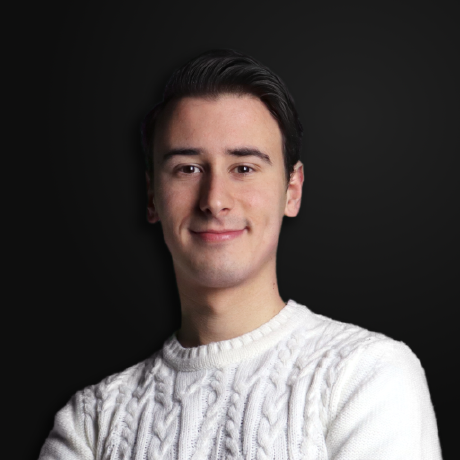 A cross-platform Text Expander written in Rust Visit the espanso website. What is a Text Expander? A text expander is a program that detects when you

What is a Text Expander?

A text expander is a program that detects when you type a specific keyword and replaces it with something else. This is useful in many ways:

If you need some help to setup espanso, want to ask a question or simply get involved in the community, Join the official Subreddit! :)

espanso is a free, open source software developed in my (little) spare time. If you liked the project and would like to support further development, please consider making a small donation, it really helps :)

Many people helped the project along the way, thanks to all of you. In particular, I want to thank:

espanso was created by Federico Terzi and is licensed under the GPL-3.0 license.

Sometimes when writing a match that uses the shell plugin, there will be a problem that interferes with proper replacement, but the nature of the problem is difficult to ascertain. The yaml syntax can be valid, the match can be triggered, but the replacement is missing.

Adding -vvv (up to how many makes a difference?) to the espanso worker command doesn't reveal if any error happened during the command run, or what the output/error was, if any.

I encountered this debugging difficulty as I tried to add a trigger for local IP address, 2 ways:

Neither of the two cmd values above produced a replacement. There are a lot of symbols, and maybe the command being run isn't what I think it is, and it would help if I could find out if it is, and anything else about the commands being run.

Using espanso on macOS 10.14 or 10.15 (seems more noticeable though) seems to die after waking from a sleep. Sometimes using restart to restart the daemon fixes it, but not reliably. I have to usually perform a full restart to get it to start using expansions again.

Just for tell which bug i found : On linux, if we reload the config, few instances of espanso could be started, i need to restart it.

When i use passive keys, text is not deleted.

The output of this command curl -s 'https://api.chucknorris.io/jokes/random' | jq '.value' in a bash shell returns the value value of the json, as expected.

Putting the same in the cmd field of an espanso rule triggers the rule but replaces the trigger word with nothing. eg.:

Allow the user to import configuration files from different locations

Is it possible to change the location of this file? The reason I ask is that some of my snippets have confidential info.

Replacements do not seem to work well with Visual Studio Code.

While Espanso greatly smooth my work, I found it inconvenient when using it within an editor, sometimes feeling necessary to switch between package. Also, this feature would also be useful for one who has a number of packages but doesn't want to use some of them for the time being.

Perhaps it could be as such

After tracking my espanso config with git I had to remove it to carry out a merge. Unfortunately, espanso kept instantly recreating it, meaning I had to stop the service before continuing.

Maybe it could be configured to only recreate it when started rather than on reload, since this was quite an annoyance.

when fast triggering expansions some character may be overwritten or miss For example, when using:

and quickly typing ', some of the ' may disappear

I'd like to say thank you to your great work on espanso first. However, recently, I encounter some incompatibility using espanso on edge. It always appends : on all my triggers but only happens on Edge.

Thanks and regards, Ben

[bug] Special characters partially not working on neo-layout and variants

This is not a real Issue for me, but I thought I might as well report this bug.

I tried using the all-emoji and the latex-symbol package, but with both of them the shortcuts just "collapsed":the characters disappeared. I am using the neoqwertz layout. It also didn't work with the standard neo-layout. When I switched to qwerty or the German qwertz layout this didn't happen. Since other expansions were working fine I went into the packages and removed the ending ":"s and "\"s from the respective packages which indeed "solved" the issue for me.

Here are a few examples for when this bug occurs and when it doesn't:

My best guess for why a "," and "." work at the end, is that they are in the same spot in the neo-layout as in qwerty.

I wanted to expand on the discussion we were having over in #632 and decided that a separate issue would probably be appropriate at this point, though the solution I will propose here would also fix #632 along with a number of other issues relating to configuration flexibility.

I started playing around with jsonnet which is essentially a small programming language targeted at writing configuration files. It can load JSON, arbitrary strings, and very soon also YAML (see: https://github.com/google/go-jsonnet/pull/339).

Similarly, it can also output JSON and YAML (the YAML output is more 'yaml'-like than just using the JSON directly in YAML).

I think this could be the way to go for packages as well, such that packages would effectively have to expose a simple jsonnet function that the user would import in their local configuration in order to smooth out any edges that they might have with their individual set (like a different choice of triggers).

I have a quick proof of concept for global triggers, but obviously the capabilities of jsonnet go far beyond this:

I can then produce files for espanso using:

This works well even without a native integrating with espanso, but using https://github.com/CertainLach/jrsonnet it could be even better.

Since jsonnet can output to yaml, you'd just have to run jsonnet on .jsonnet files in .../user/, and these would be able to live peacefully alongside existing yaml files.

Apologies for the long issue. I will continue to explore jsonnet used alongside espanso, which I think could be a super powerful combination! 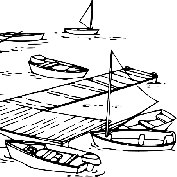