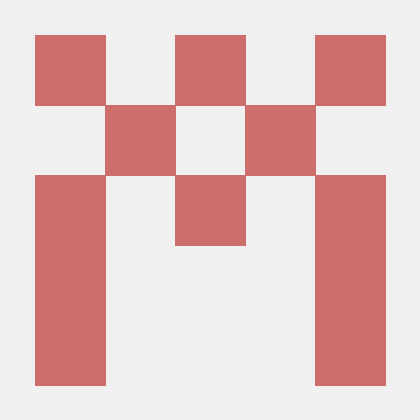 Spotifyd An open source Spotify client running as a UNIX daemon. Spotifyd streams music just like the official client, but is more lightweight and sup

An open source Spotify client running as a UNIX daemon.

We provide pre-built binaries through GitHub Actions for the more popular platforms: Linux, macOS and ARMv7. You can find them here. For extra integrity, the file's SHA-512 gets calculated and uploaded as well.

The provided binaries come in two flavours, slim and full. Each are compiled with different features. slim only contains the platform's most used audio backend, full has also all optional features enabled (see Feature Flags).

You can also compile Spotifyd yourself, allowing you to make use of feature flags. Spotifyd is written in Rust. You can download the toolchain (compiler and package manager) over at rustup.rs. Follow their instructions to get started.

Note: Please make sure that you compile the package using the most recent stable verison of Rust available throug rustup. Some distro versions are quite outdated and might result in compilation errors.

Spotifyd might require additional libraries during build and runtime, depending on your platform and the way to compile it (static or dynamic). The following table shows the libraries needed for each OS respectively.

Note: The package names for Linux are the ones used on Debian based distributions (like Ubuntu). You will need to adapt the packages for your distribution respectively.

To compile the binary, run

To install the resulting binary, run

You can use the cargo-deb create in order to build a Debian package from source. Install it by:

Then you can build and install the Debian package with:

Note, that when building a Debian package, the --release is passed to the build command already and you do not need to specify it yourself. See for the flags that are set by default in Cargo.toml.

Spotifyd is split into a base package plus additional features that can be toggled on or off during compilation. Those can be split into two groups: The audio backend features that are responsible for playing back the music and additional functionality features, which enhance your experience using spotifyd.

To enable an additional audio backend, pass <audio_backend_name>_backend as a feature flag. We currently support alsa, pulseaudio and portaudio.

Note: Compiling Spotifyd with all features and the pulseaudio backend on Ubuntu would result in the following command: cargo build --release --no-default-features --features pulseaudio_backend,dbus_keyring,dbus_mpris

Spotifyd implements the MPRIS D-Bus Interface Specification, meaning that it can be controlled by generic media playback controllers such as playerctl as well as some tools specifically designed for use with the official Spotify client such as sp.

Note: Make sure to rename the service name within the sp script to spotifyd!

Although the code greatly improved, this feature is still considered experimental. Make sure to open an issue if you encounter any issues while using other players to control spotifyd.

By default, the audio backend is ALSA, as ALSA is available by default on a lot of machines and usually doesn't require extra dependencies. There is also support for pulseaudio and portaudio.

Note: To disable this audio backend, pass --no-default-features down during compilation.

To use PulseAudio, compile with the --features flag to enable it:

You will need the development package for PulseAudio, as well as build-essential or the equivalent package of your distribution.

To use PortAudio (works on macOS), compile with the --features flag to enable it:

Note: It is important that you also pass down --no-default-features as macOS doesn't support the alsa_backend feature!

To use Rodio (works on Windows, OSX, Linux), compile with the --features flag to enable it:

On Linux you will need the development package for alsa and make/gcc. (libasound2-dev,build-essential on debian, alsa-lib-devel,make,gcc on fedora)

Spotifyd can be configured using CLI arguments. For a detailed description as well as possible values for each flag, run

The configuration file consists of two sections, global and spotifyd, whereas spotifyd takes priority over global.

The configuration file has the following format:

Alternatives to storing your password in the config file

Shell used to run commands indicated by password_cmd or on_song_changed_hook

Running as a system service

A systemd.service unit file is provided to help run spotifyd as a service on systemd-based systems. The file contrib/spotifyd.service should be copied to either:

Packagers of systemd-based distributions are encouraged to include the file in the former location. End-user should prefer the latter. It should be noted that some targets are not available when running under the user directory, such as network-online.target.

Control of the daemon is handed over to systemd. The following example commands will run the service once and enable the service to always run on login in the future respectively:

On macOS the system wide and per-user daemon/agent manager is known as launchd. Interfacing with launchd is performed through launchctl.

In order to use spotifyd as a service on macOS one must specify a .plist that represents the service, and place it in /Library/LaunchDaemons.

Once present in the /Library/LaunchDaemons directory, the .plist must be loaded and started with the following commands.

We always appreciate help during the development of spotifyd! If you are new to programming, open source or Rust in general, take a look at issues tagged with good first issue. These normally are easy to resolve and don't take much time to implement.

This project would not have been possible without the amazing reverse engineering work done in librespot, mostly by plietar.

After building on macos 10.4.6. with portaudio as backend, launching spotifyd results next panic:

I was able to build working version from source on August and after that I've only changed my rust installation from Homebrew version to rustup (guess that's not the problem here?). Any suggestions?

Credentials were not changed neither in spotifyd or spotify.com.

Spotifyd started crashing. I updated to the latest git commit 2c13ff926931ff9d341b3918d2c244cf4fbf65d5 but it still crashes immediately. I have spotify playing on my tablet when I start Spotifyd. I also have a message on the ap on my tablet saying that my credit card has expired and that I need to update my payment options ASAP.

EDIT: If you encounter rate limit errors, please use your own Spotify client ID by setting an environment variable named SPOTIFYD_CLIENT_ID. You can create a client ID here.

Hi, first of all thanks for the great work.

My status bar refreshes every 5 seconds and I'm showing the currently playing music on it. So that means in every 5 seconds I'm fetching metadata data from spotifyd with this command:

But sometimes that returns either an empty array or partial data like just the title or just the artist. Example return value: . . dict entry( string "Metadata" variant array [ ] ) . .

When I run spotifyd with --no-daemon option, it prints this for every failed fetching attempt:

And seems like the number inside Some() decreases every second and when it is 0, I can fetch the data. As I'm guessing from its name it is some kind of a limitation. Why is this happening? Is this something that set intentionally? I don't get this kind of error with the official spotify client. If is there a way to set this limitation to 5 seconds so that it can sync to my bar, I would really appreciate it.

I'm on kernel version 5.5.2 and using the lastest pre-compiled binary.

I´m having troubles to get the spotifyd.service to work, to be able to launch the application on boot.

I have MOST LIKELY done something wrong when i built it from source with this guide, i didn´t find a deb package :( https://github.com/Spotifyd/spotifyd/wiki/Installing-on-Ubuntu-%28from-source%29 I need to manually launch it from here ./spotifyd/target/release/spotifyd

I have attached my exact config: spotifyd.conf.zip

But it is here for convenience

Switching VPN on / off causes spotifyd to stop working

I just want to report that while annoying, it's easy to restart spotifyd to continue working.

I found the Document not found error. There was a typo error on 'installation' word. I just corrected that.

Device disappears after being idle for some hours

I have recently bought a new router (TP-Link Archer AX1800) and since then spotifyd always disappears from my Spotify Connect devices list after some hours of being idle (e.g. I leave my home). This is always happening, though the timeout does seem to vary a bit.

Because it happens since the introduction of my new router, I suspect some networking issue, like some TCP connection being closed despite still in use, even if barely.

Unfortunately spotifyd does not realize its connection has been closed and does not restart automatically (which would solve the problem), nothing interesting is printed in the logs, so I always have to restart the service manually, which is pretty annoying.

Could you please implement some heartbeat check or more pedantic network connection handling, so maybe it can detect connection issues and reconnect if needed?

Expected behavior 4. Notice that spotifyd is still in the Spotify Connect devices list 😊

(Downloaded the binary release from here.)

As soon as a 2nd user tries to connect the spotifyd process stops without an error (looks like a clean shutdown). Not sure if this is a bug or a "feature" or an "works as intended" 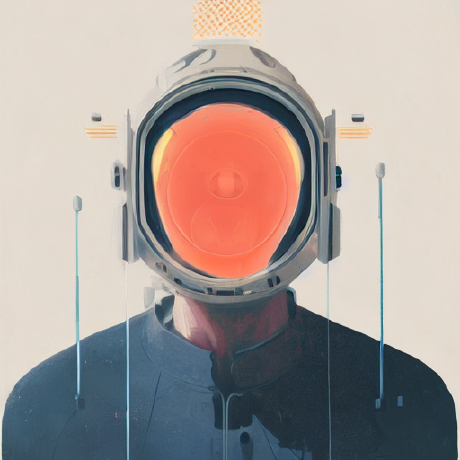 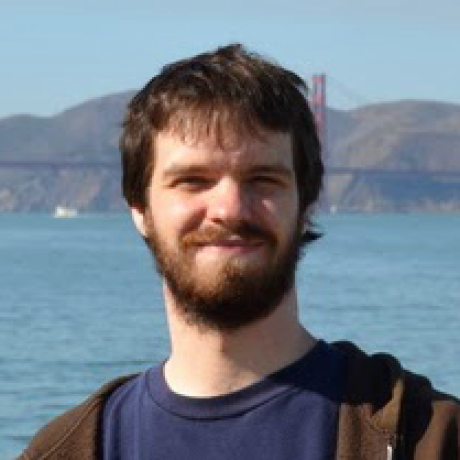 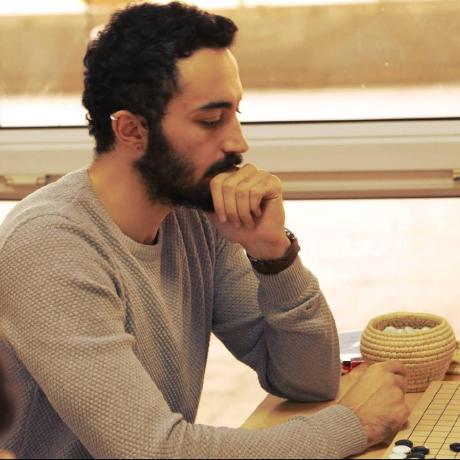