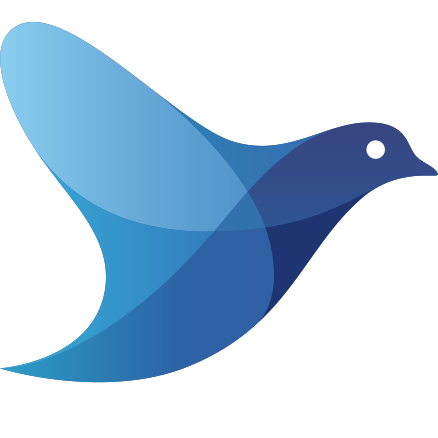 Fluentd collects events from various data sources and writes them to files, RDBMS, NoSQL, IaaS, SaaS, Hadoop and so on. Fluentd helps you unify your logging infrastructure (Learn more about the Unified Logging Layer).

An event consists of tag, time and record. Tag is a string separated with '.' (e.g. myapp.access). It is used to categorize events. Time is a UNIX time recorded at occurrence of an event. Record is a JSON object.

git should be in PATH. On Windows, you can use Github for Windows and GitShell for easy setup.

You can run specified test via TEST environment variable:

Fluentd UI is a graphical user interface to start/stop/configure Fluentd.

A third party security audit was performed by Cure53, you can see the full report here.

This commit adds 'timezone' configuration parameter which enables users to specify an arbitrary timezone. The following is an example of the usage.

The current implementation of fluentd supports 'localtime' and 'utc'. This commit adds an arbitrary timezone there.

The value format of 'timezone' is the format that Time.localtime(utc_offset) accepts. For example, "+09:00".

[Problems] We are seeing Fluentd memory leaks with Kubernetes versions >= v1.10. After some investigation, we realized the log rotation mechanism changed from Kubernetes v1.9 and v1.10, which might trigger the memory leak. Guess the logs are rotated in a way that Fluentd does not support / handle well.

Some experiment with exactly the same Fluentd version, output plugin version but different Kubernetes versions are shown below: 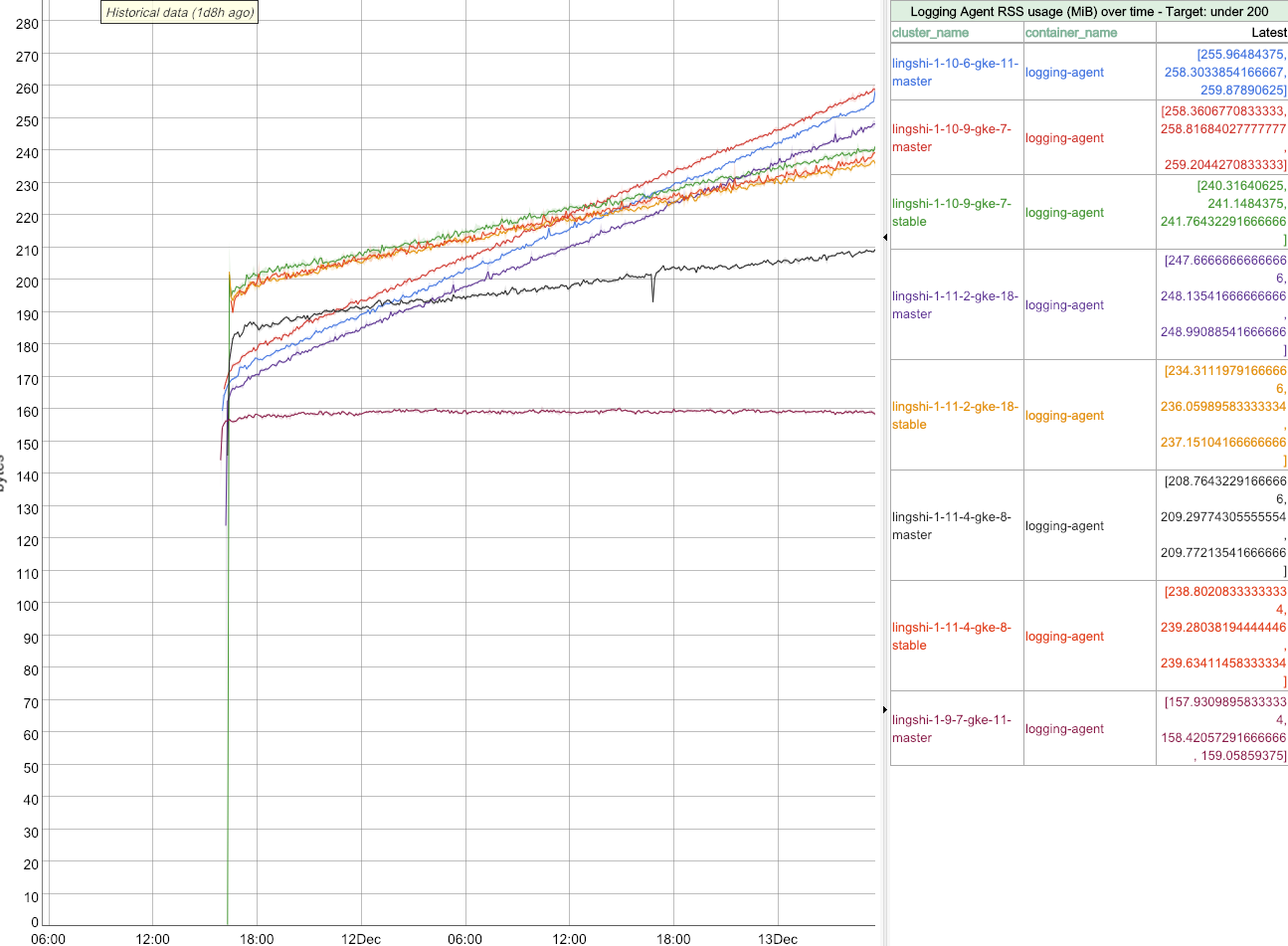 Is there any known limitation for log rotation mechanism that might trigger this? We report a similar issue before, but I've verified that we are using a Fluentd version with that fix.

We noticed a slow memory leak that built up over a month or so. 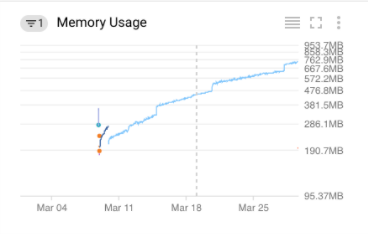 The same setup that ran with Fluentd 0.12.41 have stable memory usage over the same period of time.

Still investigating and trying to narrow down versions. But wanna create a ticket to track this.

This patch introduces new fluentd timestamp, Fluent::EventTime, which can have nanosecond granularity and is compatible with current Integer timestamp.

It behaves like Integer(@sec) in most cases. But if plugin authors want to handle subsecond, they need to use its API explicitly.

It seems to be verbose, so maybe we should make another API easy to use. For exmaple,

If the plugin is a subclass of ObjectBufferdOutput, it automatically has time_as_integer option. If the option is true, timestamps will be converted to Integer. By default it is true for backward compability.

Plugins which use ObjectBufferdOutput is following. I searched at GitHub.

fluent-plugin-map uses eval for raw timestamp, so if you do complicated operation for time, it may be broken. But Fluent::EventTime behaves like Integer in almost all cases.

Except it, as far as I have confirmed, there were no plugins which are broken by this feature.

Added time_as_integer option to forward Output Plugin. When this option is true, timestamps which are sent to another node, for example forward Input Plugin or fluentd_forwarder, is serialized as Integer. By default, time_as_integer is true for backward compatibility. If nodes which you want send to become be able to handle Fluent::EventTime, you can set this option true.

I'm having some issues with fluent 0.14.6, it was running okay for a while but a few days ago started giving me the following error on startup

This is on a centos OS. I've found references for that issue in older versions, not sure why I am getting it. Is there anything I can send you guys that might explain what is happening?

td-agent 3/fluentd 0.14.11, running on CentOS 6, writing to a file. Senders were all buffering. Multiple sigdumps were identical other than the allocation count, so I feel fairly confident things were deadlocked.

We rolled back to td-agent 2/fluentd 0.12, and may have seen the same thing, but I am not sure, and we can no longer reproduce the problem.

Which issue(s) this PR fixes: None

What this PR does / why we need it: In our use scenario, we need to monitor and track the data flow link status, and do some cleaning according to the size of the data, so we have added two fields of original data size and data flow node information to solve this need

What this PR does / why we need it: In this case, timer watcher tells file contents every 1 seconds and file contents changes is also notified from stats watcher.

In such circumstances, if some tailing files are steadily growing, previous implementation does not prevent log ingestion for written contents which is notified by stat watcher.

This commit also prevents log ingestion in such cases.

I can implement this edge case patch, but how can we write down into test cases...?

In the current version, log rotation options were supported as --log-rotate-age or --log-rotate-size via command line options.

On Windows, if you use td-agent package, fluentd is launched as a windows service, it is required to configure again via --reg-winsvc-fluentdopt or edit fluentdopt registry key for customization.

This approach is not convenient for Windows (especially td-agent) users, so it may be better to support more comprehensive solution - customize via configuration file.

If this approach is implemented, we need to update https://docs.fluentd.org/deployment/system-config

Tons of errors: ack in response and chunk id in sent data are different chunk_id="xxx" ack="yyy\n"

Check CONTRIBUTING guideline first and here is the list to help us investigate the problem.

Describe the bug I experienced an issue where Fluentd (forwader) is DOSing itself (aggregator). I see the following message in the forwarder 3 Billion times: ack in response and chunk id in sent data are different chunk_id="5c11ea50501ae864ac7e1761066cb4c7" ack="XBHqgg5jcpuNc2rP8orbhA==\n".

To Reproduce None. I haven't seen this error before, but it has pop out 2x in the last 2 weeks.

Expected behavior I would expect a retry backout or just drop the chunk if it will never succeed. Since the forwarder sends FLUENT_LOG to the aggregator, it is DOSing the aggregator.

If you hit the problem with older fluentd version, try latest version first.

Add ability to get the root-router

What this PR does / why we need it: This patch adds a way in event_emitter_router(label_name) to get the root event router. To use an empty string "" for the default router is just a proposal, maybe @DEFAULT would fit better. Why I needed it: I did not see another way to get an event it is once assigned to a label back the default route. The concat filter can send timedout events to a special label. With the route plugin the tag can be prefixed and with @label "" the event can be sent to the default filters and output.

Docs Changes: Will be updated if there is any interest. 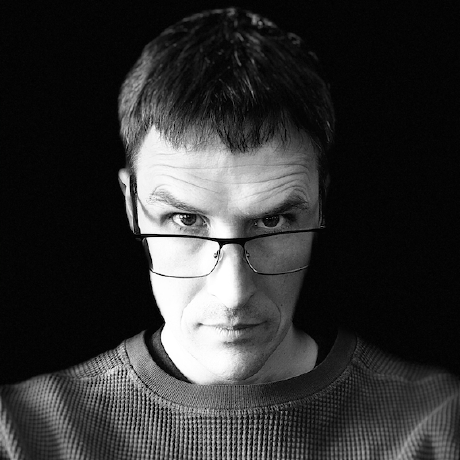 A flexible logging library for use in Ruby programs based on the design of Java's log4j library. 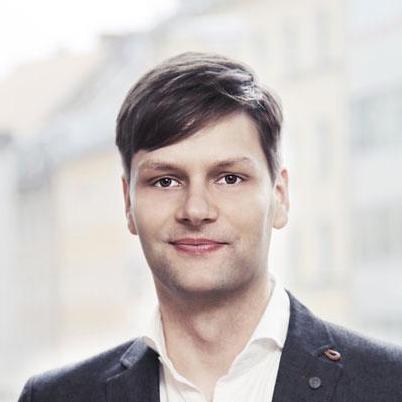 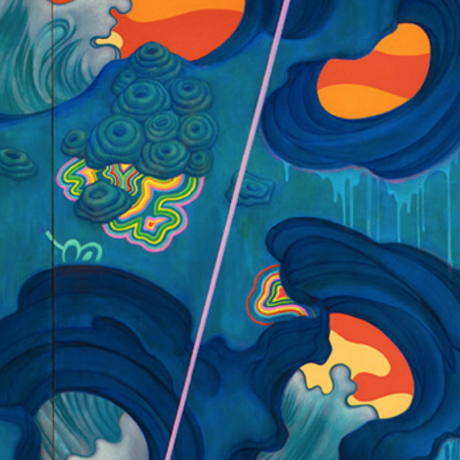 Log4r is a comprehensive and flexible logging library for use in Ruby programs. It features a heirarchical logging system of any number of levels, custom level names, multiple output destinations per log event, custom formatting, and more. 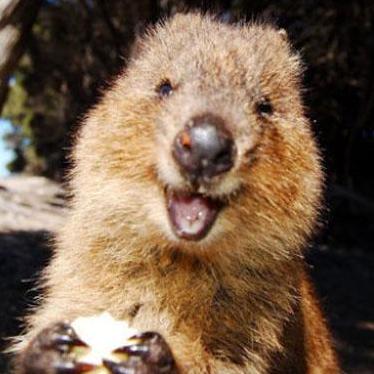 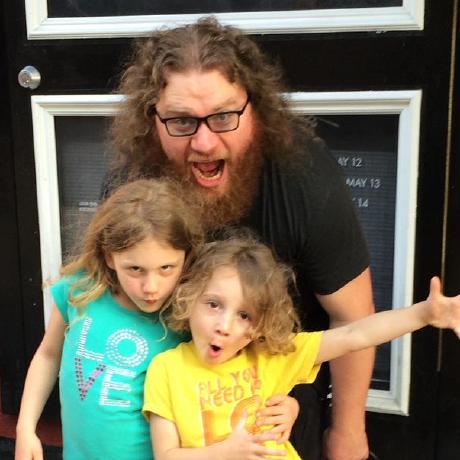 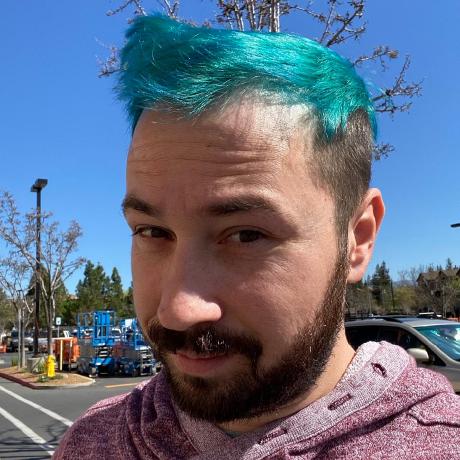 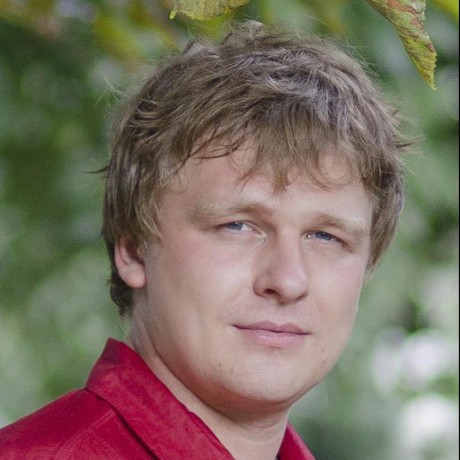