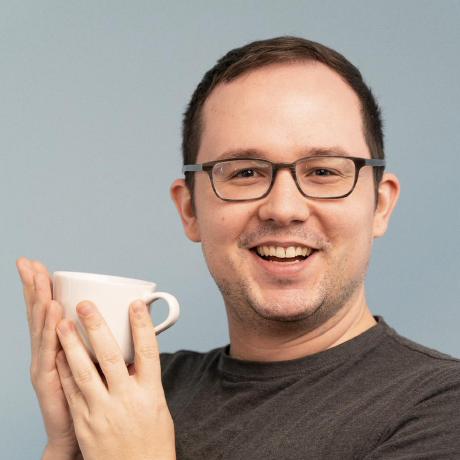 ☠️ A development tool that reveals your UI's bones

Xray-rails Reveal your UI's bones The dev tools available to web developers in modern browsers are great. Many of us can't remember what life was like before "Inspect Element". But what we see in the compiled output
Information
Resource links
https://github.com/brentd/xray-rails

The dev tools available to web developers in modern browsers are great. Many of us can't remember what life was like before "Inspect Element". But what we see in the compiled output sent to our browser is often the wrong level of detail - what about visualizing the higher level components of your UI? Controllers, view templates, partials, JS templates, etc.

Xray is the missing link between the browser and your app code. Press cmd+shift+x (Mac) or ctrl+shift+x to reveal an overlay of the files that rendered your UI, and click anything to open the file in your editor. So far, Xray can reveal:

This gem should only be present during development. Add it to your Gemfile:

Then bundle and delete your cached assets:

Restart your app, visit it in your browser, and press cmd+shift+x (Mac) or ctrl+shift+x to reveal the overlay.

By default, Xray will insert itself into your views automatically. To do this, config.assets.debug = true (Rails' default) must be set in development.rb.

Otherwise, you can insert Xray's scripts yourself, for example like so in application.js:

By default, Xray will check a few environment variables to determine which editor to open files in: $GEM_EDITOR, $VISUAL, then $EDITOR before falling back to /usr/local/bin/subl.

You can configure your editor of choice either by setting one of these variables, or in Xray's UI, or in an ~/.xrayconfig YAML file:

For something more complex, use the $file placeholder.

Xray augments HTML templates by wrapping their contents with HTML comments. For some environments such as Angular.js, this can cause Angular templates to stop working because Angular expects only one root node in the template HTML. You can pass in the option xray: false to any partial render statements to ensure Xray does not augment that partial. Example:

Note that this disables Xray's HTML comment wrappers for my_partial, but not any sub-partials rendered within that template, if any. You must pass xray: false to each render call where you want Xray disabled.

Currently there is no way to disable Xray entirely for a given request. If this feature is important to you, please leave a comment on issue #75. PRs are appreciated!

If you have an idea, open an issue and let's talk about it, or fork away and send a pull request.

Worth noting is that I have plans to solidify xray.js into an API and specification that could be used to aid development in any framework - not just Rails and the asset pipeline.

xray-rails is not compatible with Rails 5 beta?

I get an error after the latest version of xray is added to a Rails 5 project.

It's currently not working with Sprockets 4: https://github.com/rails/sprockets/blob/master/guides/extending_sprockets.md

Use $EDITOR by default instead of Sublime Text

The $EDITOR variable is a well-established convention, and people using Sublime probably have it set to subl, so I think this is probably a better default setting.

I have a Rails 4.2.5.1 app that's already using Jquery, and I stumbled upon this gem today. Added to development group, bundled, removed tmp assets, double checked config.assets.debug was set to true, restarted the app, and tried cmd+shift+x and nothing. Checked console, nothing. Checked html source, found comments for xray wrapping code and figured that's a fallback option for me, but no js file being included on the page.

So I manually required xray in my application.js, reloaded, and I now see the xray message in my console, and the shortcut works! Awesome! Except I can't deploy to heroku like this since it can't find the file to include during precompile phase since I can't tell it to not include that file outside development.

Is there something else I might be missing here? The app doesn't use backbone. It seems like everything is working except the automatic require. As soon as I remove the require, it stops working.

Provide option for Xray to be turned off in render options

AngularJS does not work when the templates are augmented so this commit allows the augmentation to be turned off with the option xray: false passed to the render statement.

Please note that when running your test suite currently, spec/xray/middleware_spec.rb:69 fails every time. This was failing before and after my tests were added.

We had some trouble to upgrade to sprockets 4 so I want to share our solution.

Include this MP in your application.rb (xray-rails must allready be required)

This will no longer be necessary with the next release of xray-rails. You could include

Add = javascript_include_tag 'xray', nonce: true if Rails.env.development? as last element of the head tag. You need to make sure jQuery is already available.

Add = render partial: '/xray_bar' if Rails.env.development? as first element of the body tag. This will no longer be necessary if this MR is merged https://github.com/brentd/xray-rails/pull/101

Please let me know if you made some different changes.

view component is a library used by Github which grows in popularity for replacing partials. I made a Proof of concept by patching into ViewComponent render method:

It then uses the Ruby object's name as template address. One could optimize the path extraction, but maybe someone else want's to pick up the POC and work this into this library.

Rewrite to remove dependency on jQuery

The assumption that a project even includes/uses jQuery is rather unsafe and unusual these days.

But the core of this project is still valuable in the modern post-jQuery Rails world, so it would be nice to keep the good parts and just remove the dependency on jQuery.

Looks like it wouldn't be too hard to rewrite app/assets/javascripts/xray.js without it.

While we're at it, consider:

In both a real app that I just upgraded to sprockets 4 and the spec/dummy app in this project, I noticed that javascript_include_tag "application" no longer injects a separate script tag for jquery.

With Sprockets 3, this line:

in spec/dummy/app/assets/javascripts/application.js used to result in separate script tags being emitted, like this:

But now with Sprockets 4, it concatenates everything and just emits this instead:

That's fine. Concatenating them into a single script is what it should be doing (at least in production). I still don't understand what was making it emit the separate jquery.js line before — or why xray-rails is designed to depends on that line being there to even work properly.

Maybe the Rails.application.config.assets.debug is what caused it to split that into sub-assets in dev before? But that is still set to true. So maybe sprockets/rails changed that behavior.

Whatever the case, as a workaround for now, this is what I did in my real app:

I just included the xray script directly, because I know jquery is included in my application.js script, and since xray-rails no longer adds that for me.

Inside this project, I worked around it slightly differently (in #101):

... because the tests are still testing to make sure that xray.js gets added automatically, and if I just included

then it would no longer be testing that xray.js gets added automatically (which might be okay — maybe we should just remove that feature).

Personally, I'm starting to think that the feature where it automatically adds xray.js to the document is more trouble than it's worth.

I propose that we remove that automatic feature and just make it part of the install instructions that you need to add this line to your template/layout:

Sure, zero-config one-click installs are nice and all, but:

I guess that's why this branch exists — to give you that flexibility:

I guess I'm just wondering why we should even bother keeping the other (add xray.js after jquery.js) branch. Is it really worth it?

It might have been a fair enough assumption back in the olden days (2012), but these days (with use of webpack in Rails projects the norm, etc.), it doesn't make as much sense. For that matter, why not remove the dependency on jQuery entirely (#111)?

What about projects using webpack for JS instead of sprockets?

We should also think about what the right way to include xray into a project if it is using webpack for JS (which I understand is the default way in Rails 6, though I have not upgraded yet in my apps) instead of sprockets...

In that case, we will have the same problem: the template will have a line like this:

which will not add a separate script tag for jquery.js either.

Support of Ruby 2.4 has ended so we should stop wasting time officially supporting it and remove it from .travis.yml.

While we're at it, can we drop support for Rails 4, and only supporting 5.2 and up going forward?

If someone really wants to use an old version of Ruby/Rails, they can lock to an old version of xray-rails. I've already spent too much time trying to get everything (mostly tests) to work in all versions as part of https://github.com/brentd/xray-rails/pull/101, but I regret wasting my time doing so. The correct choice would be to just drop support for ancient versions and spend what little time we have supporting current/future versions.

This is the library for the Unbounded Interleaved-State Recurrent Neural Network (UIS-RNN) algorithm, corresponding to the paper Fully Supervised Speaker Diarization. 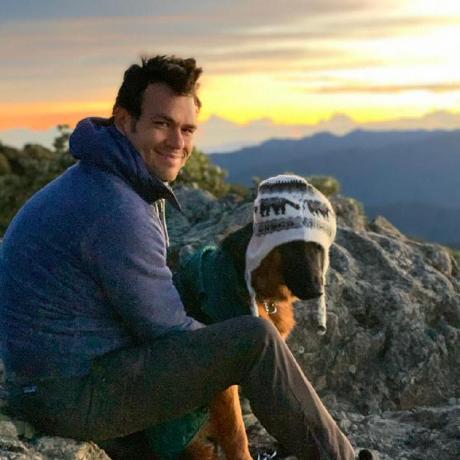 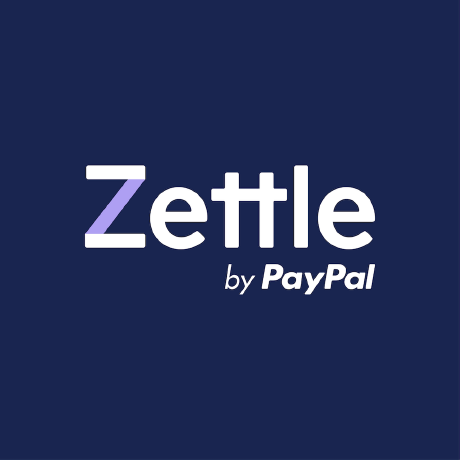 Form is an iOS Swift library for building and styling UIs 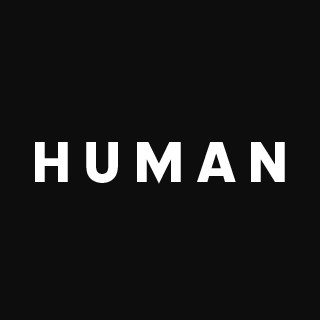 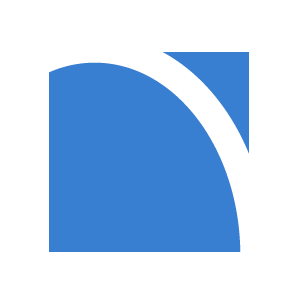 Fastglue is an opinionated, bare bones wrapper that glues together fasthttp and fasthttprouter to act as a micro HTTP framework. 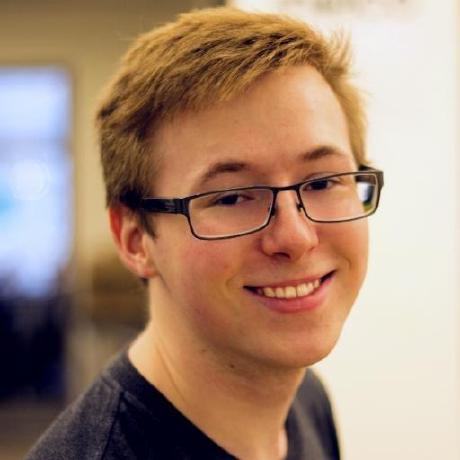 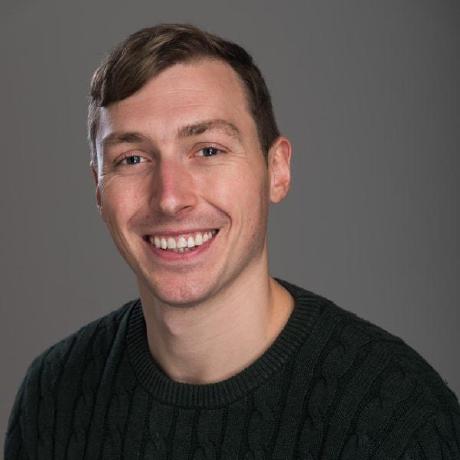 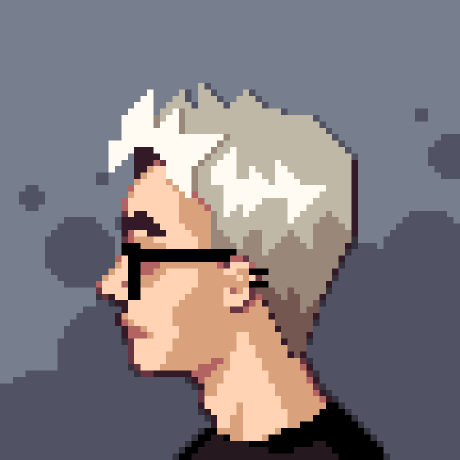 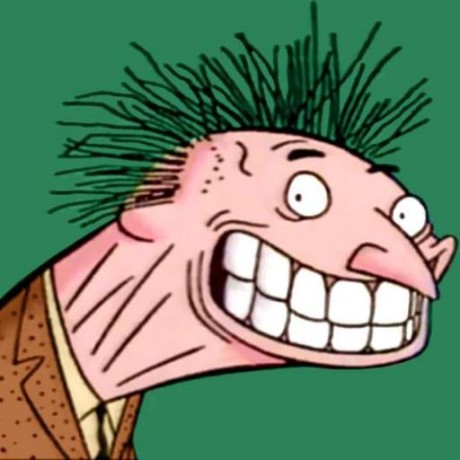 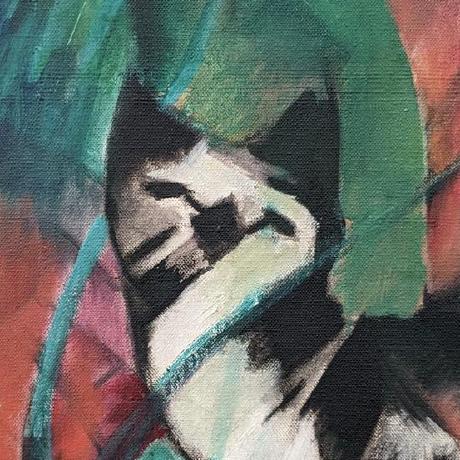 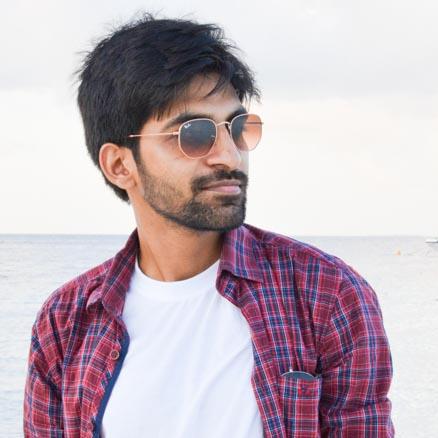 A collection of Screens and attractive UIs built with Flutter ready to be used in your applications. No external libraries are used. Just download, add to your project and use. 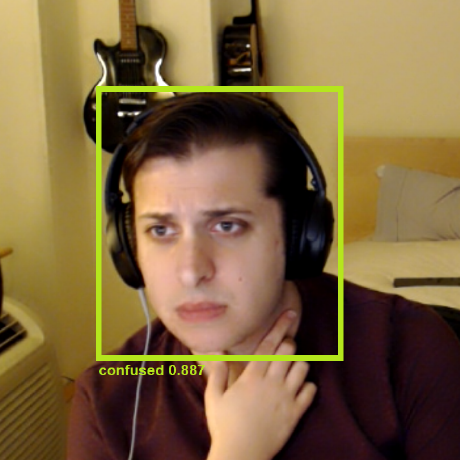 A design system for building faithful recreations of old UIs 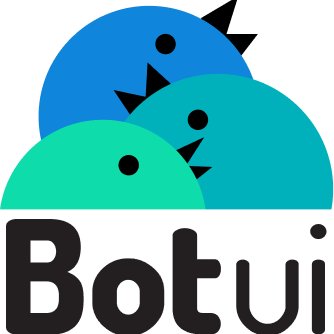 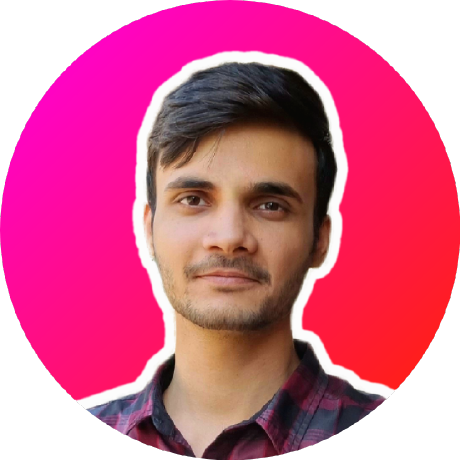 Collection of UIs and Animations built with Jetpack Compose for Android 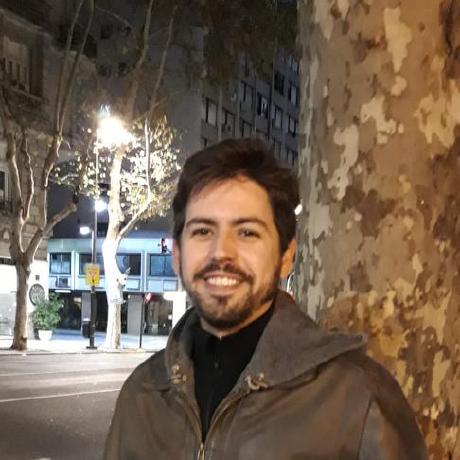 A declarative framework for building efficient UIs on Android. 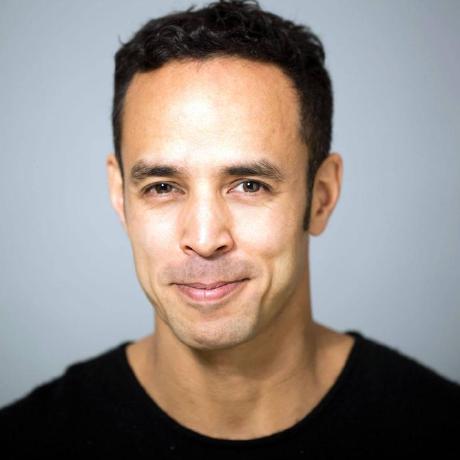 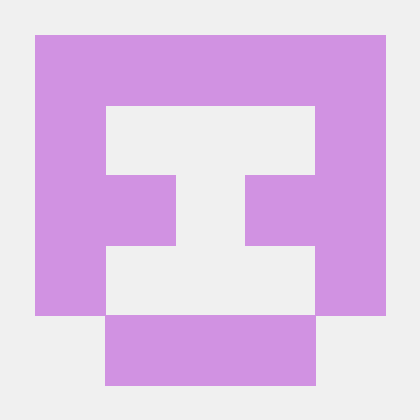 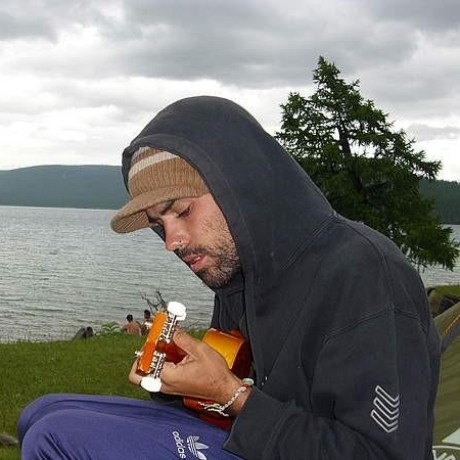 Byebug Byebug is a simple to use and feature rich debugger for Ruby. It uses the TracePoint API for execution control and the Debug Inspector API for call stack navigation. Therefore, Byebug doesn't depend on internal core so
Debugging Tools
1.9k
Step-by-step debugging and stack navigation in Pry

pry-byebug Adds step-by-step debugging and stack navigation capabilities to pry using byebug. To use, invoke pry normally. No need to start your script or app differently. Execution will stop in the first statement after yo
Debugging Tools
1.5k
[UNMAINTAINED - LOOKING FOR MAINTAINERS] Every Rails page has footnotes that gives informa... 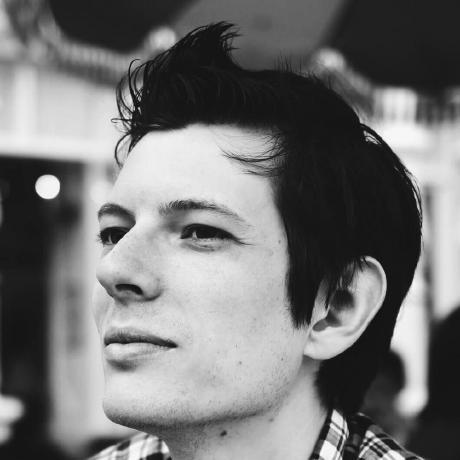 Xray-rails Reveal your UI's bones The dev tools available to web developers in modern browsers are great. Many of us can't remember what life was like before "Inspect Element". But what we see in the compiled output