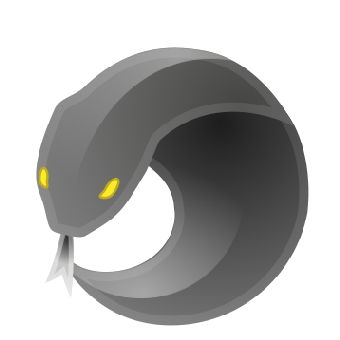 DO NOT USE. Implementation of Python 3.x for .NET Framework that is built on top of the Dynamic Language Runtime.

IronPython 3 IronPython3 is NOT ready for use yet. There is still much that needs to be done to support Python 3.x. We are working on it, albeit slowly. We welcome all those who would like to help! Official Website IronPython i

IronPython3 is NOT ready for use yet. There is still much that needs to be done to support Python 3.x. We are working on it, albeit slowly. We welcome all those who would like to help!

IronPython is an open-source implementation of the Python programming language which is tightly integrated with the .NET Framework. IronPython can use the .NET Framework and Python libraries, and other .NET languages can use Python code just as easily.

Comparison of IronPython vs. C# for 'Hello World'

IronPython 3 targets Python 3, including the re-organized standard library, Unicode strings, and all of the other new features.

This project has adopted the code of conduct defined by the Contributor Covenant to clarify expected behavior in our community. For more information see the .NET Foundation Code of Conduct.

Builds of IronPython 3 are not yet provided.

Since the main development is on Windows, Mono bugs may inadvertantly be introduced

From my point of view, it would be enough if IronPython 3.x only supports .net framework version equal-greater than 4.5.1. This may make the build and test-process more easy.

Here is my exploration around the re-implementation of the buffer protocol (#21). I will try to make incremental changes that will keep IronPython working (so all tests should be passing).

Each step is a proposal of an idea that can be discussed and adjusted, so smaller steps are preferable, rather a large dive that goes nowhere.

The PR is writable to the maintainers, so I welcome commits on top in a collaborative effort.

Also round with no ndigits argument always returns an int:

The challenge is that .NET encoder and decoder fallback interfaces are only character oriented. This was also a problem in CPython, but they could extend the interface to allow fallbacks to produce output on byte level (see discussion PEP 383).

Execute the script will result in

This also causes the CPython.test_super test to crash.

Maybe a remnant from the time when a list comprehension did not introduce a new scope.

The issue is that the PythonType._subtypes list (which is used for the __subclasses__ method) is growing every time a new subclass is created and not getting cleaned up as types get GCd. This is not actually a regression with ipy2, if you swap the class definitions with new-style classes then it also fails there.

I'm not super happy with the perf impact of this solution but I'm not sure what else to do (other than adding a finalizer to PythonType). @BCSharp any other ideas?

For example ipy -bus fails with:

File -bus does not exist.

instead of being processed as ipy -b -u -s.

In some cases, aggregate options are recognized as special cases, for instance -bb as -b -b and -OO, but only because they are being seen as distinct explicitly defined options. Instead of this handling, all options should be processed as single letter, some with an optional argument after a space or a colon.

This option processing behaviour is expected by Python tools and modules. For instance, ipy -m venv fails because as part of the virtual environment creation, the following command is run: 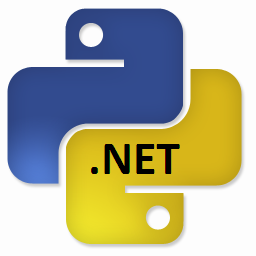 Python for .NET is a package that gives Python programmers nearly seamless integration with the .NET Common Language Runtime (CLR) and provides a powerful application scripting tool for .NET developers.

DO NOT USE. Implementation of Python 3.x for .NET Framework that is built on top of the Dynamic Language Runtime.