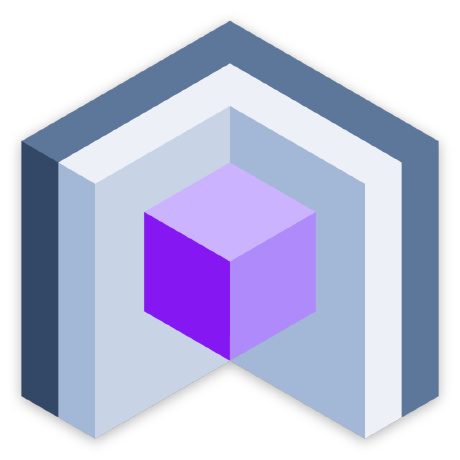 :atom: Run code interactively, inspect data, and plot. All the power of Jupyter kernels, inside your favorite text editor.

Hydrogen Hydrogen is an interactive coding environment that supports Python, R, JavaScript and other Jupyter kernels. Checkout our Documentation and Medium blog post to see what you can do with Hydrogen. Content

Hydrogen is an interactive coding environment that supports Python, R, JavaScript and other Jupyter kernels.

Checkout our Documentation and Medium blog post to see what you can do with Hydrogen.

Hydrogen was inspired by Bret Victor's ideas about the power of instantaneous feedback and the design of Light Table. Running code inline and in real time is a more natural way to develop. By bringing the interactive style of Light Table to the rock-solid usability of Atom, Hydrogen makes it easy to write code the way you want to.

You also may be interested in our latest project – nteract – a desktop application that wraps up the best of the web based Jupyter notebook.

Hydrogen has support for plugins. Feel free to add your own to the list:

If you are interested in building a plugin take a look at our plugin API documentation.

Here is a list of external packages that could be useful when using Hydrogen (without using Hydrogen plugin API, as such they're mostly only related to the UIs):

If you find/create a package that you think can be useful when used in combination with Hydrogen, feel free to make a PR and add it.

Hydrogen implements the messaging protocol for Jupyter. Jupyter (formerly IPython) uses ZeroMQ to connect a client (like Hydrogen) to a running kernel (like IJulia or iTorch). The client sends code to be executed to the kernel, which runs it and sends back results.

Hydrogen atoms make up 90% of Jupiter by volume.

Plus, it was easy to make a logo.

Thanks for taking the time to contribute. Take a look at our Contributing Guide to get started.

Then, take a look at any issue labeled good first issue or help wanted that has not been claimed. These are great starting points.

Every release is documented on the GitHub Releases page.

This project is licensed under the MIT License - see the LICENSE.md file for details

Using Python 3 installed with homebrew. Jupyter notebooks run fine from the terminal and ipython works within that environment, but within Atom, Hydrogen cannot seem to start the kernel. When selecting Kernel within Hydrogen, "Python 3" shows up as automatically found kernel to select.

does not show print output in a hydrogen bubble

all features work but the "print" function doesn't show the output in a bubble, but only with a √ mark to the right. I am using an anaconda python. It this a problem of anaconda?

The goal of these changes is to make the plugin API more generally useful, by allowing plugins to intercept or issue kernel commands.

Here are just some of the plugin ideas that these changes aim to make possible:

An example of how to use the updated API is currently in the diff for lib/main.js (actual location for examples is TBD).

These changes have similar goals to my previous approach, but I'm now basing them on the concept of middleware classes rather than event handlers. I think this is a more hassle-free approach.

Note that I'm enforcing separation between the plugin interface and hydrogen internals: in particular, the way to extend hydrogen does not involve inheriting from any classes defined in hydrogen core. This introduces an extra level of indirection, but I think it's the right approach in the long run because it allows hydrogen core to evolve at a different pace from the plugin API. It also allows multiple versions of the plugin API to coexist, which I think is good practice for maintaining backwards compatibility.

The WIP tag reflects the fact that there are still two unresolved questions that I'd like feedback on (assuming the overall approach is sound).

I am working on MacOS, and after updating Atom and Hydrogen, I had to rebuilt Hydrogen from the dedicated panel that was specifying an incompatibility. However, after doing so, Atom crashes whenever I try to run any python code (see the screenshot). The issue appears with a minimal code: import numpy as np. Atom is warning me about 2 deprecations (see the second screenshot), but no update is available to solve this issue. 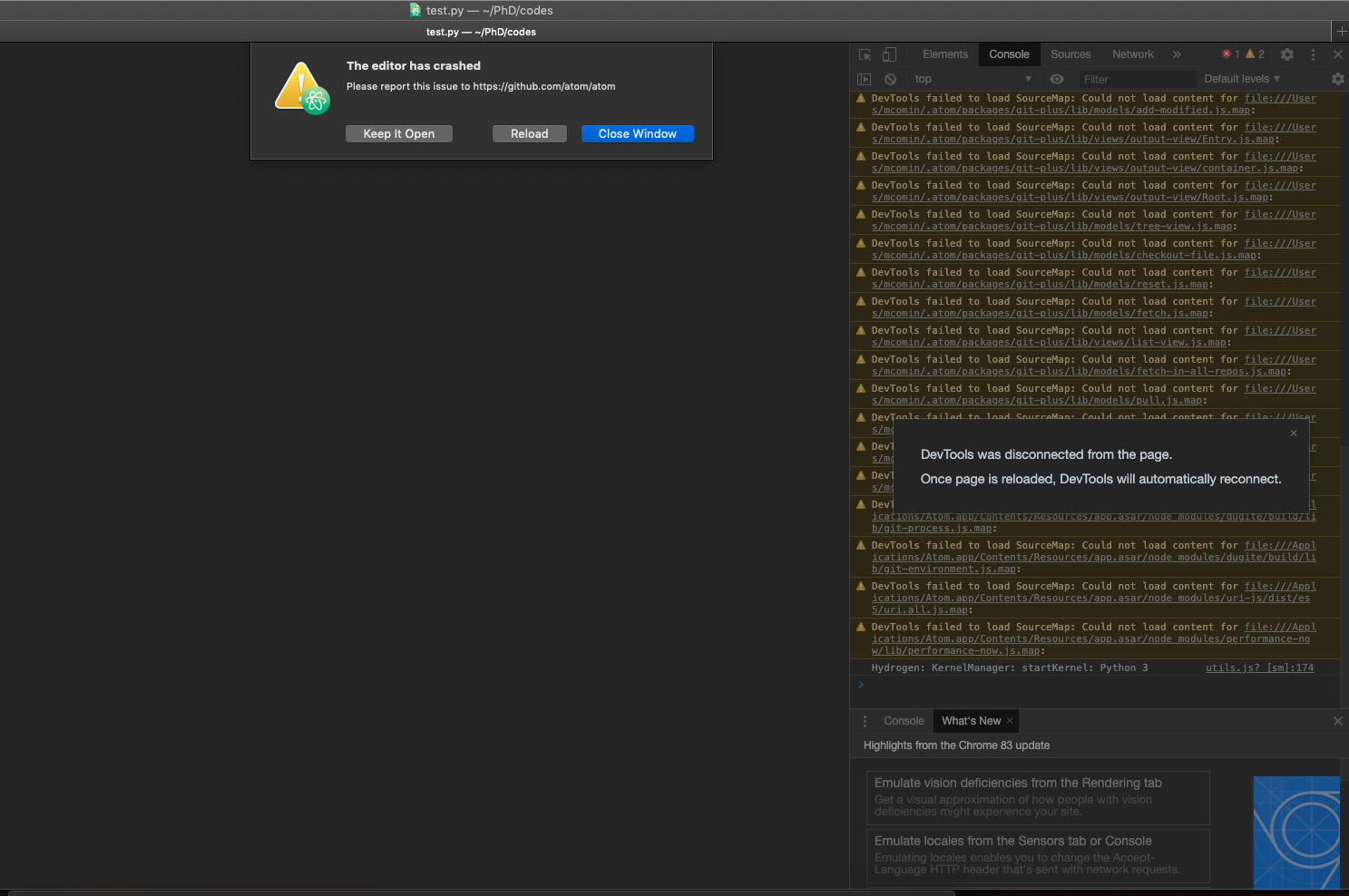 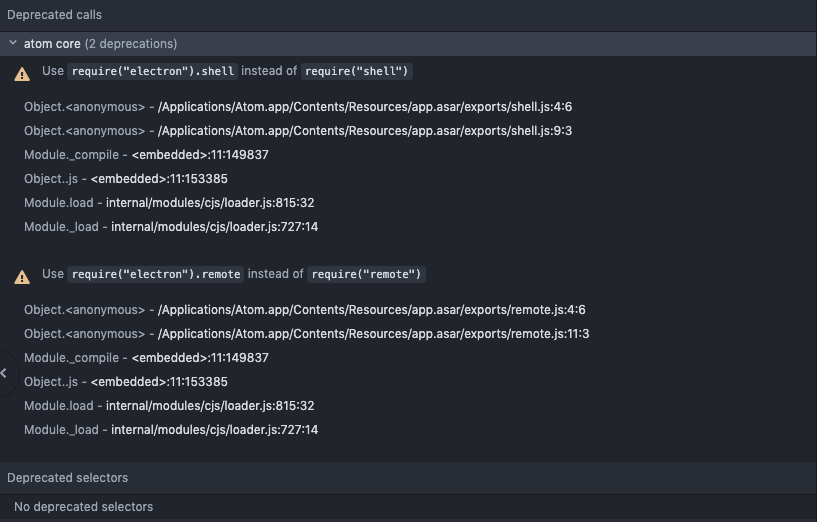 I am running an Arch Linux System and I have installed iPython using the default package manager, however Hydrogen doesn't seem to find my installation. I don't understand how the whole "kernel" thing works with iPython, I just want the fancy functionality of Hydrogen. I'm sorry I posted this here but I didn't know where else to put it.

As you can see, there's no python kernel:

Thanks to everyone for developing hydrogen!

I'm really happy with the features it provides, but unfortunately there are a few things that make it really hard to use with my everyday workflow. I'd like to share a rather substantial set of changes I made to get remote kernel support into a state where I can use it. (The code is still pretty rough; I haven't cleaned it up yet)

The work was driven by two guiding principles:

The second point might seem obvious, but it is the main reason for using kernel gateways. ZMQ-forwarding approaches (like rk) tend to fail pretty badly on this regard. When the SSH connection to the server drops, they tend to activate cleanup routines that basically assume that the kernel is dead. This usually makes something as trivial as disconnecting from Wifi effectively kill a remote kernel. The desired behavior is tricky enough to get right that I know of only two implementations that can do it. They are the jupyter notebook and the jupyter kernel gateway (an official Jupyter project that mimics the programmatic API of the notebook)

Also remote kernels shouldn't be covered by hydrogen's resource management, which tends to destroy kernels on multiple codepaths (e.g. when hydrogen is disabled)

Changes in this patchset:

For simplicity I implemented this as a replacement to ZMQ-based connections. This adds a hard dependency on jupyter and either jupyter_kernel_gateway or jupyter_notebook for local connections, but I don't see that as a problem because you're going to have to install some local kernels anyway.

At the moment it requires manually starting a notebook or gateway on localhost:8888, but if there is interest in the approach I think hydrogen could spawn its own gateway automatically.

Many of the more advanced features haven't been ported (so they don't work), but core execution functionality is there.

I think the current state of the patch covers enough functionality to support a discussion about the merits of the approach.

How can I tackle this error?

In the documentation an example is given in the Images (Python) section: https://nteract.gitbooks.io/hydrogen/content/docs/Usage/Examples.html#images

However, there is no image at the proposed address: http://jakevdp.github.com/figures/xkcd_version.png

Updated the dependencies which fixes the following: 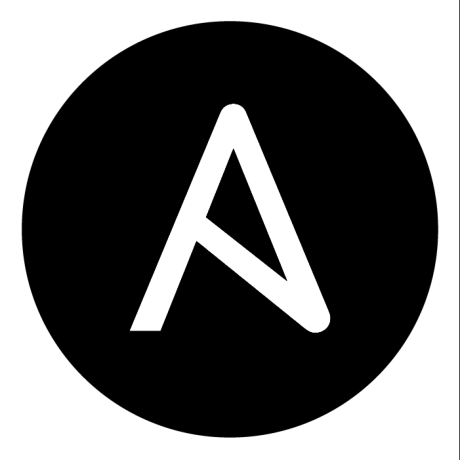 Ansible is a radically simple IT automation platform that makes your applications and systems easier to deploy. Avoid writing scripts or custom code to deploy and update your applications — automate in a language that approaches plain English, using SSH, with no agents to install on remote systems. https://docs.ansible.com/ansible/ 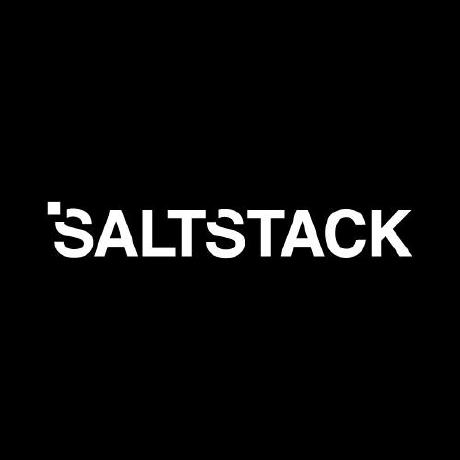 Software to automate the management and configuration of any infrastructure or application at scale. Get access to the Salt software package repository here: 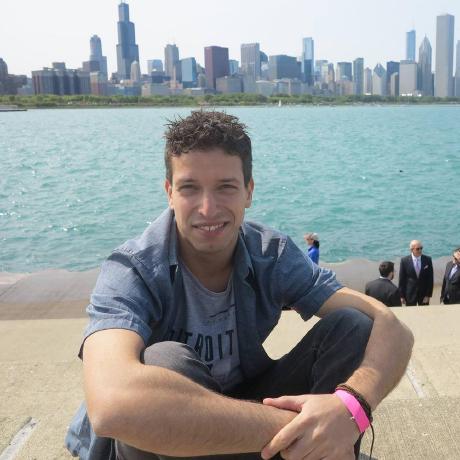 Cross-platform lib for process and system monitoring in Python 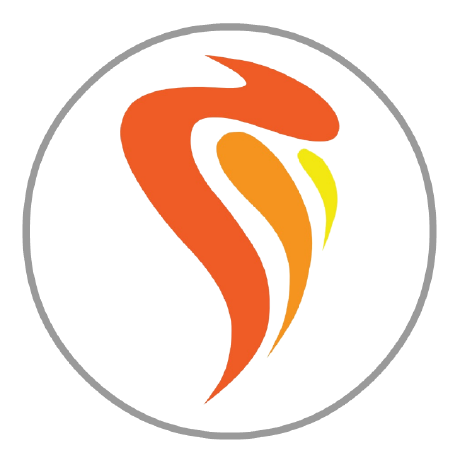 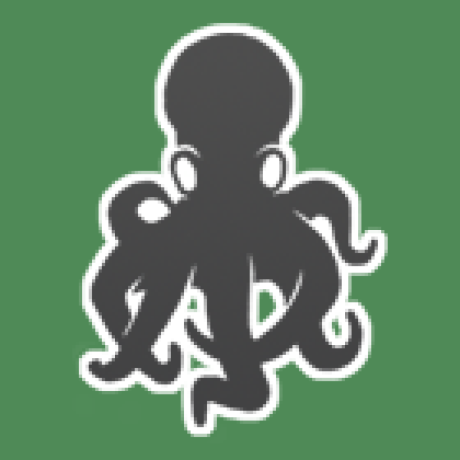 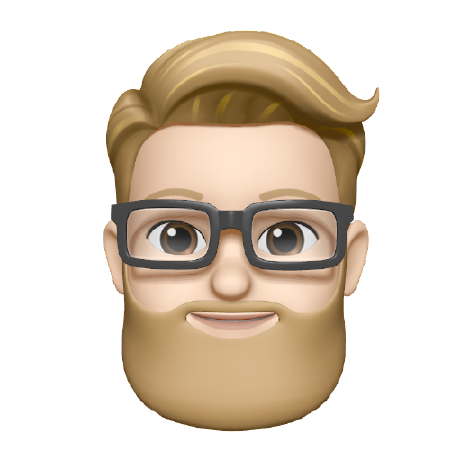 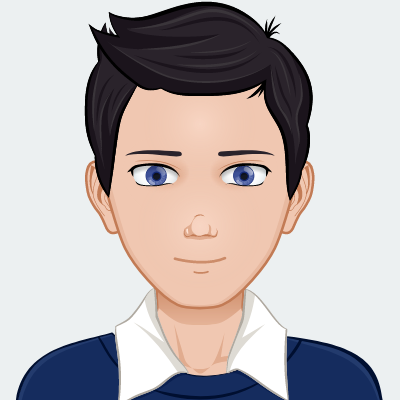 DevOps Guide from basic to advanced with Interview Questions and Notes 🔥

:atom: Run code interactively, inspect data, and plot. All the power of Jupyter kernels, inside your favorite text editor. 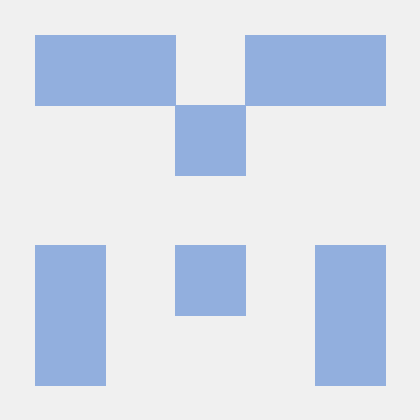 A Python module for controlling interactive programs in a pseudo-terminal 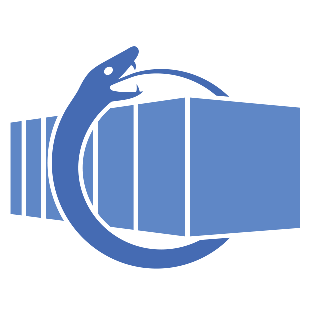 ⚠️ ⚠️ ⚠️ ouroboros is no longer in development. It does its job (more or less) and the devs have succumb to real life! Please feel free to fork and maintain as you wish. We appreciate all of the support in the last year :
DevOps Tools
75
QoS Measurement & Dependency Graph Platform 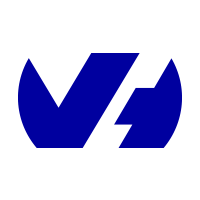 View a larger version of the GIF DepC (Dependency Checker) is a QoS Measurement &amp; Dependency Graph Platform created by OVH. We use it to store and request our CMDB and to compute the QoS of our infrastructure, including o
DevOps Tools
55
A tool based on presto using sql to query the resources of kubernetes, such as pods, nodes... 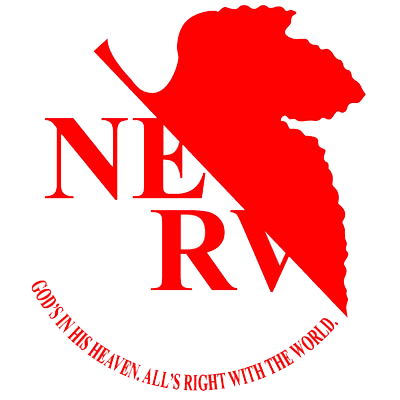 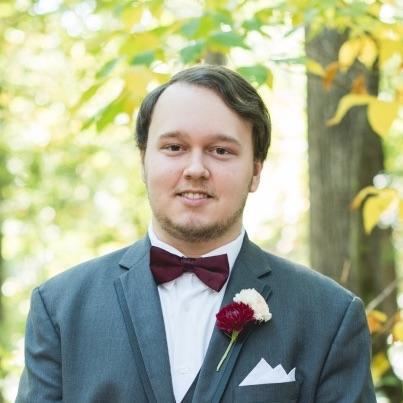 Monitoring Pi-Hole statistics with Grafana
DevOps Tools
382
Research workflows made easy, locally and in the Cloud.

Caliban is a tool that helps researchers launch and track their numerical experiments in an isolated, reproducible computing environment. It was developed by machine learning researchers and engineers, and makes it easy to go from a simple prototype running on a workstation to thousands of experimental jobs running on Cloud.
DevOps Tools
63
Automated Attack Simulation in the Cloud, complete with detection use cases. 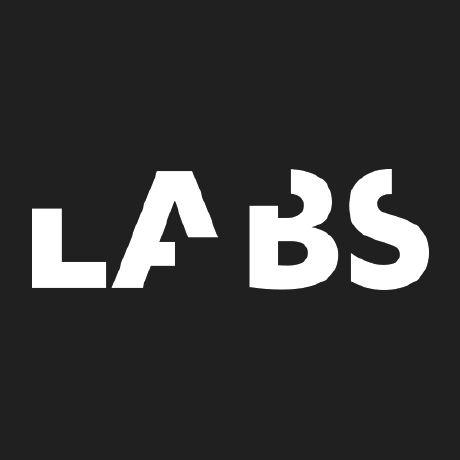 This is the repository containing Leonidas, a framework for executing attacker actions in the cloud. It provides a YAML-based format for defining cloud attacker tactics, techniques and procedures (TTPs) and their associated detection properties.
DevOps Tools
85
Declaratively manage images built from a set of Dockerfiles 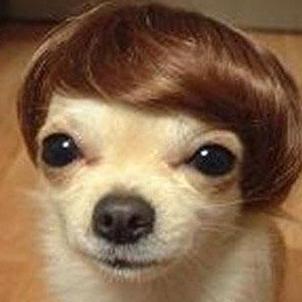 Dockerfiler is a tool for declaratively managing images built from a set of Dockerfiles. Basically, it can help you manage a "Dockerfile" repo where you build any tools you want into images that you control