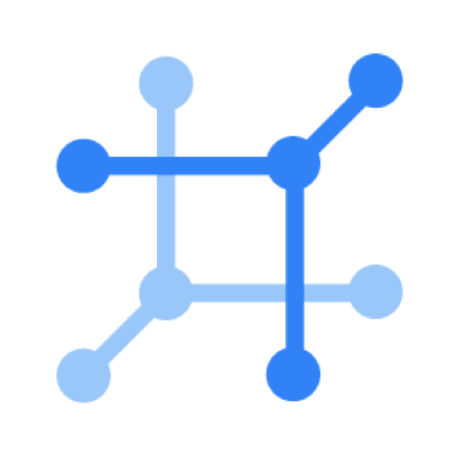 NetBox is an IP address management (IPAM) and data center infrastructure management (DCIM) tool. Initially conceived by the network engineering team at DigitalOcean, NetBox was developed specifically to address the needs of network and in
Popular

NetBox is an IP address management (IPAM) and data center infrastructure management (DCIM) tool. Initially conceived by the network engineering team at DigitalOcean, NetBox was developed specifically to address the needs of network and infrastructure engineers. It is intended to function as a domain-specific source of truth for network operations.

NetBox runs as a web application atop the Django Python framework with a PostgreSQL database. For a complete list of requirements, see requirements.txt. The code is available on GitHub.

The complete documentation for NetBox can be found at Read the Docs.

Please see the documentation for instructions on installing NetBox. To upgrade NetBox, please download the latest release and run upgrade.sh.

Feature requests and bug reports must be submitted as GiHub issues. (Please be sure to use the appropriate template.) For general discussion, please consider joining our mailing list.

If you are interested in contributing to the development of NetBox, please read our contributing guide prior to beginning any work.

Please see our wiki for a list of relevant community projects.

Currently, NetBox does not support any concept of physical cable plant installations. We can connect one interface to another, but there is no way too associate that connection with information about the physical path taken by the cabling.

Ideally, NetBox should support the construction of physical cable paths to be associated with data (and perhaps console) connections. This would entail the tracking of individual path panels and cables, as well as the ability to support bundles of cabling (e.g. MPO fiber trunks).

The database schema necessary to support this feature will take quite a bit of thought. However, once that schema has been devised and agreed upon, it should be relatively easy to incorporate in NetBox.

Any plans to support virtual devices? e.g. a VM or virtualized network appliance which may have multiple interfaces and be parented to a single 'Device' or a 'Platform' of devices?

I've read https://github.com/digitalocean/netbox/issues/446 and thought that it would be nice to have a more general and finer access control with an ability to restrict users (user groups) to view / edit / create objects only in specific Tenants, Tenant Groups, or Sites. And such access control should be enforced in UI as well as in API access.

That way one could give some limited access for the tenants' engineers themselves, or set some internal access boundaries (for the security-conscious).

Basic support for DNS resolution for mapping individual IPs to provide additional metadata/logic to assist with searches and investigation of individual IP usage.

Ability to use external authentication via a proxy (eg. Keycloak-proxy, Nginx, Apache) by setting the appropriate headers. It was already described as a possibility here but I find no documentation or anything about this topic.

It should be possible to pass authentication headers to netbox and either add a user automatically to the local database and make it possible to give the correct permissions in netbox or use the permissions passed via a header.

This would be very useful because it wouldn't be necessary to implement and maintain dozens of different authentication mechanisms directly to Netbox but just pass the headers.

There is already an example for this in the wild but it requires some code changes and patching Netbox on every update is in my opinion not a good idea. So it would be really cool if something like this could be implemented in the codebase.

update docs to include installation in RHEL/CENTOS

The getting started guide can be followed almost completely but, it looks like the packages have diff names. Will have to figure out then update docs.

Add a favicon to both GraphiQL workspace and REST API. Plus add a page title to the GraphiQL playground.

When testing Netbox API calls the tabs in a browser do not stand out very recognizable. The page title for the REST API pages reflects the path one is on. The GraphiQL playground has no title so it renders the full query URL in the tab title.

Default value for Custom Field is not displayed

The default value is displayed on the UI

Dashes are displayed as default value:

The GQL schema presents an attribute that will fetch the rendered config context. No such attribute is found on the generated graphQL schema.

No attribute is available. Note: local_config_context is a directly assigned/attached attribute, but this is not the rendered config_context as present in the REST API.

I would expect the data from the renamed field to be shown.

The data is shown as "--" However, when querying via the API the custom field is renamed and the data is intact.

I have also observed when querying the API that the custom_field is renamed, but if I apply a "tenant=xxxx" filter to the api request, the field is empty:

My workaround is to:

I believe this is probably a caching/db index issue.

From browsing the code I think the following use GenericForeignKey relationships:

This would be needed if we truly want to leverage graphql queries to tie separated but related models together. For example, we cannot currently tie circuit information or ipam data to a device's interfaces.

This issue serves to track small fixes to the mobile UI in the upcoming version 3.0 release that aren't big enough to justify individual bug reports. Please comment below with any issues you encounter within the mobile UI and we'll add it here.

To improve the mobile UI in preparation for the upcoming NetBox v3.0 release.

NOTE: Upgrading an existing NetBox deployment to version 3.0 must be done from version 2.11.0 or later. If attempting to upgrade a deployment of NetBox v2.10 or earlier, first upgrade to a NetBox v2.11 release, and then upgrade from v2.11 to v3.0. This will avoid any problems with the database migration optimizations implemented in version 3.0.

The NetBox user interface has been completely overhauled with a fresh new look! Beyond the cosmetic improvements, this initiative has allowed us to modernize the entire front end, upgrading from Bootstrap 3 to Bootstrap 5, and eliminating dependencies on outdated libraries such as jQuery and jQuery-UI. The new user interface also features a dark mode option.

A huge thank you to NetBox maintainer Matt Love for his tremendous work on this!

A new GraphQL API has been added to complement NetBox's REST API. GraphQL allows the client to specify which fields of the available data to return in each request. NetBox's implementation, which employs Graphene, also includes a user-friendly query interface known as GraphiQL.

All GraphQL requests are made at the /graphql URL (which also serves the GraphiQL UI). The API is currently read-only, however users who wish to disable it until needed can do so by setting the GRAPHQL_ENABLED configuration parameter to False. For more detail on NetBox's GraphQL implementation, see the GraphQL API documentation.

NetBox now supports modeling arbitrary IP ranges, which are defined by specifying a starting and ending IP address (e.g. to denote DHCP pools). Similar to prefixes, each IP range may optionally be assigned to a VRF and/or tenant, and can be assigned a functional role. An IP range must be assigned a status of active, reserved, or deprecated. The REST API implementation for this model also includes an "available IPs" endpoint which functions similarly to the endpoint for prefixes.

More information about IP ranges is available in the documentation.

This release introduces the CUSTOM_VALIDATORS configuration parameter, which allows administrators to map NetBox models to custom validator classes to enforce custom validation logic. For example, the following configuration requires every site to have a name of at least ten characters and a description:

CustomValidator can also be subclassed to enforce more complex logic by overriding its validate() method. See the custom validation documentation for more details.

Cable trace diagrams are now rendered as atomic SVG images, similar to rack elevations. These images are embedded in the UI and can be easily downloaded for use outside NetBox. SVG images can also be generated directly through the REST API, by specifying SVG as the render format for the trace endpoint on a cable termination:

The width of the rendered image in pixels may optionally be specified by appending the &width=<width> parameter to the request. The default width is 400px.

New Views for Models Previously Under the Admin UI (#6466)

New UI views have been introduced to manage the following models:

These models were previously managed under the admin section of the UI. Moving them to dedicated views ensures a more consistent and convenient user experience.

The new REST API endpoint /api/users/tokens/ has been added, which includes a child endpoint for provisioning new REST API tokens using a username and password. This allows a user to gain REST API access without needing to first create a token via the web UI.

If the supplied credentials are valid, NetBox will create and return a new token for the user.

A new management command has been added: manage.py housekeeping. This command is intended to be run nightly via a system cron job. It performs the following tasks:

A convenience script for calling this command via an automated scheduler has been included at /contrib/netbox-housekeeping.sh. Please see the housekeeping documentation for further details.

NetBox uses Redis and Django-RQ for background task queuing. Whereas previous releases employed only a single default queue, NetBox now provides a high-, medium- (default), and low-priority queue for use by plugins. (These will also likely be used internally as new functionality is added in future releases.)

Plugins can also now create their own custom queues by defining a queues list within their PluginConfig class:

Note that NetBox's rqworker process will not service custom queues by default, since it has no way to infer the priority of each queue. Plugin authors should be diligent in including instructions for proper worker configuration in their plugin's documentation. 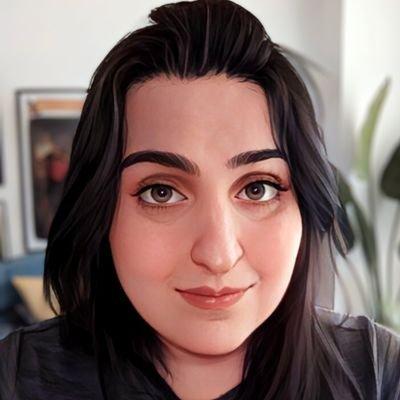 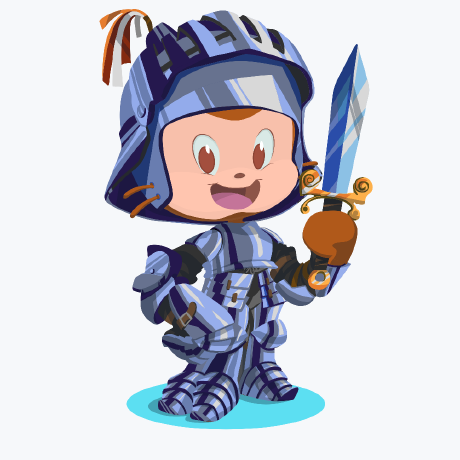 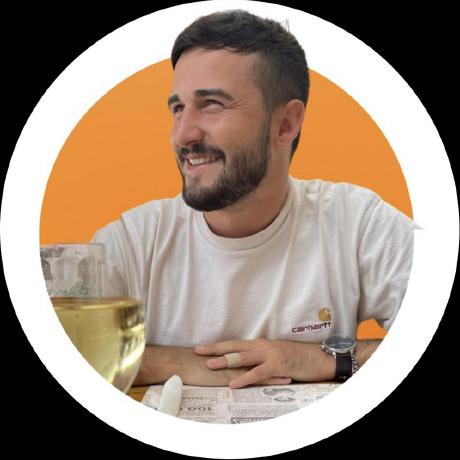 Nginx UI allows you to access and modify the nginx configurations files without cli. 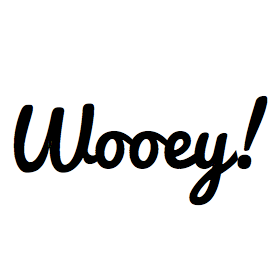 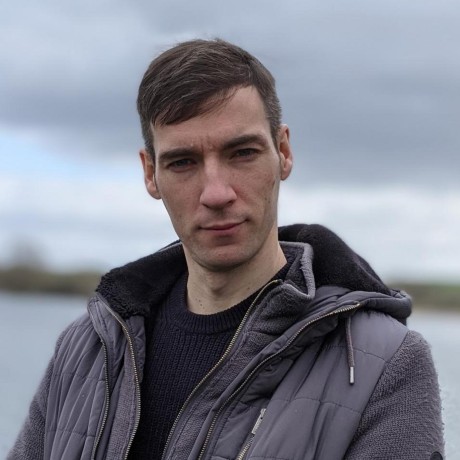 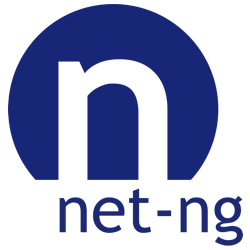 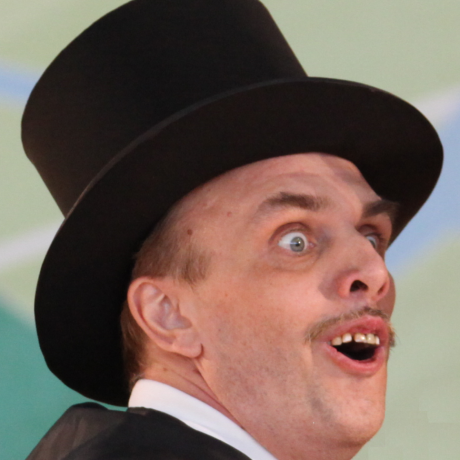 The Django Leaflet Admin List package provides an admin list view featured by the map and bounding box filter for the geo-based data of the GeoDjango.

We use nginx in our company lab environment. It often happens that my colleagues have developed an application that is now deployed in our Stage or Prod environment.
Admin Panels
721
Drop-in theme for django admin, that utilises AdminLTE 3 & Bootstrap

The Django Leaflet Admin List package provides an admin list view featured by the map and bounding box filter for the geo-based data of the GeoDjango. It requires a django-leaflet package.