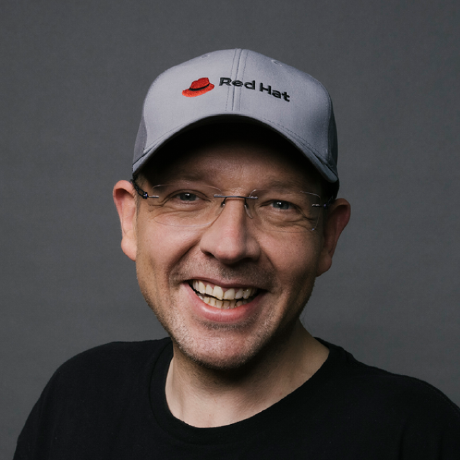 Introduction to JDBC Streaming for Java Developers With Microservices gaining a lot more traction in recent years, traditional enterprises running large, monolithic Java EE applications have been forced to rethink what they’ve be

With Microservices gaining a lot more traction in recent years, traditional enterprises running large, monolithic Java EE applications have been forced to rethink what they’ve been doing for nearly two decades. The need to modernise existing applications combined with new business requirements ultimately leads to changing technology stacks. Especially the hunt for high throughput and low resource consumption makes Reactive systems and Fast Data solutions extreme attractive. Instead of a greenfield development, most companies will work their steps towards these new challenges in risk free, smaller steps. A key to success with this approach is to find the suitable integration scenarios that support and protect both worlds. This is the first recipe in a series looking at Alpakka connectors and example integrations.

Before diving into the code example, a little bit of background on the relevance of streaming and interaction with existing applications will help with identifying the overall architectural use-cases.

Streams in a monolithic world

Classical Big Data solutions have a couple of components. Ingesting events through a message broker, processing them in some kind of engine and storing them in a database or distributed filesystem. Monolithic applications can access the crunched data in the format that is needed. While these kind of architectures have many names (Data Warehousing, Analytics, etc) and come in a variety of styles (Hadoop, MapReduce, ETL, etc) they have one thing in common which is that they process workloads in batches.

This approach worked just fine until a couple of years ago. With the growing amount of data coming in from even more connected devices, the incremental updates or hourly batch runs are no longer sufficient enough to give a competitive advantage or even worse, won't allow the implementation of new business models. For example problems that are more obviously “real time,” like detecting fraudulent financial activity as it happens can only be solved with low latency stream processing. However, streaming imposes new challenges that go far beyond just making batch systems run faster or more frequently. Streaming introduces new semantics for analytics. It also raises new operational challenges. A complete reference architecture for Fast Data can be seen in the free O'Reilly Report by Dean Wampler: Fast Data Architectures For Streaming Applications.

The implications of these new architectures for classical monoliths are dramatic. Even if some platforms support asynchronous processing via REST or bidirectional streaming communication with e.g. WebSockets the majority of centralised systems is based on a blocking and synchronous server model (eg. Java EE). To modernise these systems in order to stay competitive the strangler pattern is an often used approach.

Mixing fast and slow producers and consumers is the biggest challenge here. And just increasing buffer sizes until some hardware limit is reached, eg. memory isn't a solution. This is where backpressure comes into play. It helps to avoid unbounded buffering across asynchronous boundaries. You can learn more about Akka Streams, backpressure and asynchronous architectures in a talk by Konrad Malawski. Also, looking at the database and the JDBC specification it quickly becomes clear, that most databases don't support non-blocking, asynchronous calls. Introducing blocking code in a stream based solution won't work.

Slick for JDBC to the rescue

Slick is easy to use in asynchronous, non-blocking application designs, and supports building applications according to the Reactive Manifesto. Unlike simple wrappers around traditional, blocking database APIs, Slick gives you:

What is Akka Streams?

The purpose is to offer an intuitive and safe way to formulate stream processing setups such that can then be executed efficiently and with bounded resource usage. That means there are no more OutOfMemoryErrors. In order to achieve this streams need to be able to limit the buffering that they employ, they also need to be able to slow down producers if the consumers cannot keep up. This feature is called back-pressure and is at the core of the Reactive Streams initiative of which Akka is a founding member.

In Akka Streams, the processing pipeline (the graph) consists of three types of elements: a Source (the producer), a Sink (the consumer), and Flows (the processing stages).

Using those components, you define your graph, which is nothing more than a recipe for processing your data - it doesn't do any computations so far. To actually execute the pipeline, you need to materialize the graph, i.e. convert it to a runnable form. In order to do it, you need a so-called materializer, which optimizes the graph definition and actually runs it. Therefore, the definition of the graph is completely decoupled from the way of running it, which, in theory, lets you use any materializer to run the pipeline. However, the built-in ActorMaterializer is actually the status quo, so chances are you won't be using any other implementation.

When you look carefully at the type parameters of the components, you will notice that each of them, apart from the respective input/output types, has a mysterious Mat type. It refers to the so-called materialized value, which is a value that is accessible from outside the graph (as opposed to the input/output types which are internal to the communication between the graph stages - see Fig. 3). If you want to ignore the materialized value, which is quite often the case when you just focus on passing data between the graph stages, there is a special type parameter to denote it: NotUsed. You can think of it as being similar to Java's Void; however, it carries a little bit more semantic meaning - "we're not using this value" means more than just Void. Note also that in some APIs a similar type Done is used, to signal that something has completed. Other Java libraries would have perhaps used Void for both these cases, but Akka Streams attempts to keep all the types as semantically useful as possible.

Alpakka is an initiative , which harbours various Akka Streams connectors, integration patterns, and data transformations for integration use cases. Akka Streams already has a lot of functionality that is useful for integrations and the APIs have been specifically designed to make building custom integrations to various 3rd parties both simple and safe. Even so, it is nicer to be able to rely on a library of battle proven integrations to the most popular data sources and sinks -- and that is exactly what Alpakka is, with its growing number of existing connectors that can be used out of the box.

Finally, in this example we will be using the Alpakka Slick (JDBC) connector brings all these technologies together and helps you build highly resilient integrations between your applications and various relational databases such as DB2, Oracle, SQL Server etc.

The example is using several tools from the Akka ecosystem (see Fig. 3). The core is Akka Streams, which lets us process the data in real time and in a streaming fashion. Reading and writing to the database is done via the Alpakka connector. Akka HTTP is used to expose both a WebSocket endpoint and a simple HTTP GET endpoint.

The database in this example is H2. Main reason for this is, that it is super easy to setup and configure in a Maven build. You can of course use any of the Slick supported databases. If you compare the above to a classical Java EE architecture, you’ll probably notice that things are much simpler here. No containers, no beans, just a simple standalone application. Moreover, the Java EE stack does not support the streaming approach whatsoever.

You also need to add the JDBC driver(s) for the specific relational database(s) to your project. In this case, it is com.h2database.h2.

The h2 database needs initial setup and a clean start state. Instead of working with integration tests and a complex setup, it is easier to use the sql-maven-plugin. Use this plugin to execute SQL statements in a combination of strings, a list of files and/or a set of files through sqlCommand, srcFiles, and fileset configurations respectively. In the plugin configuration pom.xmlL59 both the database location and the setup scripts are configured. The exec-maven-plugin configures the convenient pom.xml#L43 start with the exec:java goal.

Navigate to http://localhost:8080/and see a list of User objects being streamed from the database via a WebSocket connection to the browsers <textarea>.

As you might have guessed, everything starts with the DBProcessor class. Before anything else happens we will need an ActorSystem and a Materializer. With Akka Streams being build on top of Akka, the ActorSystem is what it's name implies: The main system that is running our components here. As a heavyweight object (it hosts all state and thread-pools that Akka uses), there is only one per application. The Materializer is a factory for stream execution engines, it is the thing that makes streams run—you don’t need to worry about any of the details just now apart from that you need one for calling any of the run methods on a Source.

Before we look at the Sinks and Sources, there is one other important thing we need. The 'SlickSession', which is a thin wrapper around Slick’s database connection management and database profile API. We get one for a specific slick-h2config DBProcessor.java#L37. It is defined in the resources/application.conf and contains nothing you wouldn't have expected from a JDBC connection definition. You can specify multiple different database configurations, as long as you use unique names. These can then be loaded by fully qualified configuration name using the SlickSession.forConfig() method described above. Slick requires you to eventually close your database session to free up connection pool resources. This is done on termination of the ActorSystem:

The Slick connector allows you to perform a SQL query and expose the resulting stream of results as an Akka Streams Source[T, NotUsed] (or to be specific akka.stream.javadsl.Source) . Where T is any type that can be constructed using a database row. In our example we're going to stream User objects to an Akka HTTP WebSocket endpoint. The Source definition looks like this:

But before we can select anything from a database, it needs to be there. To have both examples in one demo, the DBProcessor inserts the first 49 users before even starting the Akka HTTP server. The users stream is generated with Random().ints() DBProcessor.java#L40 and returned as a List<User>. The Sink is responsible for the insert:

Does slick and alpakka uses change data capture technology of JDBC database in the hood or uses some Primary key and time stamp Column and then keep query’s database in a loop.

Miscellaneous
26
Livemessage is a client-sided DM manager for Minecraft 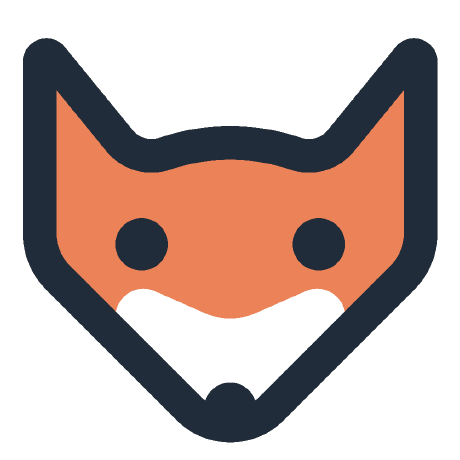 Livemessage is a client-sided DM manager for Minecraft 1.12.2. It is inspired by older chat applications such as AOL Instant Messenger and MSN Messenger.
Miscellaneous
32
Materials for Spring 2021 Applied Genomics Course 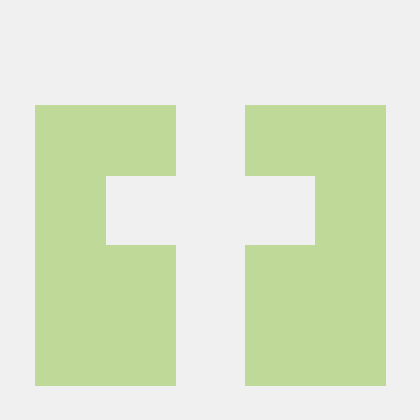 The primary goal of the course is for students to be grounded in theory and leave the course empowered to conduct independent genomic analyses.
Miscellaneous
1k
The open source BIMserver platform 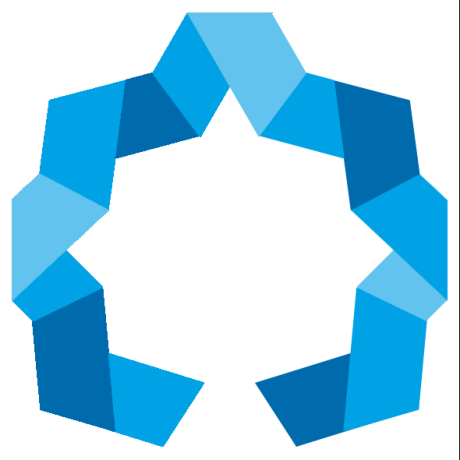 The Building Information Model server (short: BIMserver) enables you to store and manage the information of a construction (or other building related) project.
Miscellaneous
22
Enterprise Resource Planning System. The tech stack is Java, SpringBoot, JavaScript 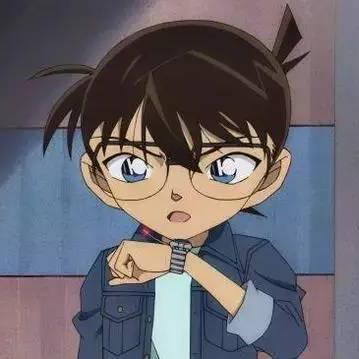 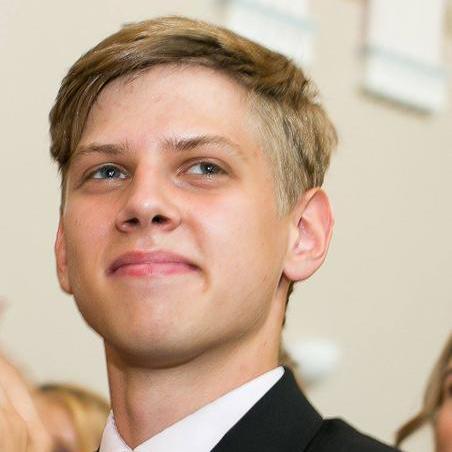