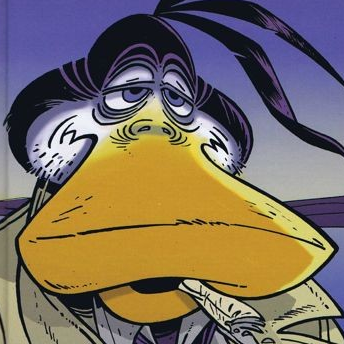 Flutter Sound This plugin provides simple recorder and player functionalities for both Android and iOS platforms. Features Play and Record sounds or m

This plugin provides simple recorder and player functionalities for both Android and iOS platforms.

We do not expect that everybody will switch today from 4.x.x to 5.x.x.

V4 is our stable branch, and will be maintained as long as everybody will not have switch to V5 : in other words V4 is our LTS version (Long Term Support).

Here is a guide for Flutter Sound installation

Flutter Sound is composed with 4 modules :

To use Flutter Sound you just do :

This will export all the necessaries dart interfaces.

Flutter Sound is copyrighted by Dooboolab (2018, 2019, 2020) Flutter Sound is released under a license with a copyleft clause: the LGPL-V3 license. This means that if you modify some of Flutter Sound code you must be publish your modifications under the LGPL license too.

We really need your contributions. Pull Requests are welcome and will be considered very carefully.

We use Github actively.

When you fill an issue, we try to answer something in less than 48h. Of course, this will not mean that your issue will be fixed in 48h. But you will know that we confirm (or not) your issue and what answer you can expect. Maintenance is our priority. We try to make it perfect.

My friend Hyo has been maintaining quite many repos these days and he is burning out slowly. If you could help him cheer up, buy him a cup of coffee will make his life really happy and get much energy out of it. As a side effect, we will know that Flutter Sound is important for you, that you appreciate our job and that you can show it with a little money.

After this merge the plugin will follow the Android and iOS guidelines for media player. I added the media controls on the lock screen for when the user starts playing an audio file.

To accomplish this I had to make some changes to the original code:

With this changes the application was able to display a notification with the media controls to handle the audio player playback when the player started to play a sound. But no one was providing the service with the information to show in the notification. A title, an author and an album art were needed. So, I changed the arguments of the startPlayer. Now, instead of a String with the URI that points to the audio file to play, it requires a Track object, that stores the title and author names, the URL to an album art and the String with the URI that points to the audio file to play. Alternatively, if you don't want to provide a URI, you can provide a buffer and a codec. The startPlayer method also requires two booleans that are used to decide whether the “skip forward” and “skip backward” buttons in the notification should be enabled or not. The information provided to startPlayer can change whenever the audio player starts playing a new track, while the actions to perform when the skip buttons are pressed should never change and should be equal for each track that gets played. For this reason the functions to execute as callbacks for the skip buttons are provided only once to the initialize method.

Furthermore, I added a Stream that allows to listen to changes of the audio player playback state (when the player starts playing, when it is paused and when it is stopped).

I include two screencast (one for Android and iOS) showing the results of my changes. You will basically see no changes, except for the notification that gets shown when the audio player starts playing.

This is the first time that I contribute to an open source project, then I’m sorry for any error that you will encounter. And, since I’m not native language, I’m sorry for my English. However I am open to any discussion about my code and my changes and to clarify my decisions.

Crashes in production (exceptionally high percentage). Crash logs always state the below exception. Only happens on Android 9 and 10 (most on Android 10). I can't reproduce the error locally on Android 9 or 10.

So I've raised this PR even though the code is still extremely buggy.

It demonstrates the api that I'm proposing.

I've taken your suggestion of dumping the Track and using setters to configure the track details. This has actually worked out rather nicely. The api now essentially acts like a builder which has greatly simplified the example app as I'm now able to create a SoundPlayer and set its attributes one by one as I pull them out of the ui and validate them.

I've also dropped in the PlayBar widget that I mentioned and updated the example to use the PlayBar.

As I said, all very buggy at the moment but it will allow you to have a closer look at the api proposal.

The PlayBar allows you to use it in a couple of ways.

The onLoad method is called when the user clicks the Play button in the PlayBar. This allows you to do late binding of the SoundPlayer to the PlayBar.

This worked rather well for the example app as the user needs to be able to set a number of settings and only then should we create the SoundPlayer.

If you have a look at the createSoundPlayer method in the main_body.dart library you can see how the code builds the SoundPlayer.

If you look at the _setCallbacks method in playbar.dart you can see how I do further building by setting the callbacks that PlayBar needs.

As yet I've not reworked the SoundRecorder api but that is a much simpler beast.

Any how have a look and lets discuss.

If you are broadly happy I will work through fixing the bugs during the week. I'm also looking at setting up unit tests so we can do continous validation of the library as we move forward.

Bug fixes and work on being a good citizen

Began work on handling app pause/resume. The sound player should now respond correctly however we still need to add plumbing so that the events are sent up from the OS.

Is there a function where I can stream the recorded audio direct to the speakers/headphones of the smartphone? I'am looking for a function who just record the audio from the microphone and pass it trough to the headphones, so I can amplify the sound.

Now the library record a audio file locally and plays afterwards. I hope for a functionality where I can stream the audio direct to the headphones.

When i have tried to call resume recording it was calling stopRecorder(). But this was not in case of android.

App does not build. Your artifact server seems to be broken.

Describe the bug Any app using your library doesn't build.

Try to build an app with a clean flutter cache.

How can I use flutter_sound for Android API level 16 and iOS 9 ? is it possible?

Describe the bug When declaring StreamSubscription, player.onProgress.listen not triggering functions

No logs presented since it did not do anything.

Not yet handled maybe bug
opened Apr 8, 2021 by ronald-socio 2
Open

I need Help for :

Here is my question : Is there a way , while recording , to split the audio that is getting recorded into 0.5secs sections ? I found that I could do this after the file was completely recorded but I would like to know if it was possible to make it while the recorder is working , on the go.

Not yet handled help wanted
opened Apr 7, 2021 by AMPAlves 1
Open

logs after called that startPlayer(fromURL)

Not yet handled maybe bug
opened Mar 25, 2021 by sweatfryash 1
Open

Minor issue, error every second time "openAudioSession" is called (Only if App is used with Hot Relstart)

(This is very important. Most of the time we cannot do anything if we do not have information on your bug)

I already checked your code for possible errors, that i could have caused, and I think I might have found where the issue resides. in "tau/flutter_sound/android/src/main/java/com/dooboolab/fluttersound/FlutterSoundManager.java lines: 102-113 if in the file line 108 (the reset method) gets executed it uses "result.success ( "reset" ); " (FlutterSoundRecorder.java line: 148) -> which is a string and thus cannot be converted to int (as indecated by my error log) 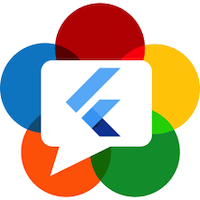 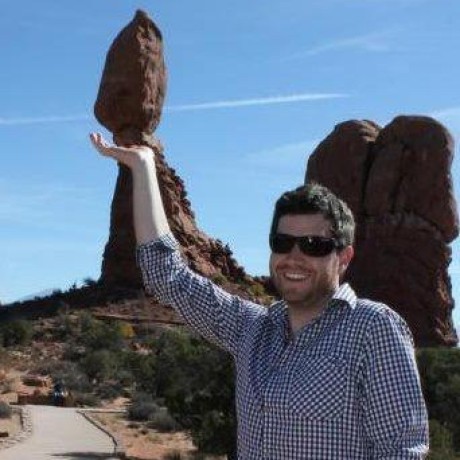 The video player for Flutter with a heart of gold 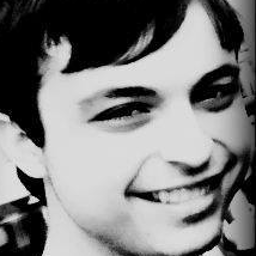 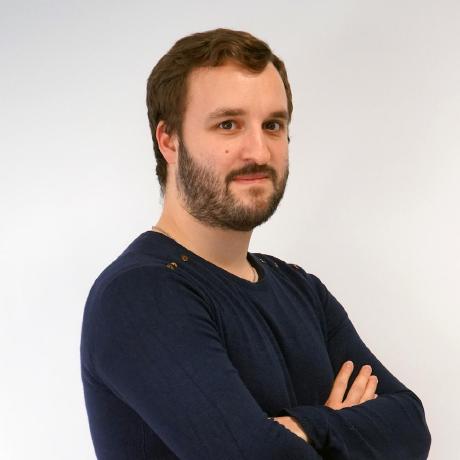 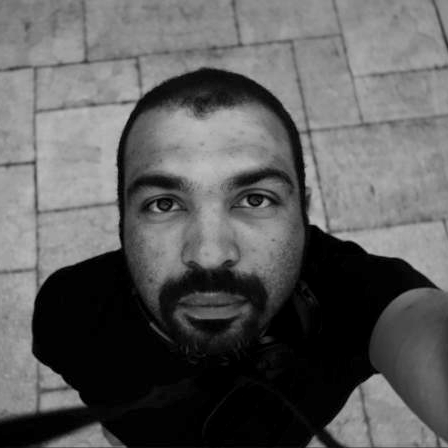 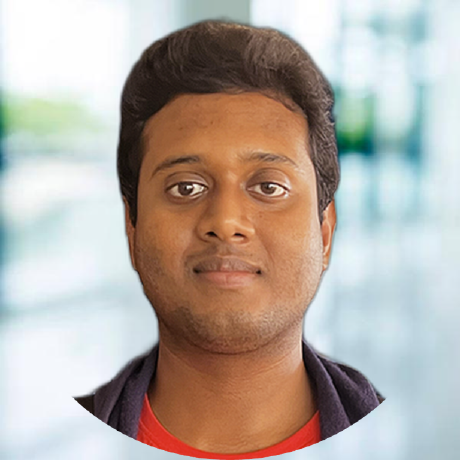 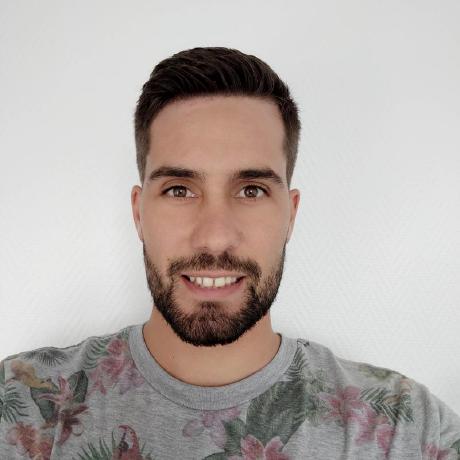 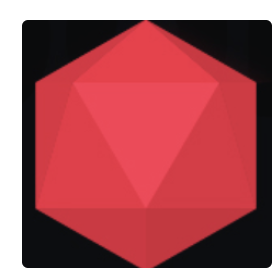 Flutter plugin that can support audio recording and level metering 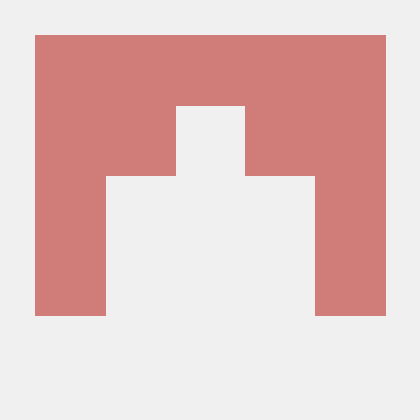 A Flutter plugin for playing music on iOS and Android.

Audio recorder Record audio and store it locally Usage To use this plugin, add audio_recorder as a dependency in your pubspec.yaml file. Android Make
Media
66
A Flutter plugin for playing music on iOS and Android.