The StreamJsonRpc library offers JSON-RPC 2.0 over any .NET Stream, WebSocket, or Pipe. With bonus support for request cancellation, client proxy generation, and more.

StreamJsonRpc StreamJsonRpc is a cross-platform, .NET portable library that implements the JSON-RPC wire protocol. It works over Stream, WebSocket, or System.IO.Pipelines pipes, independent of the underlying transport. Bon

StreamJsonRpc is a cross-platform, .NET portable library that implements the JSON-RPC wire protocol.

It works over Stream, WebSocket, or System.IO.Pipelines pipes, independent of the underlying transport.

Bonus features beyond the JSON-RPC spec include:

Learn about the use cases for JSON-RPC and how to use this library from our documentation.

This library has been tested with and is compatible with the following other JSON-RPC libraries:

The following is a proposal for an extension to the JSON-RPC protocol that serves as a means for a server to provide progress reports on an invoked method to the client, leading to a final result.

The progress argument may have any name or position, and may have any valid JSON token as its value. A value of null is specially recognized as an indication that the client does not want progress updates from the server. This argument may not be recognizable as an IProgress<T> token from the request, but the JSON-RPC library can offer a means for an application to specify that this argument is used as a progress token during a callback to the client.

For instance, in the above C# method signature, the IProgress<WorkUpdate> parameter type would signify to the JSON-RPC library that it should reinterpret the second/"progress" argument as a progress token and instantiate an IProgress<WorkUpdate> instance whose Report method will send the response message as specified below, carrying that token.

A JSON-RPC client may find it convenient to simply reuse the value from the id in the request itself, but may choose to avoid this so that multiple progress arguments can be passed in via the same request. This would enable different progress updates or frequencies to be supplied at the client's discretion. The progress token SHOULD be unique to the session so that any progress callbacks from the server can be distinctly routed to the right handler on the client side.

Parameters are (progressToken, value), which may be named in a params object or as a params array in that order. progressToken must match the value of the argument from the request that progress is being reported for. The value property in this $/progress message may be set to any json token representing the update from the server. It may be a number, string, bool, object, or even the null literal.

It is conceivable that client applications of a JSON-RPC library that supports this feature would expect that progress notifications are raised to the application in order, and possibly all before the outbound RPC call is marked completed. In multi-threaded environments this can introduce special considerations. In .NET for example, the IProgress<T> interface makes such guarantees hard, and we'll likely need to document that folks use a particular implementation of that interface that guarantees ordering, and also suggest ways to mitigate the chance of their async call completing before the last progress message has been recognized by the client.

IAsyncEnumerable<T> is here and it's a more natural fit than Progress<T> when the RPC method wants to exchange data as its result instead of simply reporting progress about its result.

We should add support for it.

For downlevel framework versions, this type is defined in the Microsoft.Bcl.AsyncInterfaces package.

In the spec here, we use the term generator to refer to the app-level implementation of IAsyncEnumerable<T> that produces the values, and consumer to refer to the app-level enumeration of those values. We avoid the terms server and client because the IAsyncEnumerable<T> may be passed to the server via an RPC method argument or passed to the client via an RPC return value.

A server method which returns an async enumeration may be defined as:

Per C# 8 syntax this may be consumed via:

The server method may be implemented in C# 8 as:

The IAsyncEnumerator<T> interface is defined assuming that every single value produced may be acquired asynchronously. Thus an RPC implementation of this feature might be that every request for a value results in an RPC call to request that value. Such a design would minimize memory consumption and cost of generating values unnecessarily, but would be particularly noisy on the network and performance would suffer on high latency connections.

To improve performance across a network, the RPC layer will support:

The above optimizations are configured individually, and may be used in combination.

To accomplish this, we define these properties which tune the RPC bridge for async enumerables:

The default values for these properties will result in the same behavior as one would observe with IAsyncEnumerable<T> without any RPC: one value is produced or consumed at a time. Individual services may choose based on expected use cases and performance costs to change these values to improve the user experience.

These properties are defined on the new JsonRpcEnumerableAttribute, which may be applied on the return type of a server method implementation. It will be ignored if used within an interface declaration. For example, the aforementioned C# 8 server method may be defined like this in order to provide all the values to the client in batches of 10:

Suppose MaxReadAhead = 15 and MinBatchSize = 10. After the client calls GenerateNumbersAsync but before it asks for the first element in the sequence, the server is already generating values till it fills a cache of 15. When the client request comes in for the first value(s), the server will wait till at least 10 items have been produced before returning any to the client. If more than 10 were cached (e.g. the server was able to produce all 15 as part of "read ahead"), the client will get all that are cached. After the client's request is fulfilled, the read ahead server will continue generating items till the read ahead cache is full, in preparation for the next client request.

In short: MinBatchSize guarantees a minimum number of values the server will send to the client except where the sequence is finished, and MaxReadAhead is how many values may be produced on the server in anticipation of the next request from the client for more values.

The state machine and any cached values are released from the generator when the IAsyncEnumerator<T> is disposed.

The original RPC request to the IAsyncEnumerable<T> returning method includes a special expect: "enumerableResponse" property to indicate to the server that it is capable of understanding the lifetime requirements of the returned object. This is important because upon successful completion of this particular RPC call, the server will now retain memory on behalf of the client that may be a memory leak if the client never follows up with another call to the server to release the memory. An RPC call to an IAsyncEnumerable<T>-returning method that lacks this property should result in the server returning an error response and not invoking the method.

If the request omits the id property, the client will not get a result, and the server should either reject the request or execute the method but discard the result without leaking memory.

A successful result provides the handle to the server's enumerator, which may be any valid JSON token except null:

A request for value(s) from the client:

A response with value(s) from the server always comes in an array, even if only one element is returned:

The server should never return an empty array of values unless the last value in the sequence has already been returned to the client.

The client always notifies the server when the local enumerator proxy is disposed. This is typically a notification (it has no id property).

to support these various needs and constraints of each LSP implementation, a way to provide its own cancellation mechanism is added to vscode-jsonrpc.

now, we would like to share the same lsp node server with VS but without this custom cancellation mechanism support, we lose a way to cancel any request in VS.

wonder whether it is possible to support this new ability in StreamJsonRpc as well.

Is there an ETA for when this library might support UWP?

From a discussion with @AArnott ,

I'm seeing super high CPU utilization in VS when we use StreamRPC to talk to our OOP server. ETW logs reveal this as the top exclusive problem:

I’m investigating some local traces that show high CPU usage in VS during OOP scenarios. The traces end up showing a large amount of time around locks and contention:

That’s 18% exclusive time in VS time just around these locking primitives. Looking into what calls this I can see the following:

We might define a protocol by which an IObservable<T> property's Subscribe method could be turned into an RPC call to start the remote subscription. We'd then need to define how callbacks from the server regarding that property would be sent. Then the local JsonRpc instance can track the IObserver<T> object until the observable's OnError or OnComplete method is called. Also consider supporting IObserver<T> being passed as an argument to an RPC method so that the server can take other args that configure exactly what data should be passed to that observer.

When not responding server (connected but faulted), and when the client want to cancel (timeout) using CancellationToken, the client is block for ever waiting for a response. this happend here

We might break the wait when the token is cancelled. Using the following code make the trick.

However, this approach may break some cancellation Strategy which may also waiting for a response from the server. Let me know if you have an idea on the topic.

Many thanks for this lib. Amazing work. G.

Dynamic codegen of individual delegates to invoke RPC from client

expect：When the server calls the DataChange delegate, the client will execute: Console.WriteLine(..........);

When manipulate JsonRpcMessage, especially into handler, it's will be easiest to cast the message as IJsonRpcMessageWithId.

Hey @AArnott, Thank you for your great efforts on this, really appreciate it!

I'm using vs-streamjsonrpc in my plugin framework scenario and looks like I found the bug. When I try to use Attach

It works fine for the first invocation, but all next invocations fail with that exception. I guess the problem is related to the multiple assemblies loaded in different Assembly Load Context. Each plugin (with its own dependencies) "lives" in a separate Assembly Load Context. The assembly where the contract (PluginRpcContract.IGreeter) for the proxy is defined also "lives" in the same ALC as the plugin itself, so there are multiple assemblies (PluginRpcContract) with the same name loaded in different ALCs.

I suppose the problem is related to ProxyGeneration.GetProxyModuleBuilder method, because when I commented out some code and return new ModuleBuilder for each interfaceType - it works and does not throw exception above.

Attaching the archive that reproduces the issue: StreamJsonRpcTest.zip

Could you please take a look? Maybe I am doing something wrong?

The StreamJsonRpc library offers JSON-RPC 2.0 over any .NET Stream, WebSocket, or Pipe. With bonus support for request cancellation, client proxy generation, and more. 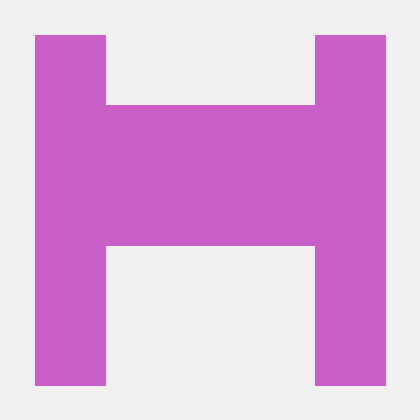 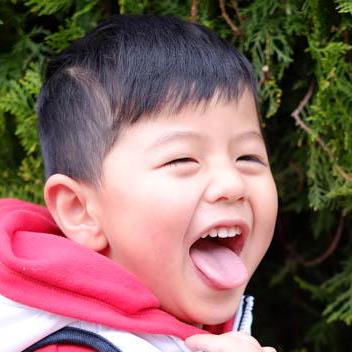 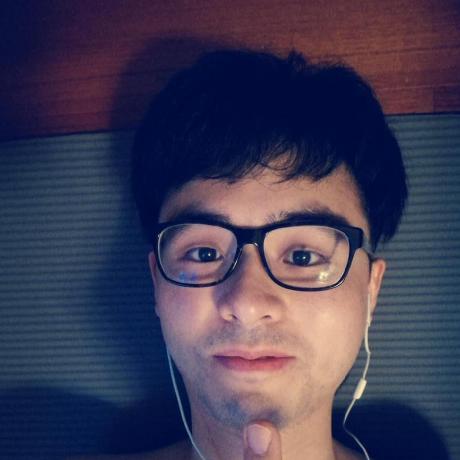 a netty-like TCP/IP communication framework for .net core, support both IOCP and Epoll

a netty-like TCP/IP communication framework for .net core, support both IOCP and Epoll