MQTTnet is a high performance .NET library for MQTT based communication. It provides a MQTT client and a MQTT server (broker). The implementation is based on the documentation from http://mqtt.org/.

MQTTnet MQTTnet is a high performance .NET library for MQTT based communication. It provides a MQTT client and a MQTT server (broker). The implementation is based on the documentation from http://mqtt.org/.
Information
Resource links
https://github.com/dotnet/MQTTnet

MQTTnet is a high performance .NET library for MQTT based communication. It provides a MQTT client and a MQTT server (broker). The implementation is based on the documentation from http://mqtt.org/.

* Tested on local machine (Intel i7 8700K) with MQTTnet client and server running in the same process using the TCP channel. The app for verification is part of this repository and stored in /Tests/MQTTnet.TestApp.NetCore.

MQTTnet Server is a standalone cross platform MQTT server (like mosquitto) basing on this library. It has the following features.

This library is available as a nuget package: https://www.nuget.org/packages/MQTTnet/

Please find examples and the documentation at the Wiki of this repository (https://github.com/chkr1011/MQTTnet/wiki).

If you want to contribute to this project just create a pull request. But only pull requests which are matching the code style of this library will be accepted. Before creating a pull request please have a look at the library to get an overview of the required style. Also additions and updates in the Wiki are welcome.

This library is used in the following projects:

Further projects using this project can be found under https://github.com/chkr1011/MQTTnet/network/dependents.

If you use this library and want to see your project here please create a pull request.

I'm struggling with the RecievePackets piece of you code on UWP. The issue only arise in Release, not in Debug mode.

I've been mulling over this piece .

I've narrowed it down to here. The behaviors is really strange, which leads me to thinking that this is a Race Condition sort of issue.

The I/O operation has been aborted because of either a thread exit or an application request.

... and the exception originates from here.

I've been trying to figure out exactly what you are doing with the three threads you seem to spin up here, but it is not all that clear to me.

I always tend to get concerned when I see Task.Run(async () => ...) as a lot of care must be taken when going from one thread to multiple.

First of, I think that you can just make StartProcessReceivedPacket Async. Like this:

I've tried this, and it seems to work. Well, it doesn't solve my issue in Windows Mobile 10, but it doesn't introduce any new issues either and with this change we are down to only two thread.

Any chance that you (or we) could take a closer look at this central piece of your code where packets are received? For one, I'd like to see the code here to become more explicit and easier to follow . Is this some sort of packet receiver pump? Are you handling the order of which things are being send and received somehow?

Personally, I would have used use Reactive Extensions and maybe even some state machine here to keep track of if Connection is made etc, as this is exactly the sort of areas where Rx excels and tight state management matters.

I want to release a new version soon because we have lots of new features. Before doing this I want to summarize the open topics:

I try to send as much packages as possible but the server seems to be only capable of handling 500 msgs/ sec. cpu is at 100% and most time is wasted in mqttpacketreader according to redgate perf profiler.

is this expected perf? i first thought i need a better json serializer library but json.net is just at less than 1 % of cpu.

A clear and concise description of what you want to know.

Which project is your bug related to?

I use the MQTTnet client to connect to aws iot through a presigned url, it works, however, every about 100 seconds (it is pretty accurate every time) it will get disconnected. i am not sure why. here is the log i got:

I am not sure if this is a issue with aws or not, but just can not find the cause.

English is poor After using for a period of time, the usage rate of cpu will always exceed 100%. 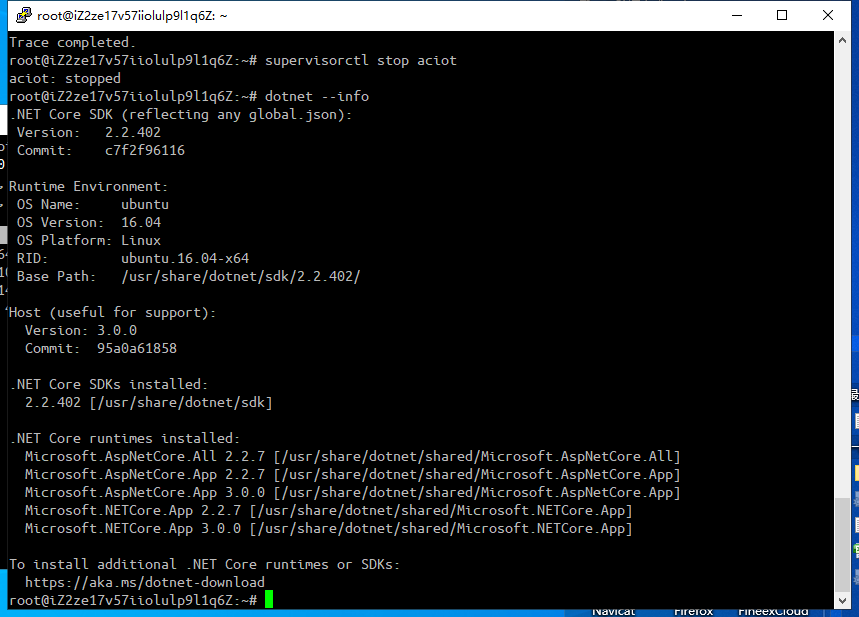 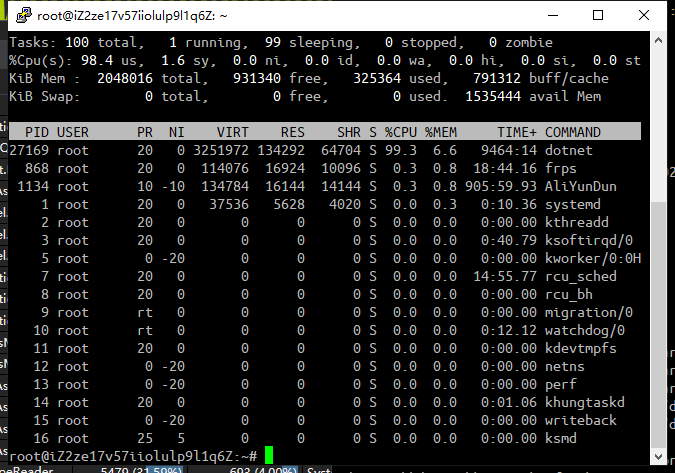 DisconnectedAsync not fired on time

DisconnectedAsync is not fired when disconnected from the network after KeepAlivePeriod + TimeOut elapsed. It is only fired after 20 seconds and there seems to be no way to detect disconnects quicker than this. The broker does see that the client disconnects so it is definitely disconnected.

Which component is your bug related to?

When the first ping request or regular publish after the network disconnect fails then DisconnectedAsync is fired immediately.

Unsubscribing from AsyncEvent does not work.

When unsubscribing from an AsyncEvent nothing is unsubscribed.

Which component is your bug related to?

Run the code below. Every time MyFunc is executed the number of handlers in _myEvent increases.

When unsubscribing from an event the handler is removed from _myEvent.

We have an IoT scenario where we use the MQTTnet clinet to publish 12.000 msg/sec in different topics.

Our scenario is working fine, but message are arriving with an increasing delay of several minutes to the MQTT broker.

After the await seems that MQTTnet continues working behind the scenes publishing the messages, because if we stop publishing messages ... the broker continues receiving for a while.

How I can manage this delay? We need that messages arrive to the broker in near-realtime.

I am using mqttNet and publish topics with the EnqueueAsync() method.

When it has been posting and receiving for a while, and I stop posting the data, it continues to be sent (you can check it with Mqtt-Explorer, a windows application).

I think the data is queued and takes more time to publish. Only when I close the application or let it pass for a long time, they stop sending (I imagine that the internal queue that has 'EnqueueAsync' has already been emptied).

I don't like the effect that it generates because if someone subscribes to the data, when I stop broadcasting, they will continue to arrive even if I have stopped sending them.

XAMARIN. Exception: Address already in use

Hello, We are starting a new app using this library. It is running fine for Windows and Linux, but in Android platform we are getting this exception while running the broker:

Exception: "Address already in use"

But broker starts and client can connect to it.

here is our optionsBuilder definition:

'System.Net.Sockets is not supported on this platform.'

I encountered this error when I was using Blazor to host the project. I can't solve it. Please help me.

Maybe I forgot something, but I also made this mistake when I was using your case, I don't understand where I made the mistake, I was doing the same exercise as your project, I even changed all the variable names, but this mistake still happened. Please help me, thank you.

We have joined the .NET Foundation! Version 4 comes with a new API so a lot of breaking changes should be expected. Checkout the upgrade guide (https://github.com/dotnet/MQTTnet/wiki/Upgrading-guide) for an overview of the changes. Checkout the new samples (https://github.com/dotnet/MQTTnet/tree/master/Samples) how to use the new API. The wiki only remains for version 3 of this library. Preview builds of this library are available at: https://www.myget.org/feed/mqttnet/package/nuget/MQTTnet 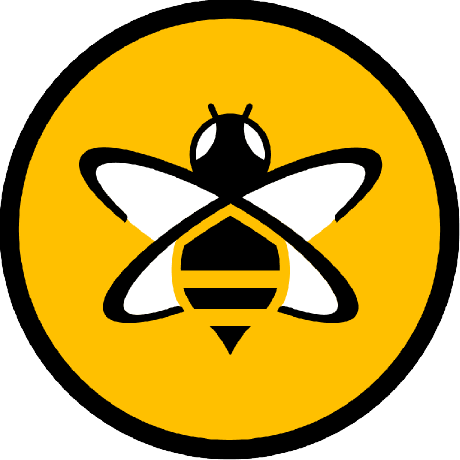 HiveMQ CE is a Java-based open source MQTT broker that fully supports MQTT 3.x and MQTT 5. It is the foundation of the HiveMQ Enterprise Connectivity and Messaging Platform 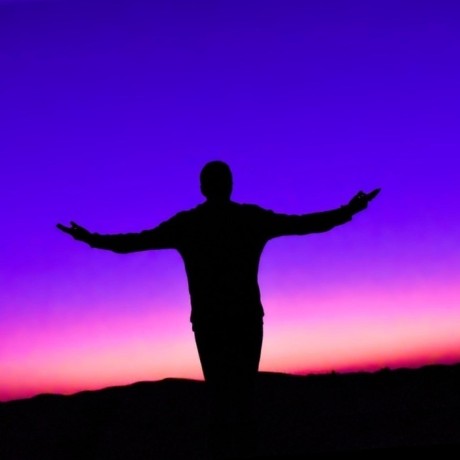 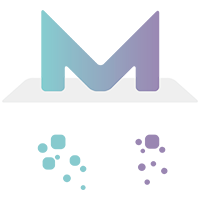 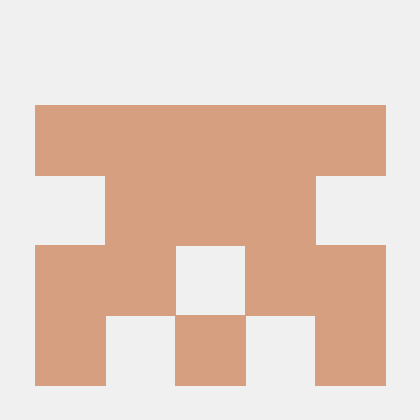 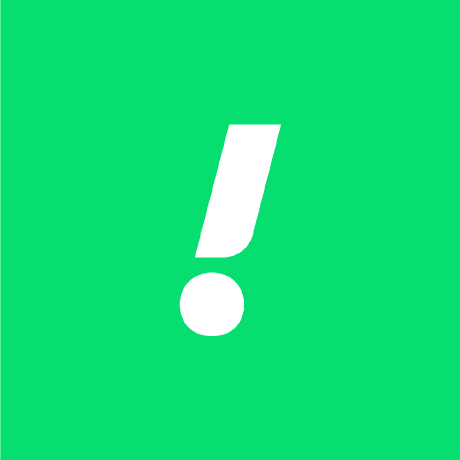 Connect, Subscribe and Publish over MQTT broker to check its status. 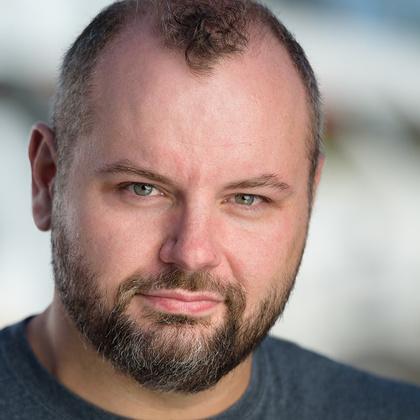 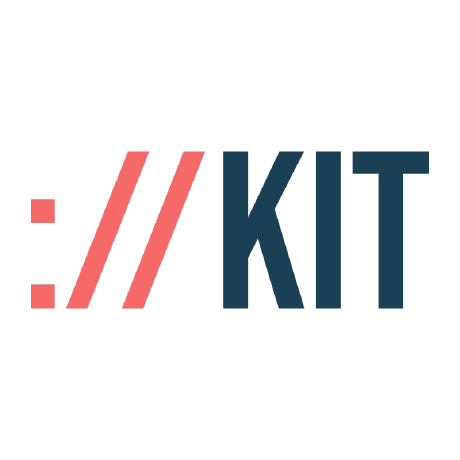 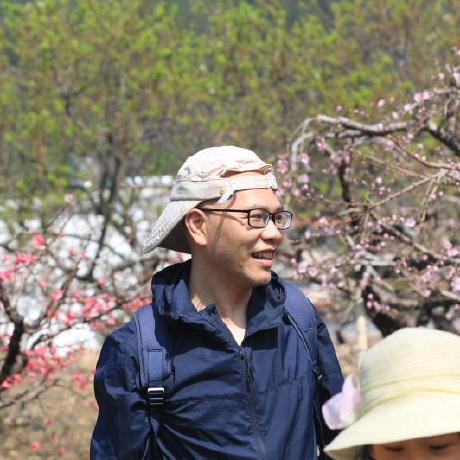 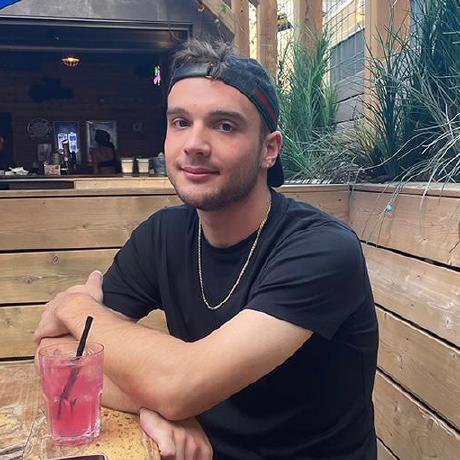 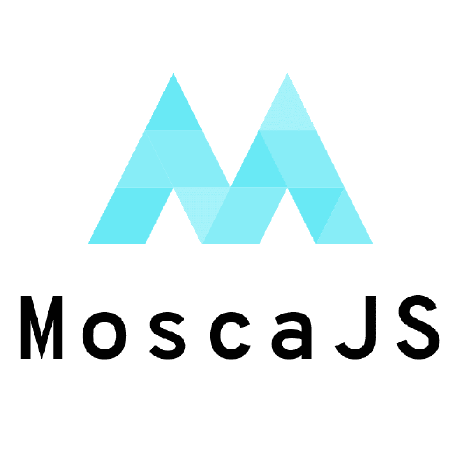 MQTT broker as a module 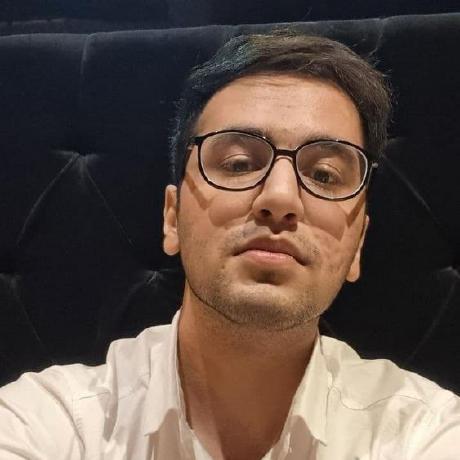 grpc based message broker in go 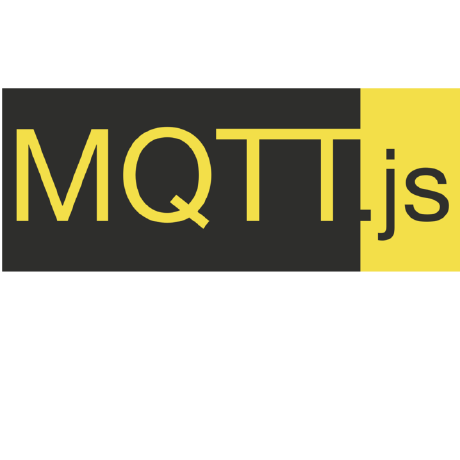 The MQTT client for Node.js and the browser 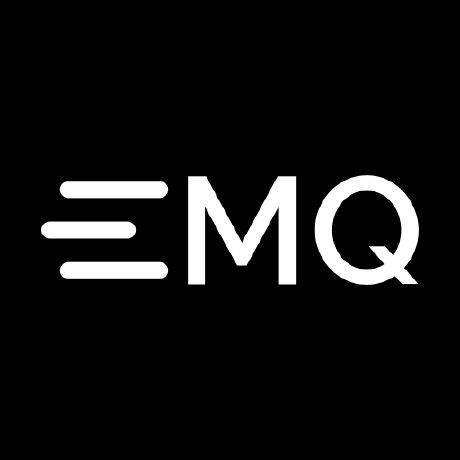 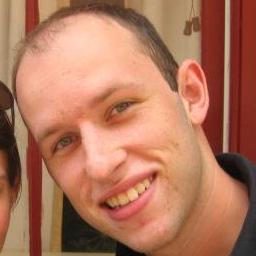 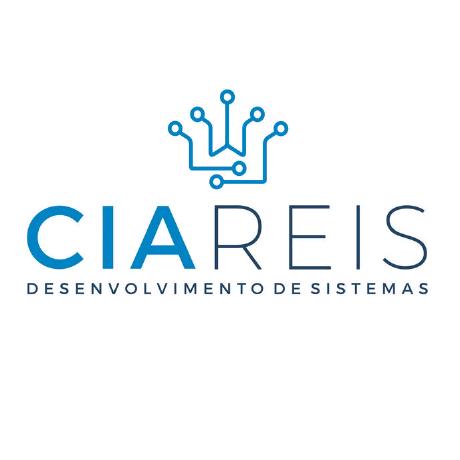 Bypass for PHP provides a quick way to create a custom instead of an actual HTTP server to return prebaked responses to client requests. 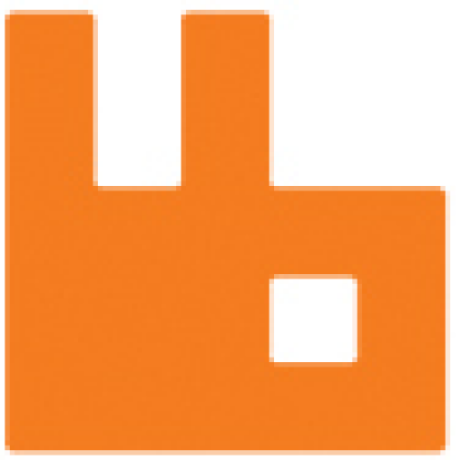 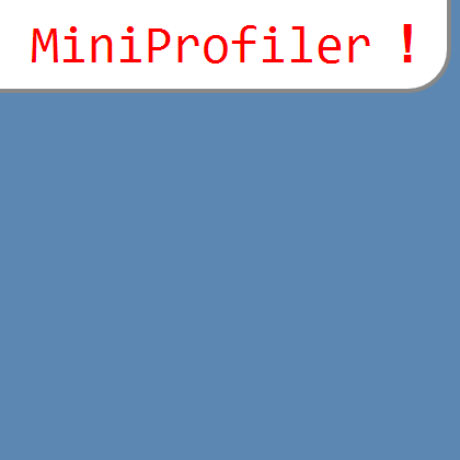 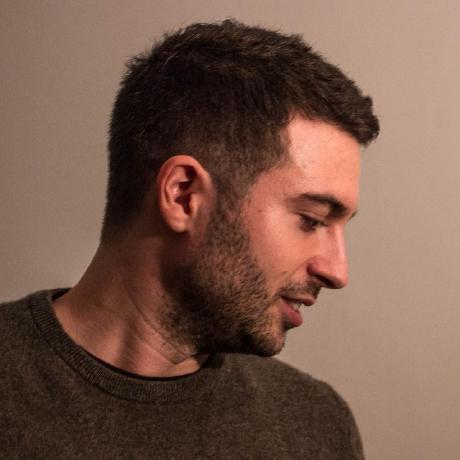 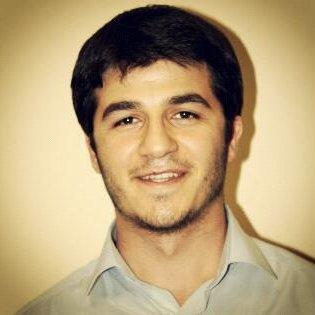 Asp.Net Core microservices that communicate asynchronous through Kafka message broker
Queues and Messaging
3k
MQTTnet is a high performance .NET library for MQTT based communication. It provides a MQT...

MQTTnet MQTTnet is a high performance .NET library for MQTT based communication. It provides a MQTT client and a MQTT server (broker). The implementation is based on the documentation from http://mqtt.org/.
Queues and Messaging
2
C# message queue using MongoDB as a backend 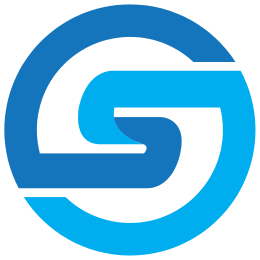 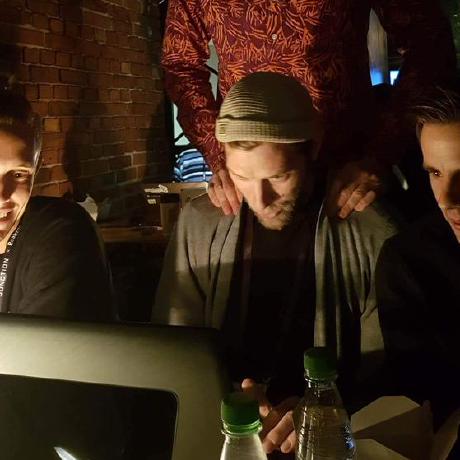 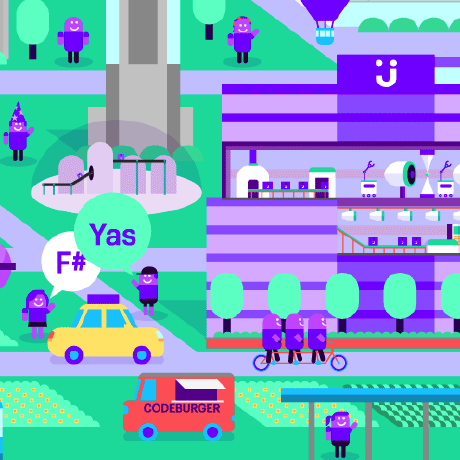 UPDATE We found a bug in the implementation of the v0.11+ protocol wherein messages were skipped during consumption. The bug only manifests when using the newer protocol version (the default). Due to this bug and for long term ma