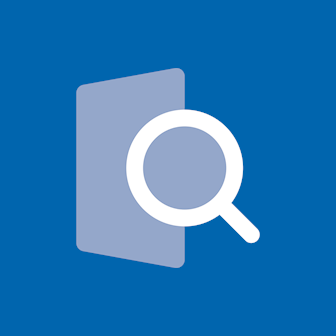 QuickLook This project is currently under heavy development. Come back often to see what's new. Background One of the few features I missed from macOS is Quick Look. It allows users to peek into a file conten 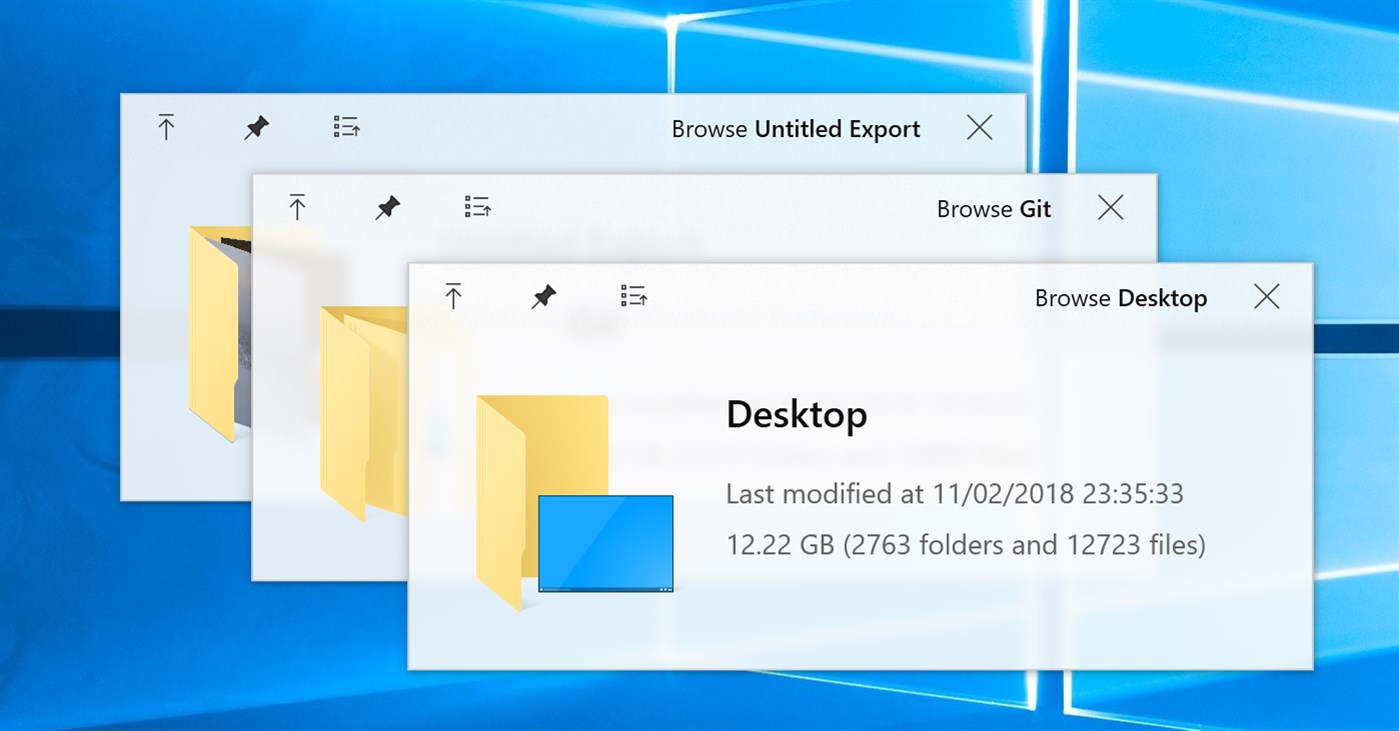 One of the few features I missed from macOS is Quick Look. It allows users to peek into a file content in lightning speed by just pressing the Space key. Windows, on the other hand, does not have this handy feature ... until now.

I am aware that several alternatives are already available on the Internet (e.g. WinQuickLook and Seer). Despite these options, I still decided to craft another one by myself, because they are either not being actively developed, lack of variety, or ask for some .

Get it from one of the following sources:

What are the differences between .msi, .zip, Nightly and Store versions?

Note: Don't forget to check out the plugins for previewing office-files, epubs, fonts and more!

This project references many other open-source projects. See here for the full list.

If you want to make any modification on these source codes while keeping new codes not protected by GPL-3.0, please contact me for a sublicense instead.

Do not Lock file

Hi, it would be useful if quicklook would NOT lock the file. (as under macOS) This is usefull when for example browsing wav samples and you lieke to rename or move them. At the momnet we have to selecte another file first to be able to move or rename teh previous. 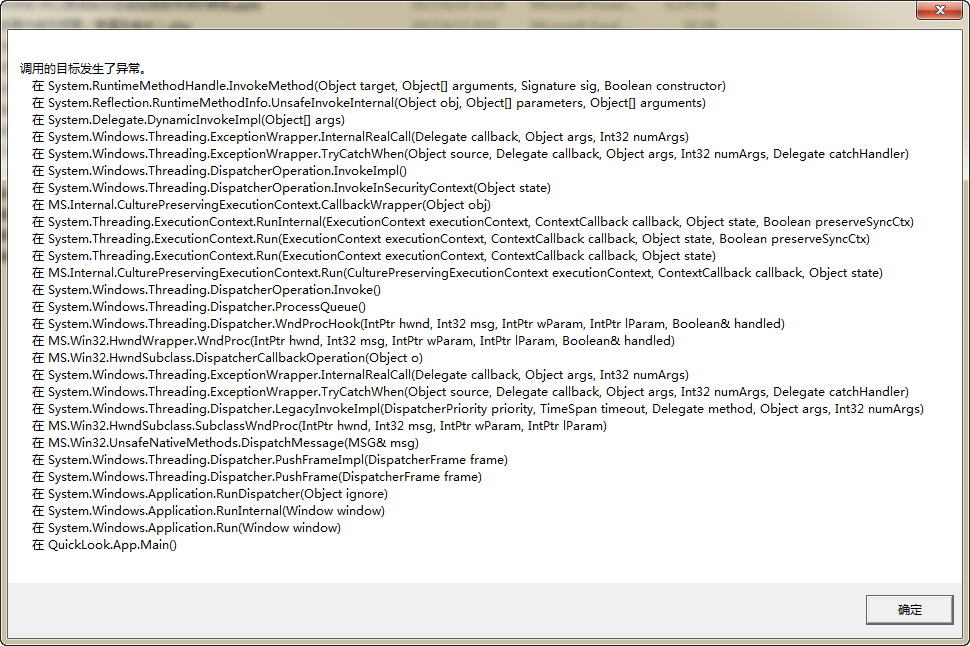 Hey, I'm new here and really love QuickLook But I was looking at the new fluid design icons for all Microsoft apps. And then I was thinking wouldn't it be cool if QuickLook had a fresh updated icon too. So I created a quick mockup how it would look with the new design guidelines and this is my result: 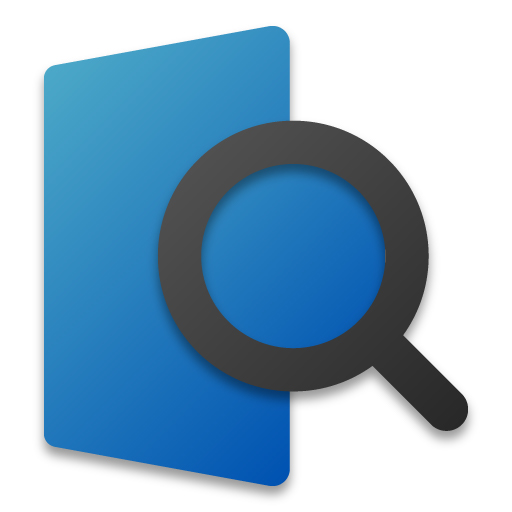 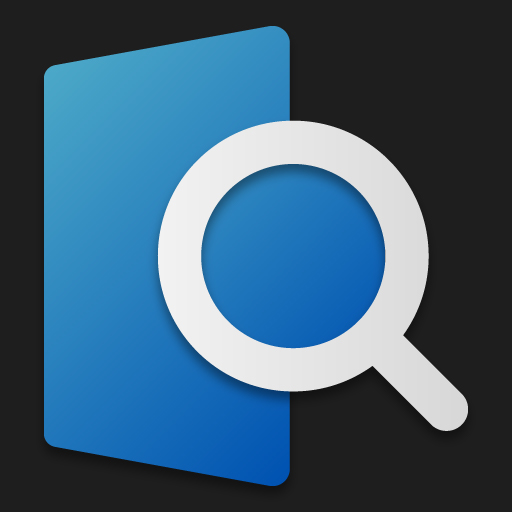 Let me know what you think :^)

Videos are shown with incorrect rotation

Describe the bug Record video on a phone in portrait mode. The video is still saved in 16:9 aspect ratio, but a flag is added to play the video in a different rotation. Video players like VLC respect this flag and play the video in the correct orientation. The flag can be inspected with MediaInfo for example.

Expected behavior Play the video in the correct orientation. 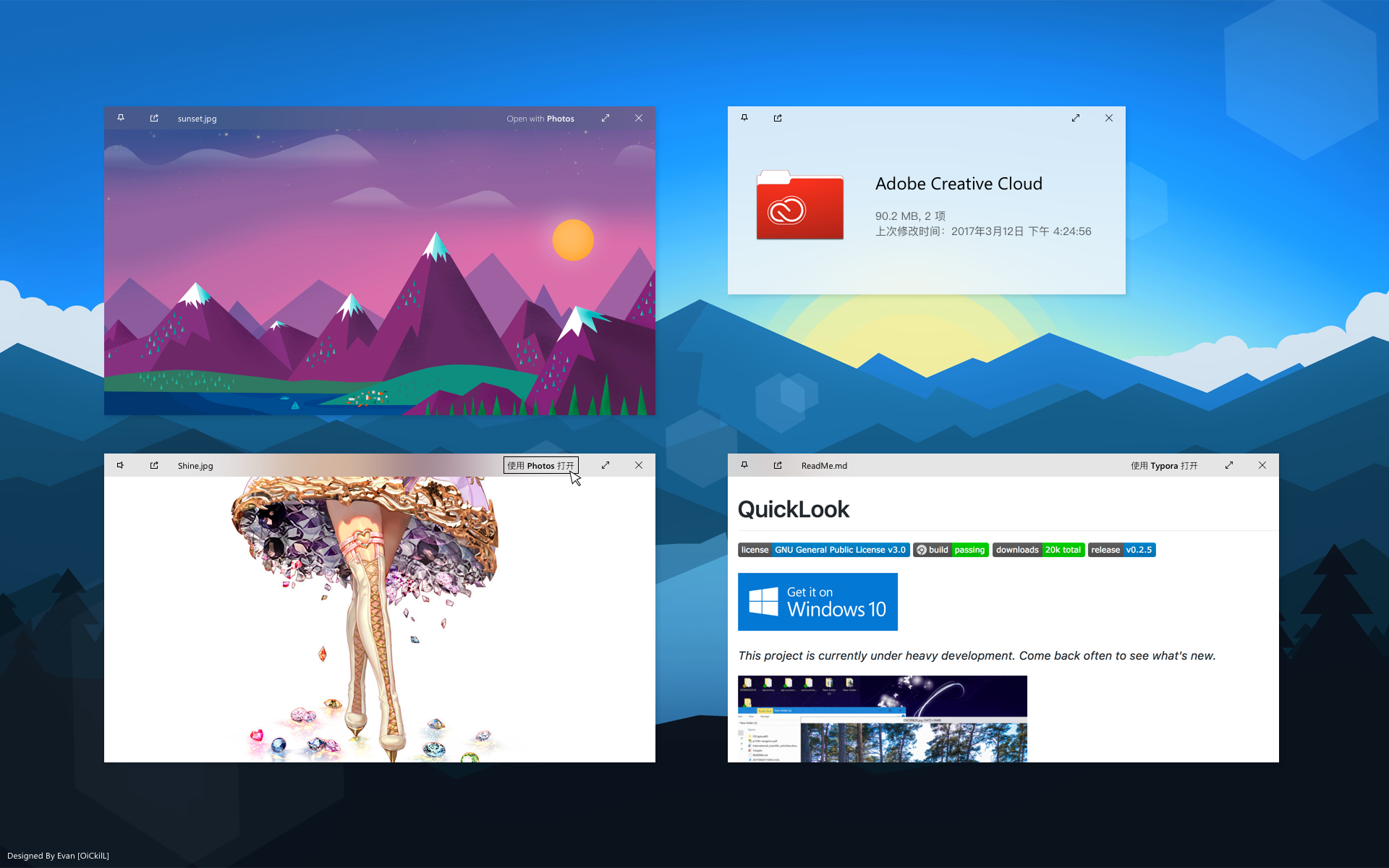 Hello, I installed the new release (v 0.3.2) today and there's a major bug affecting video previewing. I installed the .msi package on a Windows 10 v. 1709 (Fall Creators Update) x64 and it's not possible at all to preview any video file. I tried previewing a .mp4 (h264) video file as well as a .mkv to no avail. Nothing happens, not even an error message. When trying so preview any other file after trying to preview a video, Quicklook also does not respond, I had to force close the app process through task manager because the icon on the system tray also stops working.

Should you need any more information (or help reproducing this bug), contact me asap and I'll be glad to help.

Can not open video and audio file 无法打开视频音频文件 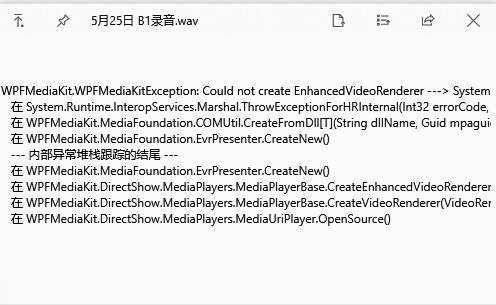 Allow Add-On Plugins to Extend or Invoke Out of the Box Plugins?

I'm not sure if this feature already exists in the status quo. If it does, please let me know.

tl;dr Do 3rd Party plugins have the ability to invoke Out of the Box Plugins to process compatible native file types (such as .png files)? If not, can this functionality potentially be added?

For creating previews of some extension types that are not included Out of the Box, sometimes all that needs to be done is to add some logic for the new extension type in order to simplify the problem to something that an existing Out of the Box (OotB) Plugin is able to handle. For instance, take the .kra extension, which is the saved form of projects created by the Krita painting and animation application. As described in this linked feature request (https://github.com/QL-Win/QuickLook/issues/912), .kra files are essentially zip archives that contain (among other things) previews of the rendered file in .png format. Using some logic code, I was successfully able to extract a relevant .png preview file to a location in the temp folder. Since .png is supported Out of the Box with the Image Viewer plugin (https://github.com/QL-Win/QuickLook/tree/master/QuickLook.Plugin/QuickLook.Plugin.ImageViewer), it would be great if there was a way to invoke it to present a preview of the temporary file as the preview of the larger .kra file without having to recreate the Image Panel class or any of the other relevant helper libraries.

Describe the solution you'd like It would be really helpful if there were some way to invoke the existing Out of the Box plugins when a simplified, compatible version of other filetypes is derived from a different file type. This would allow new plugins to be created to cover (among other things) application-specific file types that are simply an existing, compatible file type with additional application-specific functionality. (Please see footnote 1 for examples of other filetypes I think this would allow more efficient implementation of).

Describe alternatives you've considered The alternative in the status quo that I've been considering have been to either try and dissect the OotB plugin for the relevant info to recreate the intended effect for the simplified file type, or to copy the OotB code in full and add new logic for the specific filetype that you are trying to add compatibility to. Especially because most of the OotB plugins provide support for a plethora of file types, the code is difficult for the unfamiliar to dissect and extract a specific functionality from and implement into a smaller scope. Another alternative would be to rewrite the original OotB library as a plugin to include logic for the specific new filetype, and to make this a higher Priority Number than the original as to override functionality. The main drawback with this method is that it would result in plugin files much larger than they otherwise need to be, in addition to adding a truckload of redundancy to the application as a whole.

I can clarify or add details as needed. Thank you for taking a look at this!

Footnote 1. Examples of other file formats that could benefit from this include

These are just some examples I found in an hour of searching my hard drive; I am certain that there are other categories of file types that could benefit from a feature like this as well.

bug when use “everything” tool

For all's convenience, please use English to fill this issue.

Please search within existing issues before the submission. Has this issue already been reported?

Describe the bug When I use "quicklook" with "everything" in PC dual-screen mode, I often lose focus in the result list. Press the space on the search result to display the result. But when I move the cursor using arrow keys, there is often no response. 我在双屏模式使用”quicklook“搭配“everything”使用的时候，在结果列表，经常失去聚焦。 按搜索结果上的空格，显示结果。但移动光标，经常没有任何反应。

Screenshots and Exception Log If applicable, add screenshots and logs to help explain your problem. The log file is located in one of several locations. QuickLook.Exception.log

Preview only by hovering?

I have been through a bunch of suggestions and I have not seen this one, but I might be wrong, I might have just missed it.

Can't the hovering be used to pick which file you want to preview? I have only done two years of programming, so I am pretty bad, but instead of clicking, cant the hovering trigger be used to decide which file should be previewed? I imagine many people would prefer the arrow keys, but maybe there could be an option to choose from the original mode, or the hover mode.

Again, if this was suggested before I apologise,

recently, I found another plugin called WinQuicklook, its pdf preview is very smooth, which is really what this app lacks.

To make it easier for others (such as myself) to develop additional plugins for QuickLook, provide QuickLook.Common via NuGet.

Describe alternatives you've considered Pulling in the QuickLook.Common repository as a submodule results in versioning issues with the library due to the fact that version is set from a PowerShell script in the main QuickLook repository. The result is that the reference to QuickLook.Common in the plugin will not match with the version of the assembly that comes along with QuickLook itself. 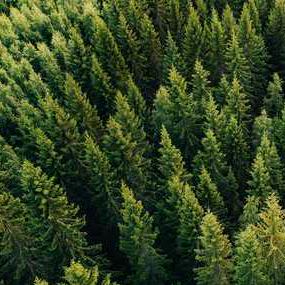 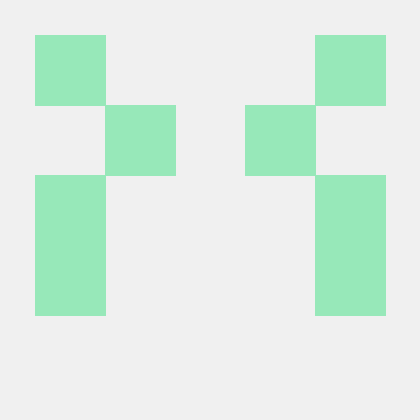 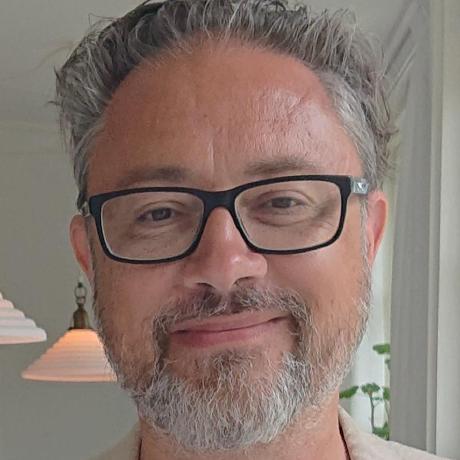 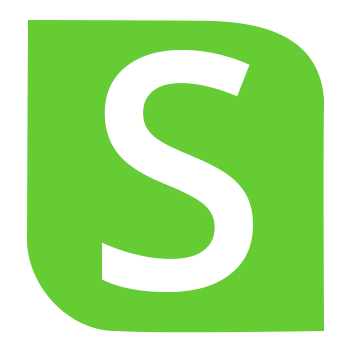 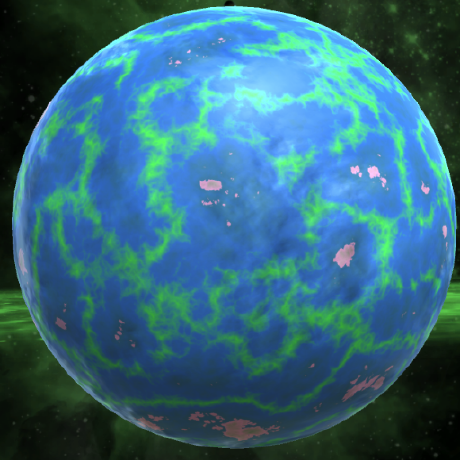 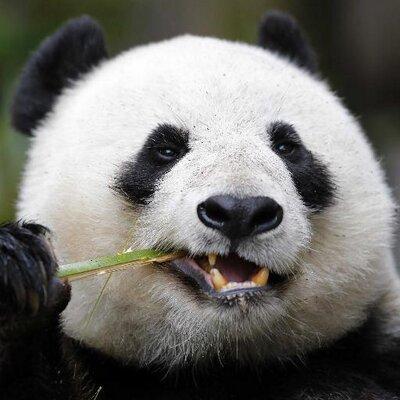 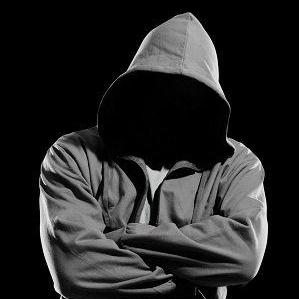