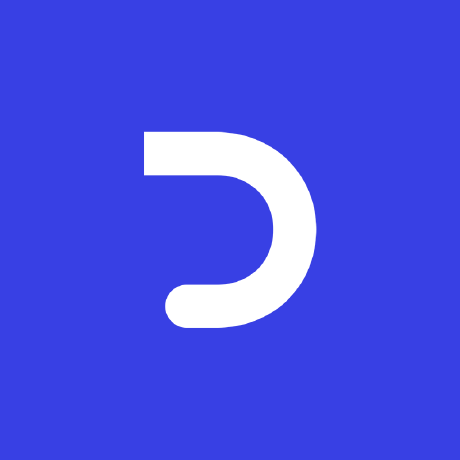 Hanna is a game engine for creating Choose Your Own Adventure games.

HannaCLIEngine Hanna is a game engine for creating Choose Your Own Adventure games that run in the command line. You can create complex paths for your games with the power of sequences and conditionals. Download Latest Release o

Hanna is a game engine for creating Choose Your Own Adventure games that run in the command line. You can create complex paths for your games with the power of sequences and conditionals.

How does Hanna work?

The engine takes in a game file (a json file) that contains all the data for a game and then runs that as a game. Then there's the Studio. 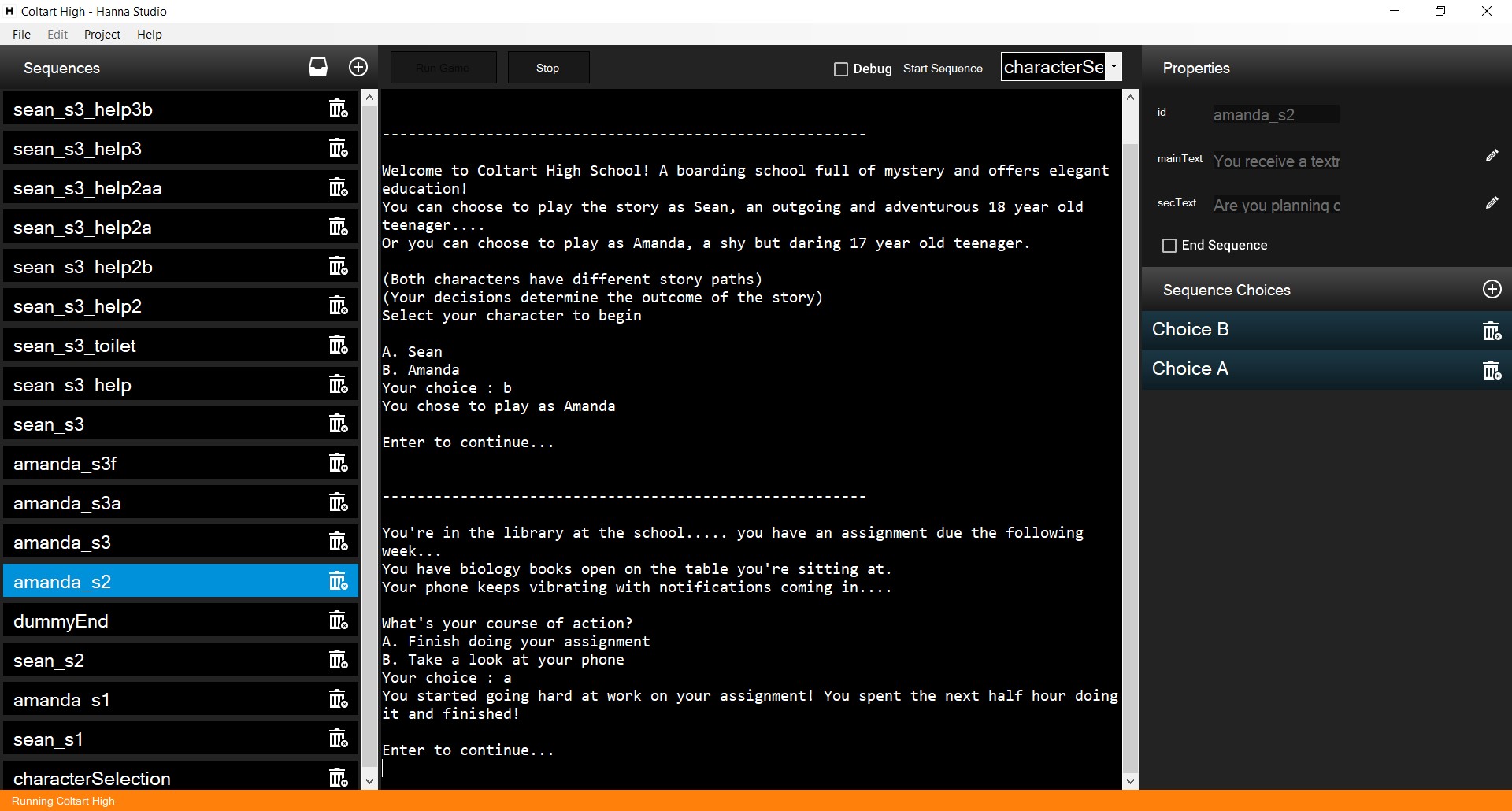 Hanna Studio is basically a "workspace" that allows you to make games for the engine. You can create game projects, work on them, run and test them all in the Studio.

How do I make a game?

Here is a rundown on how making a game for Hanna works. Your game is generally made of sequences. These are kind of like levels/stages in your game. These sequences in your game have these properties:

You can use Containers to store values of things such as inventory, weapons, friends, actions or whatever it is you want to store!

Now what might you use this value for??? Maybe you have a sequence that only displays a choice if the player has 'water bottle' in their inventory. You can just make a conditional choice, make the conditional container 'inventory' and set the value to 'water bottle'. (That's it!)

Your games' containers can be added through this button in the studio.

If you've understood how things work so far.. or have a rough idea, using the studio won't be such a big deal to you. Things may be complicated at first but it'll all make sense.

You can easily run your game inside the studio by simply clicking the Run Game button on to top-bar section of the studio.

The engine is compiled into a separate application which is used by the studio to run your game. This separate file is named "hannacli.exe". It takes in 2 parameters:

You can run a game from it's JSON file straight from the command line:

The Studio doesn't have exporting to desired file and location yet :( I was working on so many other things and I hadn't done that yet. But whenever you run your game in the studio, it is exported to the parent directory of the studio as "export.json".

Most of the UI comes clear as soon as you understand all of the above!

Your game project will have meta data of course. When you create a new project you give your game a title and an author..... there will also be a description in there. The main properties of your game are:

There will be some sample projects the sample-projects directory...... You can take a look at those and figure out the ropes! Hanna Studio files are under the extension .hprj.

Hanna components use some libraries. Nuget packages used are included in the source as well as references.

Here are the requirements for building Hanna from the source code:

Hanna-Studio (C#) depends on HannaCLIEngine (C++) to run, so make sure to have both these Visual Studio workloads installed. Both of these separate projects are under the same solution.

When you have Visual Studio ready, you can simply clone this repo using: (or download source)

Then just open the solution "HannaCLIEngine.sln" in Visual Studio and you're good to go!

You might want to set the Startup project of the solution to Hanna-Studio.

You can now build and run Hanna Studio straight from the source.

You might also need to add "ConsoleControl.dll" as a reference to the Hanna Studio project. Just open the solution in Visual Studio and right click on the project Hanna-Studio > Add Reference > Browse .... then navigate to the references folder in the cloned source folder then select ConsoleControl.dll. You should be able to run Hanna Studio. Additionally, if you're able to run Hanna Studio but clicking Run Game does nothing on the console area... you might want to enable Build for HannaCLIEngine in the projects Configuration Manager. To do so, right click on the solution in Visual Studio > Select Configuration Manager > Enable Build on HannaCLIEngine.. then close and run Hanna again - things should work as intended.

These are some of the to-dos for Hanna

This entire project is not complete nor does it meet any professional standards in terms of code or anything. The studio may have lots of bugs as well as the engine itself.... There is always room for improvement :)

Go ahead and take a look at the source code! If you have any idea, fixes, whatever if may be...... feel free to contribute to this engine! Looking forward to people creating some awesome games with it! 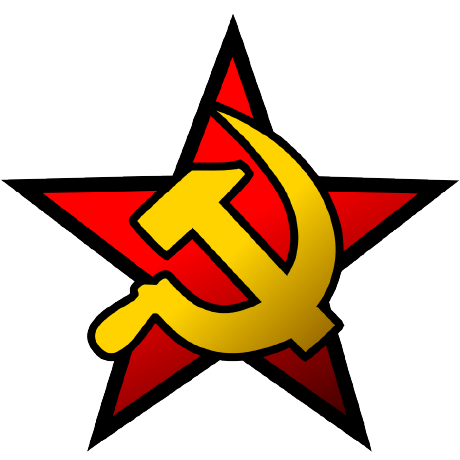 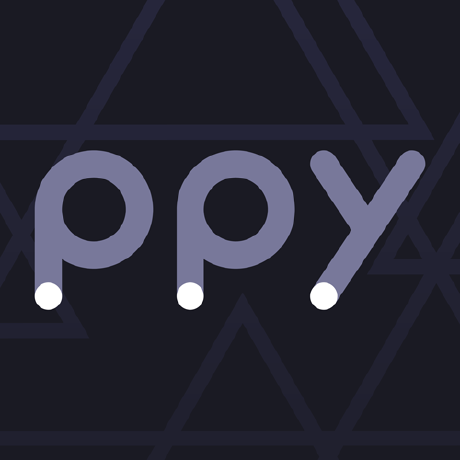 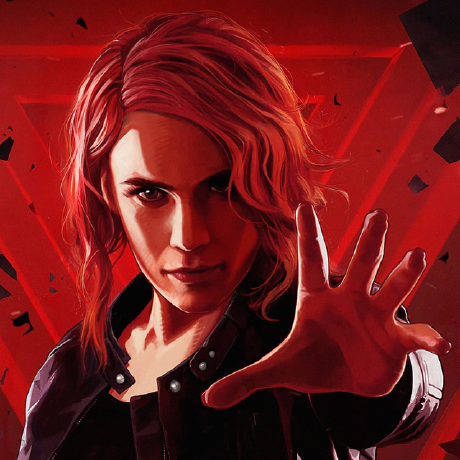 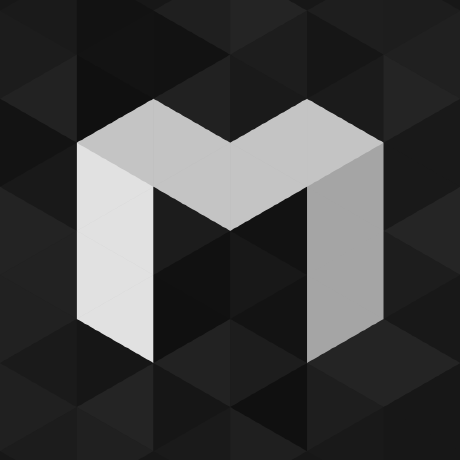 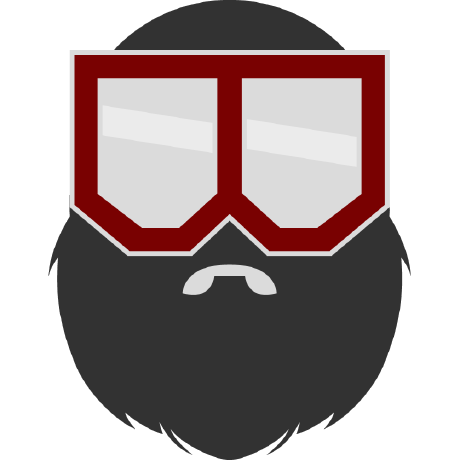 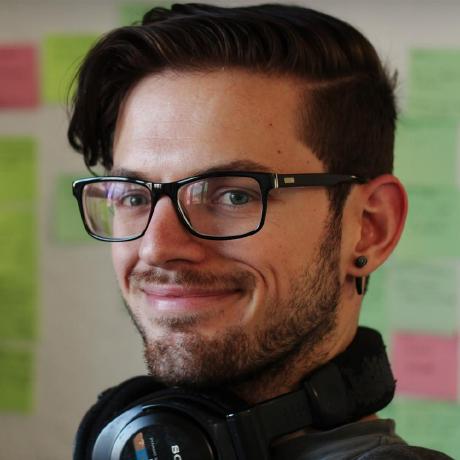 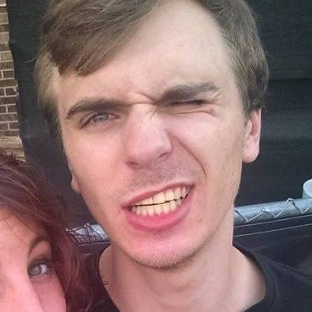 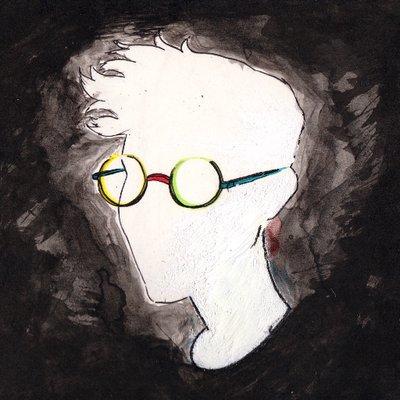 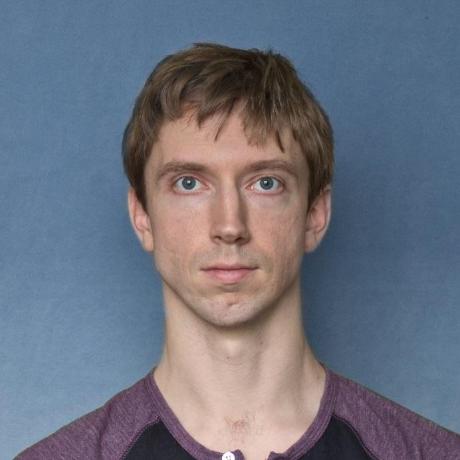 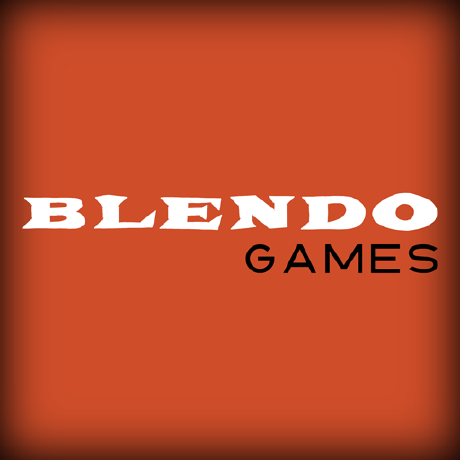 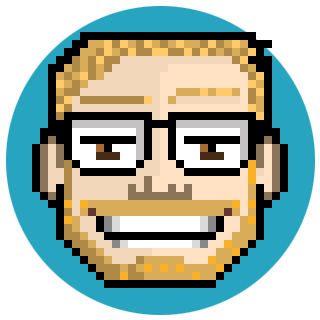 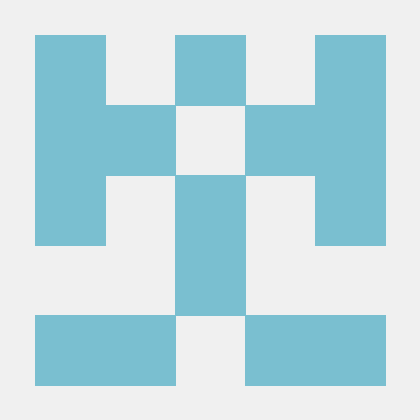 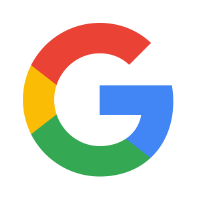 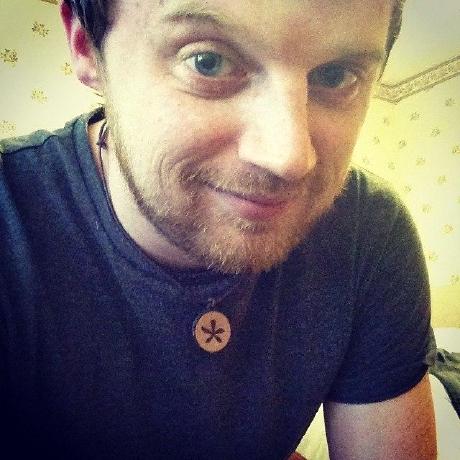