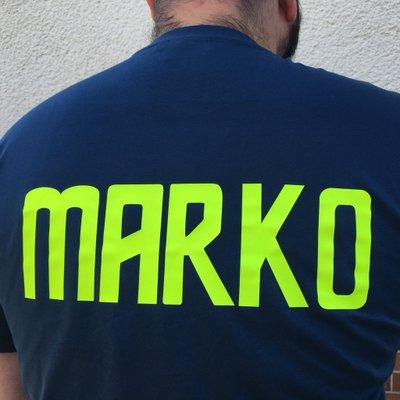 Rosi, the power of .NET Core in a single executable.

Rosi is an easy way to run your C# code everywhere, especially on Linux and macOS. No need to mess around with package management. Rosi is just a single executable file that you need to run your C# code. Just put it on your USB drive and you're done.

Join the Rosi community chat for questions and support!

The power of .NET Core in a single executable

Rosi is an easy way to run your C# code everywhere, especially on Linux and macOS. No need to mess around with package management. Rosi is just a single executable file that you need to run your C# code. Just put it on your USB drive and you're done.

Side note: We use Rosi on desktop computers for automation to help the users get their stuff done faster (generate reports, process Excel sheets, etc). We usually put all the script files into a readonly network share and the users just have to double click on the correct .rosi file. No need to build and deploy binary files to individual computers (what a nightmare), it is 100% independent from the users operating system and we still get the native speed of the .NET Core framework. We only replace the script files on the network share and we're done.

You only have to modify your code to impelement the IRosi or IAsyncRosi and you're done.

Side note: We use SaltStack to manage our servers and the servers from our customers. It is a great and simple way to automate the management of our infrastructure. And therefore we have some rules, two of them are: We don't configure anything by hand, everything is done by using salt and we don't touch the package management of a system and add any external sources, if it's not really required. Using salt only is often not enough, we have to write scripts here and there to glue everything together. And we used Bash scripts. But while you can writing complex scripts in bash, you usually don't want to do that.

We thought about using a real programming language with good debugging support that runs on all important operating systems and we decided to use C# (seriously, it's a great language, static typed languages ftw!). But installing the .NET Core runtime on every system is a little overkill for running small scripts and didn't play nice with our own rules. Rosi was the solution to this problem.

This salt state installs or updates to the latest Rosi version.

Download the latest Rosi macOS App, unzip it and move it to the Applications folder. All .rosifiles will open in the macOS App, when you double click them. To make Rosi available through the terminal, put a symlink into /usr/local/bin.

Download the latest Rosi Windows Version and unzip it. You will have the rosi.exe in the current directory. Move the rosi.exe to a location of your choice and add to your PATH environment variable to access it from the command line.

A more simple solution would be to move the rosi.exe into your Windows directory. Move it to C:\Windows and you're done. You can use it from the command line now.

Associate the .rosi file extension with Rosi. Look at this tutorial and select the rosi.exe in the last step.

(Linux/macOS/Windows) You can run Rosi scripts from the command line.

(Linux/macOS) Rosi scripts have shebang support. But a shebang is invalid C# code and would break debugging. Therefore, we use a workaround for debugging scripts. We create two files, a script.rosi and a script.cs file. The script script.rosi contains only the shebang and other directives and includes script.cs. See the Shebang Example.

Rosi scripts have the file extension .cs or .rosi and you can associate the .rosi file extension with Rosi. Whenever a user double clicks on a .rosi file, the Rosi executes the script. Do not confuse your users and name only your main script .rosi or change the script directory to a subfolder.

(Windows) You have to associate the file extension .rosi manually with Rosi. Look at this tutorial and select the rosi.exe in the last step. (macOS) If you download the Rosi macOS App, all files with a .rosi extension will automatically open with it. Every Rosi script is a valid C# file. And we didn't want to reinvent the wheel as there is already a huge eco system for C# avaiable. Therefore, you can debug your Rosi script like a normal C# program with your favorite tools and IDEs. See the provided Debugging Project.

Basically, you create a new C# console project in your script directory, add the Rosi.Runtime NuGet package and set a valid Main method.

Create a new project in your script directory with your IDE of choice or use the console:

Now, two options are available. A new project usually contains a Program.cs with a Main() method. You can now edit this file or delete it and add the Main() method to your main script. We usually prefer the second method.

You can now set your breakpoints and start debugging your script with your favorite IDE.

Here's an example of a script with a Main() method for debugging:

The compile directive compiles a script into an assembly. The Rosi.Runtime will automatically reference and include the compiled assembliy. The compiling happens before the actual script that contains the directive will be compiled. If it can't find the specified file, it will add the .rosi extension and will try it again. If this fails too, it will add the .cs file extension. If all tries fail, the runtime will exit.

This acts like the compile directive, but the script will be compiled into an assembly, AFTER the script that contains it is compiled.

The include directive actually includes the content of the script file into the current script. This is done by splitting the script into a header (using xy, etc.) and body (the actual code) part and insert it at the right locations in the current script. This is usefull, if you have cycling references in classes, but still want to split the classes into different files.

A side note: Once we had a large script of entity definitions (a few thousand lines), with a lot of circling references (entity A was referencing entity B and vice versa). Therefore, we couldn't break them down into different assemblies. This wasn't a big problem at all for us, as all this code didn't contain much logic. But it was a huge problem for Visual Studio, as it wasn't able to process the script in a reasonalbe time. Sometimes it took a few secondes before it accepted a key strokes or updated intellisense. After a while (and lots of swearing), we decided to implement the include directive. We put all the entities in separate script files and added an empty script that simply includes all of them. Problem solved.

Loads an assembly into the Rosi.Runtime.

Sets internal or custom options. It is also possible to specify options via arguments. Debugset works only while debugging a script, otherwise it is ignored.

Internal options for the Rosi.Runtime. You can set the options via the set/debugset directive or as a argument when running a script.

Sets a separate directory for the scripts, default is the location of the main script.

Sets a separate directory for assemblies, default is the location of the main script.

Compiled assemblies will be chached and resued every run, as long as they scripts don't change. Default is true.

Log output will be redirected to the console, default is true.

Log output will be redirected to a file, default is false

The name or path of the log file, default is log.txt.

Show the actual script in the log ouput, if the compilation fails.

Sets a separate directory for scriban templates, default is the location of the main script.

Scriban is a fast and powerful templating engine. If you don't know scriban, head over the GitHub Repository to learn more about it. It is easy to use and really awesome.

As linux admin, you probably know, that there are text based configuration files everywhere. And as we often need to create configuration files, we embedded scriban into the Rosi.Runtime. There is an example available: Scriban Exmaple.

Side note: We use SaltStack and Rosi to manage our and our customers clients and servers. We generate the required configurations on the local salt master with Rosi and deploy them afterwards using SaltStack. We have more control over the output and it is easier to spot and debug errors.

In Memory of Rosi

A lovely wife, caring granda and best mom in the world. 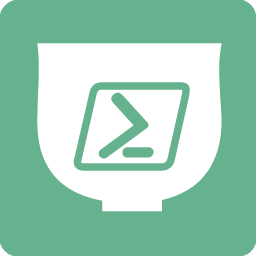 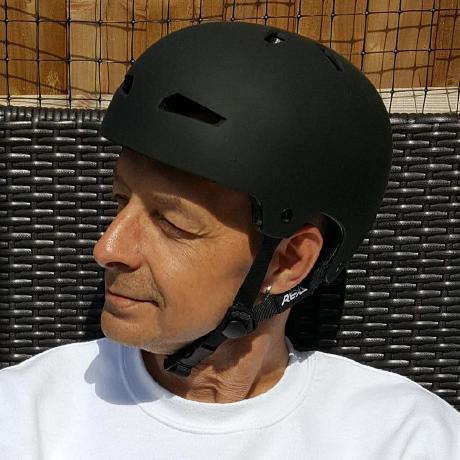 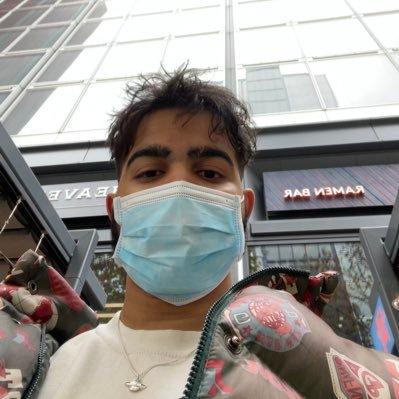 Testura.Code is a wrapper around the Roslyn API and used for generation, saving and compiling C# code. It provides methods and helpers to generate classes, methods, statements and expressions. 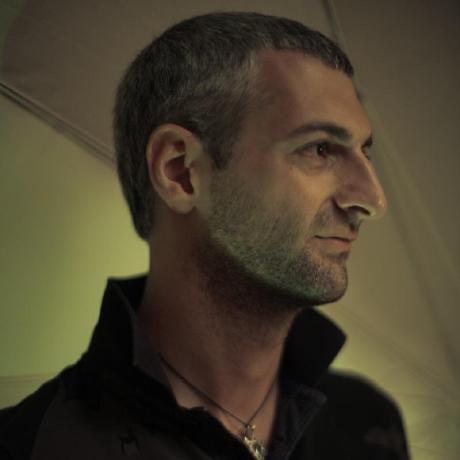 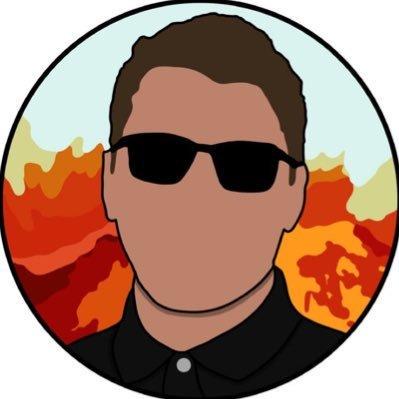 Rosi, the power of .NET Core in a single executable. 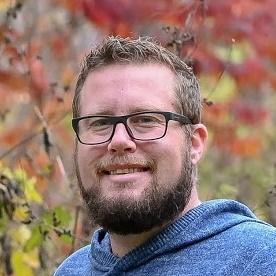 Build Automation
193
Testura.Code is a wrapper around the Roslyn API and used for generation, saving and compil...

Testura.Code is a wrapper around the Roslyn API and used for generation, saving and compiling C# code. It provides methods and helpers to generate classes, methods, statements and expressions. It provide helpers to generate: Classes
Build Automation
55
Nightly builds of common C# offensive tools

A web app for browsing Windows Package Manager apps, and create a batch-installation command using an intuitive interface.
Build Automation
49
Rosi, the power of .NET Core in a single executable.

Rosi is an easy way to run your C# code everywhere, especially on Linux and macOS. No need to mess around with package management. Rosi is just a single executable file that you need to run your C# code. Just put it on your USB drive and you're done.
Build Automation
10
MSBuild Tasks to help with Binding projects for Xamarin Android and iOS

Xamarin.Binding.Helpers is a NuGet package with MSBuild tasks and other useful tools to help make bindings easier!