(On Windows make means running make.bat, so make sure you use cmd.exe)

Now you can try ./v run examples/hello_world.v (v.exe on Windows).

V is being constantly updated. To update V, simply run:

You'll need Clang or GCC or Visual Studio. If you are doing development, you most likely already have one of those installed.

NB: it is highly recommended, that you put V on your PATH. That saves you the effort to type in the full path to your v executable everytime. V provides a convenience v symlink command to do that more easily.

On Unix systems, it creates a /usr/local/bin/v symlink to your executable. To do that, run:

On Windows, start a new shell with administrative privileges, for example by Windows Key, then type cmd.exe, right click on its menu entry, and choose Run as administrator. In the new administrative shell, cd to the path, where you have compiled v.exe, then type:

That will make v available everywhere, by adding it to your PATH. Please restart your shell/editor after that, so that it can pick the new PATH variable.

NB: there is no need to run v symlink more than once - v will continue to be available, even after v up, restarts and so on. You only need to run it again, if you decide to move the V repo folder somewhere else.

Testing and running the examples

Make sure V can compile itself: 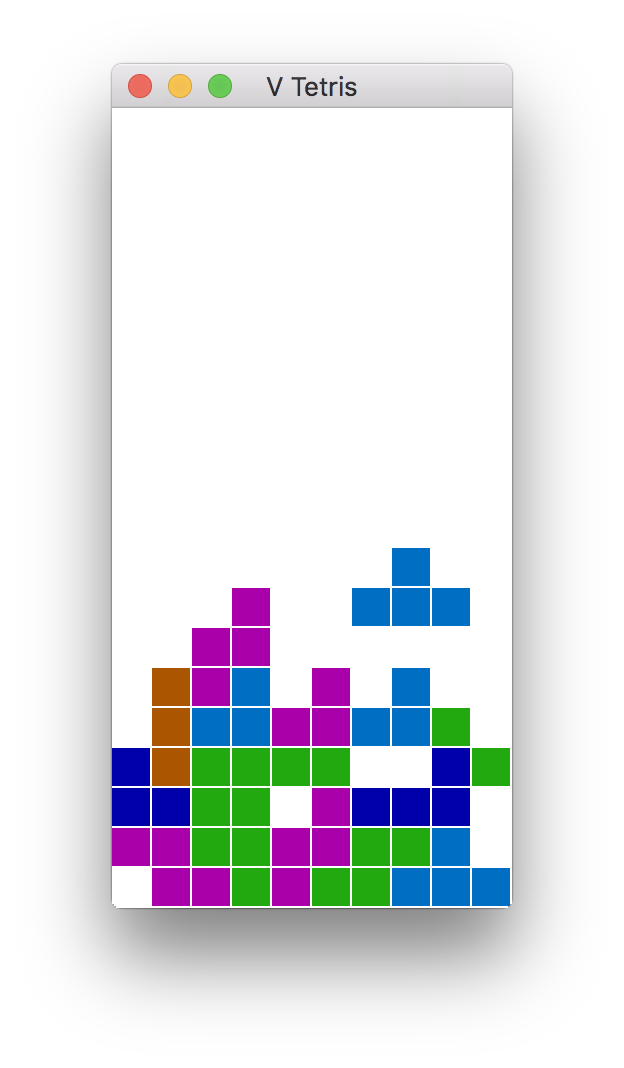 In order to build Tetris and anything else using the graphics module on non-Windows systems, you will need to install freetype libraries.

If you plan to use the http package, you also need to install OpenSSL on non-Windows systems. 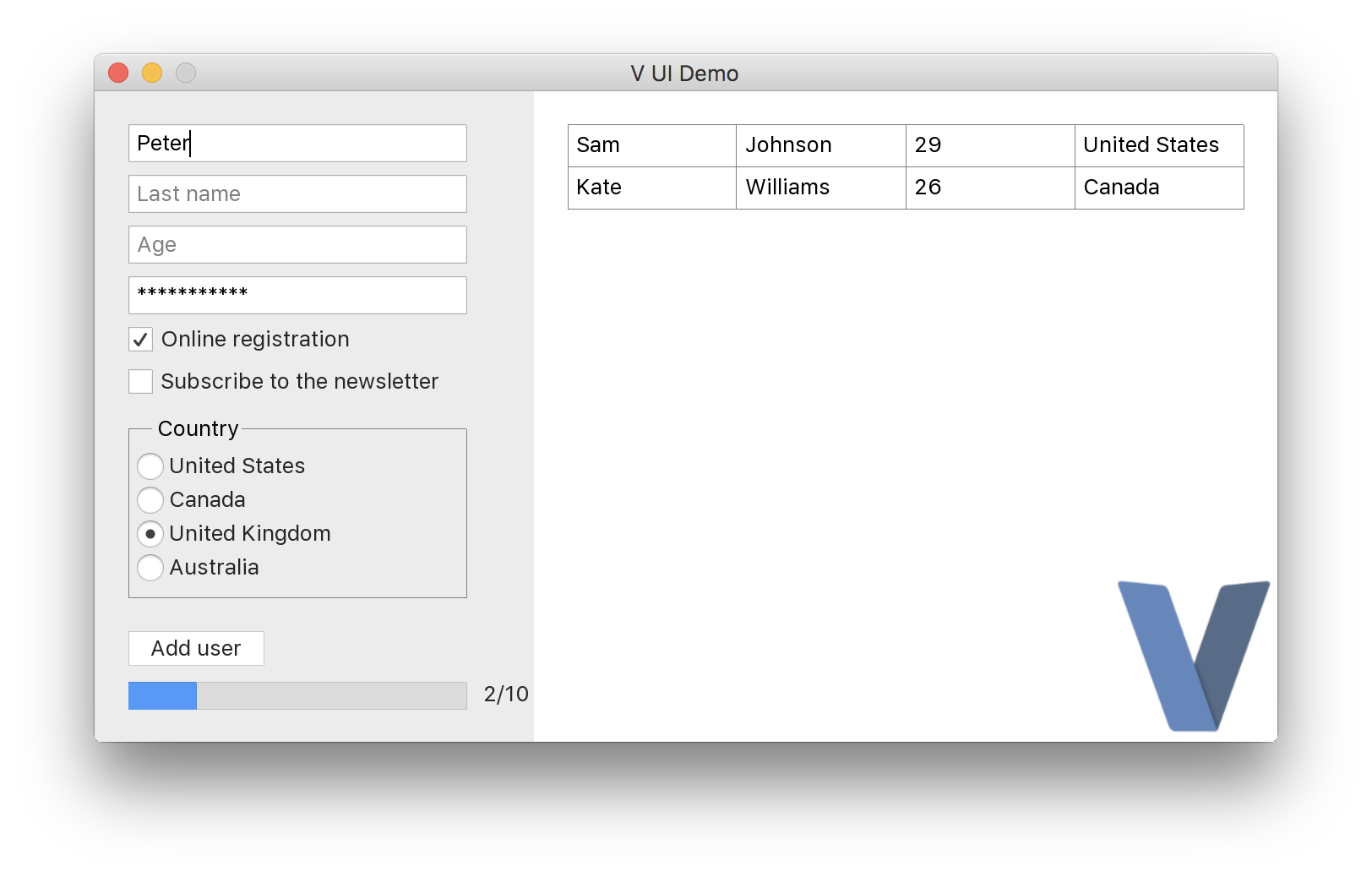 Please see the Troubleshooting section on our wiki page

Inaccuracies in the README

I downloaded the compiler source and IcarusVerilog couldn't process it but there are no other compilers available that can process .v files, please fix

Just published the first V example to show you some features of the language. Very interested in your input.

This language is not as advertised

This language is not as advertised

You have previously claimed that the V compiler uses no AST. However, most of the features that you claim would require a form of AST to even work, including generics and interfaces. An AST is an abstract syntax tree, which means that it just stores data about the syntax that is in a tree-like format. It's pretty much impossible to not have unless you have a very basic language or doing naïve transformations into another similar language.

You claim that the language has no runtime but the following require a runtime:

Why was the playground lacking a lot of basic functionality? If most of these extremely basic features are broken, how could you have made any software in this language other than basic things? -- e.g. Fibonacci examples.

Software claimed to be built in V:

Claims from your "compare" page:

How would you handle pointers?! In your documentation, you demonstrate that pointers exist. This means that no null is false. Pointers also crashed the playground.

And when you mean stricter, what does that mean? It was also failing quite often even on basic code in the playground.

So how do they work? Is it just static dispatch?

What you have promised does not even come close to what is delivered.

V UI has been released, V itself is used for declarations.

Which approach do you think is the best: Swift/Dart (using the same language for declarations) or Qt/QML (using a smaller cleaner different language)? 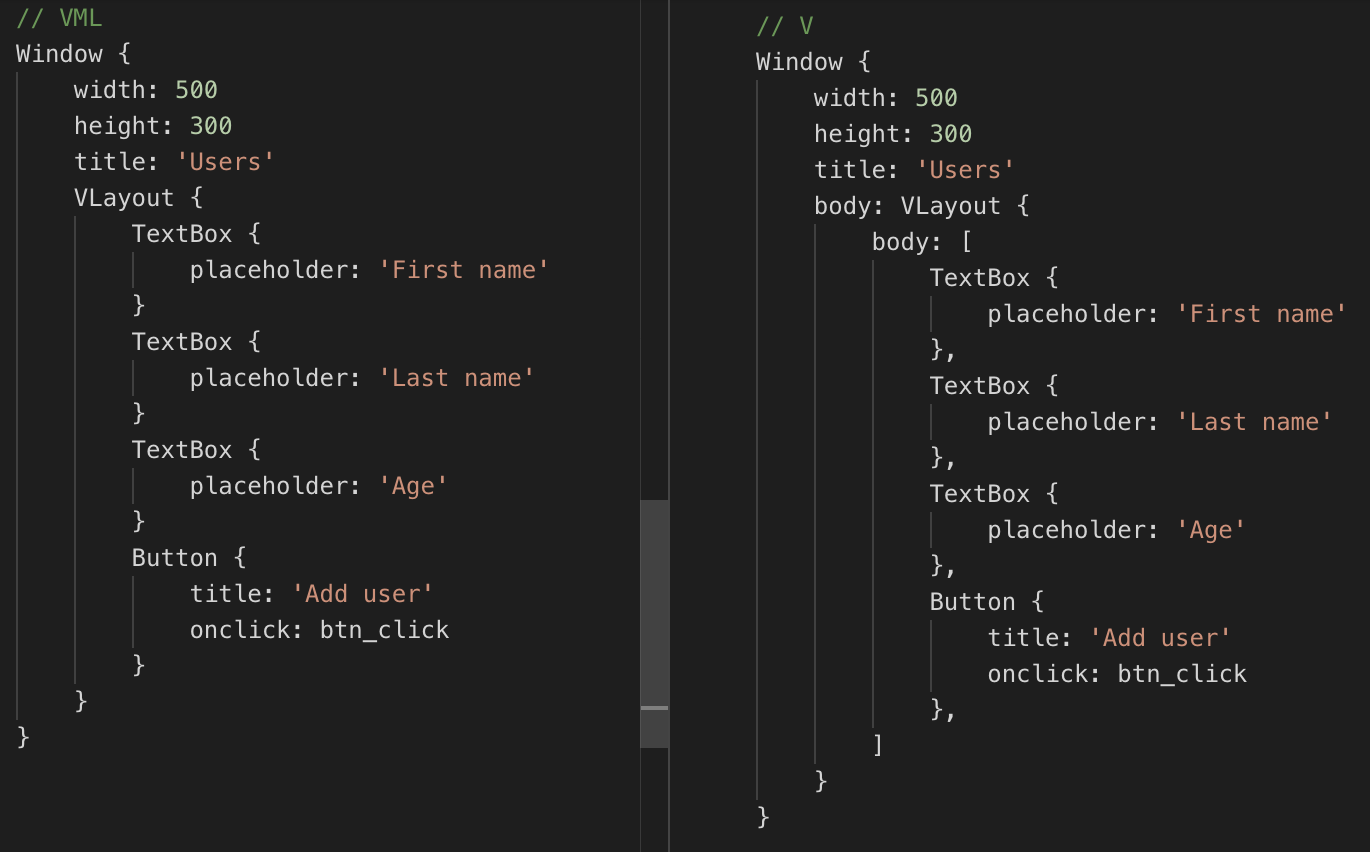 It's nice to have only one language, but the "VML" approach looks cleaner to me.

Also, I'd need to modify V a lot, for example to allow things like [TextBox{}, Button{}].

The other day, I was tinkering with a small prog in V which involved enabling / disabling some of OSX's LaunchAgents. For my sins, I named one of my variables launchagentenabledpath [OK. It might not be elegant, or what you'd use, but it's how I roll!].

Anyway, to my surprise V refused to compile my prog, because it didn't like the way I'd named the variable:

Now, I know everyone has their own way of naming variables. Ranging from the folks who like to use cryptic one-letter names like x, to the people [like me] who tend to use VariableNamesThatAreABitMoreDescriptive.

And I know that some programming languages are fussy about what kind of names can begin with uppercase and which with lowercase letters. And then there are languages which require you to distinguish between private and public vars by [for example] beginning the names with an underscore or not. And, at the other end of the spectrum, you have a language like Nim, which is very lax about variable names, being pretty much case agnostic, apart from the initial letter.

But this is the first time I've had a programming language actually refuse to compile unless I changed a variable name –not because I'd used one that was syntactically "wrong" –but just because it didn't like how I worded it.

Is it necessary to be quite so "opinionated" as that?

Interestingly enough, I ran a few long dictionary words through the compiler as variable names [Yes, I do have too much time on my hands!] and found that, rather than any kind of logic for identifying when the miscreant programmer has created a multi-word variable name, it seems the compiler just refuses to accept any variable names longer than 15 letters.

So, ironically iamamultiword [I am a multi word] is acceptable as a variable name, whilst misunderstanding, extraterrestrial and characterisation are rejected by the compiler as being unseparated-multi-word names.

In my case, this was a minor irritation –I want to name my variables how I want [within reason]. But I could see it having a bit more of an impact for people programming in languages like German which tend to be a bit more er... 'longwinded' when it comes to naming conventions.

So, just out of curiosity, why such a relatively short limit on variable names? Did one of the dev team have a traumatic childhood incident involving one of those windowDidNotFinishLoading type names beloved of other platforms and vow never to go there again?

We need to specify boundaries of each branch either by "new line" or by any other means. For switch V can just look on the next token to see if it's a "case" and stop statements. Your made a hack where V checks if the next token is "=>" to stop parsing statements. Also there is an option to implement error recovery to remove my limitations. I'm ready with "match statement" and "match expression". Here what I've got.

This code is unwrapped to

Also you can omit those braces if you are using only one statement there.

Braces allow next case to use enums.

This is just like switch works, but you have to use braces for multiple statements for now.

match_expr requires else for now. match_expr requires the right side of the arrow to be a value. If we allow users to use statements there, then we would have to handle all cases which C doesn't support (i.e. defining variable there). This is the only difference between match_st and match_expr.

The stdlib exposes direct access to the stdin File, through the os.open_stdin() function. It would be very helpful if there were similar functions for stdout and stderr.

I'm porting an application written in Go to V. It is a CLI that accepts input via stdin, transforms it and uses the data, and sends it back out through stdout, and sends some information to stderr. The application works with large amounts of data so the goal is not to store the data in memory but the transformation and output happens streaming it out.

What did you do?

What did you expect to see?

What did you see instead?

See test case, there are some tests that are not passing because the check is not done properly for some scopes.

Also I think it would be interesting to avoid having those checks for unsafe {} blocks.

See the test as an example

parser: better error message for use of `mod.submod.Type` 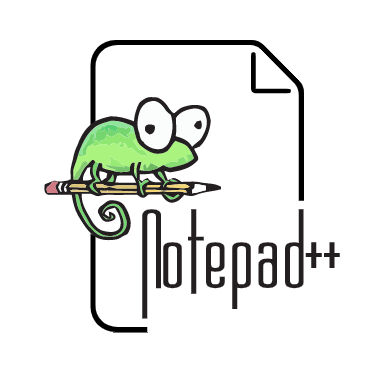 What is Notepad++ ? Notepad++ is a free (free as in both "free speech" and "free beer") source code editor and Notepad replacement that supports several
Miscellaneous
1.2k
Zero-details, privacy-focused in-app file system. 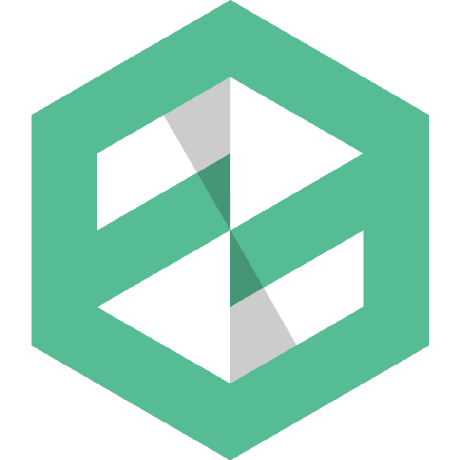 ZboxFS ZboxFS is a zero-details, privacy-focused in-app file system. Its goal is to help application store files securely, privately and reliably. By encapsulating files and directories into an encrypted repository, it pr
Miscellaneous
1.1k
a Realistic and Rich 3D Environment 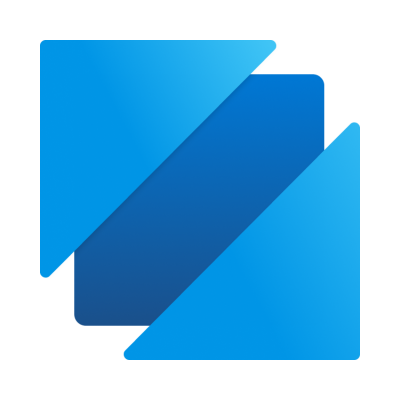 ProcDump ProcDump is a Linux reimagining of the classic ProcDump tool from the Sysinternals suite of tools for Windows. ProcDump provides a convenient way for Linux developers to create core dumps of their application based on p
Miscellaneous
2.3k
IoT operating system for microcontrollers. 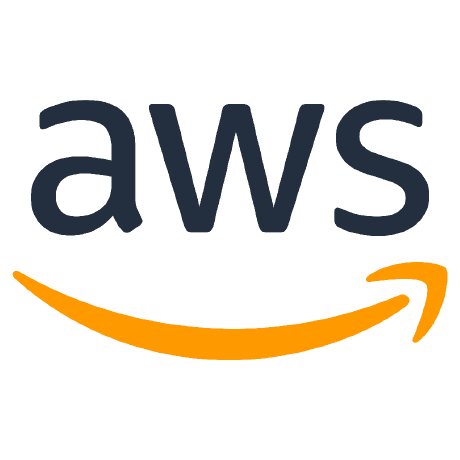 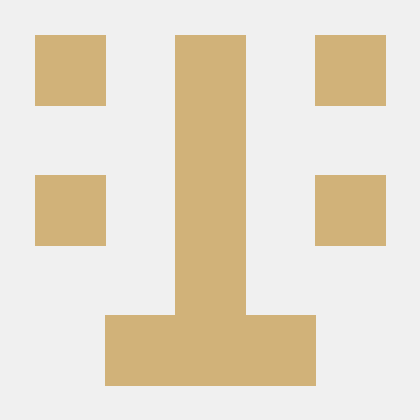 TinyGenericC A problematic C99 project that exploit undefined behavior to achieve generic programming. Inspired by rxi/map and rxi/vec and attractivechaos/klib WARNING You are summoning the horrific nasal demons from
Miscellaneous
578
RetDec plugin for IDA 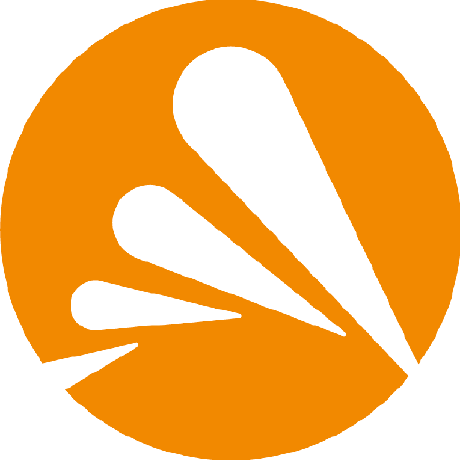 RetDec IDA plugin RetDec plugin for IDA (Interactive Disassembler). The plugin is compatible with the IDA 7.x versions. The plugin does NOT work with IDA 6.x, or freeware version of IDA 7.0. The plugin comes at both 32-bit and 6