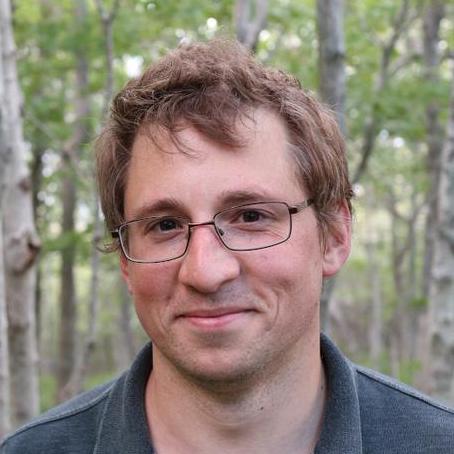 MPack - A C encoder/decoder for the MessagePack serialization format / msgpack.org[C]

Introduction MPack is a C implementation of an encoder and decoder for the MessagePack serialization format. It is: Simple and easy to use Secure against untrusted data Lightweight, suitable for embedded Extensively doc

MPack is a C implementation of an encoder and decoder for the MessagePack serialization format. It is:

The core of MPack contains a buffered reader and writer, and a tree-style parser that decodes into a tree of dynamically typed nodes. Helper functions can be enabled to read values of expected type, to work with files, to allocate strings automatically, to check UTF-8 encoding, and more.

The MPack code is small enough to be embedded directly into your codebase. Simply download the amalgamation package and add mpack.h and mpack.c to your project.

The MPack featureset can be customized at compile-time to set which features, components and debug checks are compiled, and what dependencies are available.

The Node API parses a chunk of MessagePack data into an immutable tree of dynamically-typed nodes. A series of helper functions can be used to extract data of specific types from each node.

Note that no additional error handling is needed in the above code. If the file is missing or corrupt, if map keys are missing or if nodes are not in the expected types, special "nil" nodes and false/zero values are returned and the tree is placed in an error state. An error check is only needed before using the data.

The above example decodes into allocated pages of nodes. A fixed node pool can be provided to the parser instead in memory-constrained environments. For maximum performance and minimal memory usage, the Expect API can be used to parse data of a predefined schema.

In the above example, we encode to a growable memory buffer. The writer can instead write to a pre-allocated or stack-allocated buffer, avoiding the need for memory allocation. The writer can also be provided with a flush function (such as a file or socket write function) to call when the buffer is full or when writing is done.

Note in particular that in debug mode, the mpack_finish_map() call above ensures that two key/value pairs were actually written as claimed, something that other MessagePack C/C++ libraries may not do.

Comparison With Other Parsers

MPack is rich in features while maintaining very high performance and a small code footprint. Here's a short feature table comparing it to other C parsers:

A larger feature comparison table is available here which includes descriptions of the various entries in the table.

This benchmarking suite compares the performance of MPack to other implementations of schemaless serialization formats. MPack outperforms all JSON and MessagePack libraries (except CWPack), and in some tests MPack is several times faster than RapidJSON for equivalent data.

Why Not Just Use JSON?

Conceptually, MessagePack stores data similarly to JSON: they are both composed of simple values such as numbers and strings, stored hierarchically in maps and arrays. So why not just use JSON instead? The main reason is that JSON is designed to be human-readable, so it is not as efficient as a binary serialization format:

The above issues greatly increase the complexity of the decoder. Full-featured JSON decoders are quite large, and minimal decoders tend to leave out such features as string unescaping and float parsing, instead leaving these up to the user or platform. This can lead to hard-to-find platform-specific and locale-specific bugs, as well as a greater potential for security vulnerabilites. This also significantly decreases performance, making JSON unattractive for use in applications such as mobile games.

See test/README.md for information on how to test MPack.

As discussed in #34 for now there is only the generic writer with C++ overloading. I added a c11=1 target to scons (for now). Before merging I can continue working on this pull request and we can discuss in #34. Let me know what you think.

Hi, we are using this nice library within Linux kernel modules. Since we only need the writer, a colleague took only the necessary code and changed/removed stuff to make it compile.

This works but is of course not that nice. I haven't found any clean way of configuring the project accordingly.

Did I miss something?

I'm working on an ARM platform(little-endian) with your library. I was using doubles and floats, but this probably also counts for other types in mpack. The items in the the packet are endian swapped and not sent big-endian as described in the spec. https://github.com/msgpack/msgpack/blob/master/spec.md#formats-float

Perhaps it is a good idea to check for little-endian and swap the bytes when necessary?

I was compiling Mpack for a non-Linux platform today (non-GNU) and ran into a big list of warnings (46 to be exact). Since we want to compile our code with -Werror we really want to fix it. But we need your opinion on this.

See some of our warnings below this. We are using the amalgamation package, so line-numbers are crazy, but you will get the point. The compiler moans about the check within #if while the variable is not defined.

In the example of the first warning:

but this creates a mess in the code. From my point of view, you want to use:

but this changes the behavior when configuring Mpack, only setting config to 0 wouldn't suffice. You need to disable the config option completely.

I can fix this and make a PR for you. But (since it is your lib) I need your input on this.

MPACK_HAS_GENERIC autodetection is bugged with clang and/or C++ compiler

With clang 3.7 the generic autodetection is bugged. Because of the following issue: See http://clang-developers.42468.n3.nabble.com/Generic-compiles-fine-in-c-source-td4037233.html

mpack_writer should not set flag to mpack_error_io when buffer to small

I think current behaviour is a bit weird when a static buffer is not big enough and more is tried to be written and the context is destroyed. The error flag is expected to be mpack_error_too_big but it is stated in the documentation (and emitted) currently as mpack_error_io.

I need some help. Because I can't find way to solve my problem.

I need to copy nested map (from another map) into new mpack as is. Could I do it somehow in your library?

Or simpler case. Could I write into new map pre-serialized element? I serialize nested map once and will be write it in many new map as ready element.

I want to use a serialization protocol between embedded device communicating through MQTT with an NodeJs broker. First thing: I don't know how to define the msg structure to be packed/unpacked. Second thing: How to use the same protocol/structure on server side?

Created a JUCE module for mpack.

I'm open to ideas for how you would like to have these files be automatically tested as part of your CI.

I'm not sure what you would want to see run as part of this project. Although, JUCE provides a UnitTest class which could be integrated into the module, and selectively enabled via a module configuration macro.

There are two types of warnings that come up. Seeing that I don't have the entire context for why the code is the way it is, I'm not totally sure how you would prefer tackling them so I'll leave that up to you! 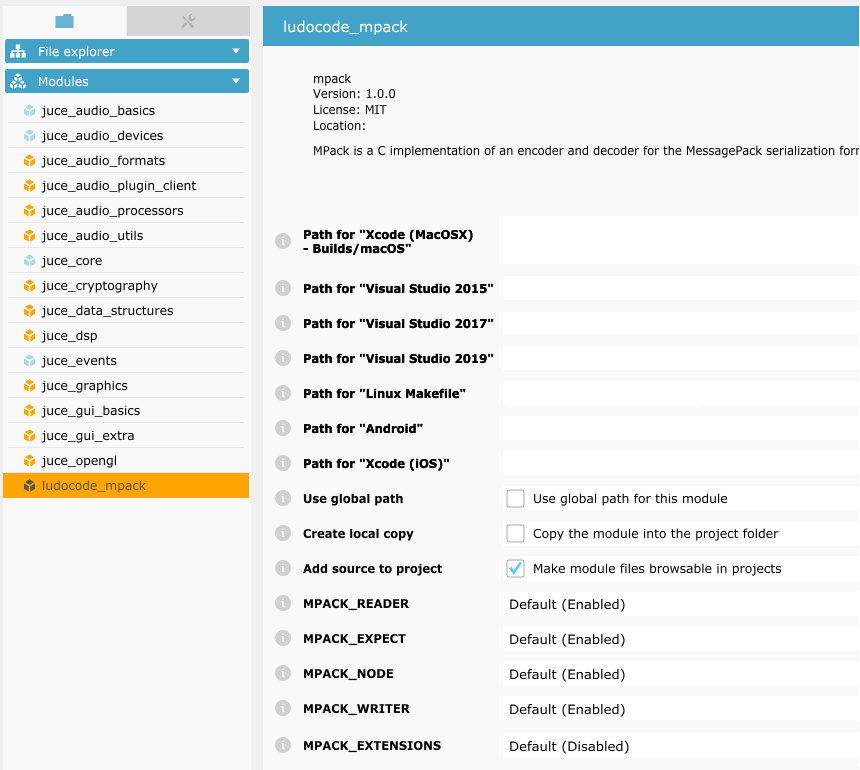