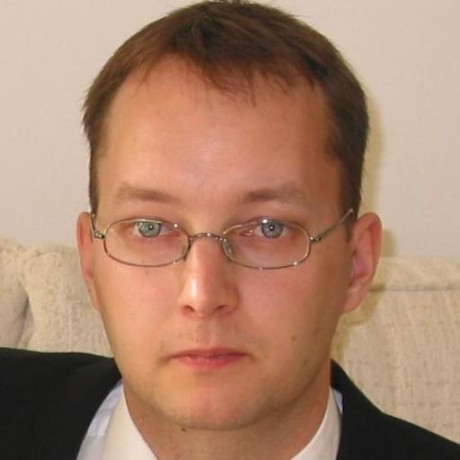 Introduction TRE is a lightweight, robust, and efficient POSIX compliant regexp matching library with some exciting features such as approximate (fuzzy) matching. The matching algorithm used in TRE uses linear worst-case time in

TRE is a lightweight, robust, and efficient POSIX compliant regexp matching library with some exciting features such as approximate (fuzzy) matching.

Here's how to work with this code.

You will need the following tools installed on your system:

First, prepare the tre. Change to the root of the source directory and run

This will regenerate various things using the prerequisite tools so that you end up with a buildable tree.

After this, you can run the configure script and build TRE as usual:

In a prepared tree, this command creates a source code tarball:

Alternatively, you can run

which builds the source code packages and puts them in the dist subdirectory. This script needs a working zip command.

TRE is not just yet another regexp matcher. TRE has some features which are not there in most free POSIX compatible implementations. Most of these features are not present in non-free implementations either, for that matter.

Approximate pattern matching allows matches to be approximate, that is, allows the matches to be close to the searched pattern under some measure of closeness. TRE uses the edit-distance measure (also known as the Levenshtein distance) where characters can be inserted, deleted, or substituted in the searched text in order to get an exact match.

Each insertion, deletion, or substitution adds the distance, or cost, of the match. TRE can report the matches which have a cost lower than some given threshold value. TRE can also be used to search for matches with the lowest cost.

TRE includes a version of the agrep (approximate grep) command line tool for approximate regexp matching in the style of grep. Unlike other agrep implementations (like the one by Sun Wu and Udi Manber from University of Arizona) TRE agrep allows full regexps of any length, any number of errors, and non-uniform costs for insertion, deletion and substitution.

POSIX defines the behaviour of regexp functions precisely. TRE attempts to conform to these specifications as strictly as possible. TRE always returns the correct matches for subpatterns, for example. Very few other implementations do this correctly. In fact, the only other implementations besides TRE that I am aware of (free or not) that get it right are Rx by Tom Lord, Regex++ by John Maddock, and the AT&T ast regex by Glenn Fowler and Doug McIlroy.

The standard TRE tries to conform to is the IEEE Std 1003.1-2001, or Open Group Base Specifications Issue 6, commonly referred to as "POSIX". It can be found online here. The relevant parts are the base specifications on regular expressions (and the rationale) and the description of the regcomp() API.

For an excellent survey on POSIX regexp matchers, see the testregex pages by Glenn Fowler of AT&T Labs Research.

Because of the matching algorithm used in TRE, the maximum time consumed by any regexec() call is always directly proportional to the length of the searched string. There is one exception: if back references are used, the matching may take time that grows exponentially with the length of the string. This is because matching back references is an NP complete problem, and almost certainly requires exponential time to match in the worst case.

A regexec() call never allocates memory from the heap. TRE allocates all the memory it needs during a regcomp() call, and some temporary working space from the stack frame for the duration of the regexec() call. The amount of temporary space needed is constant during matching and does not depend on the searched string. For regexps of reasonable size TRE needs less than 50K of dynamically allocated memory during the regcomp() call, less than 20K for the compiled pattern buffer, and less than two kilobytes of temporary working space from the stack frame during a regexec() call. There is no time/memory tradeoff. TRE is also small in code size; statically linking with TRE increases the executable size less than 30K (gcc-3.2, x86, GNU/Linux).

TRE provides APIs which allow binary zero characters both in regexps and searched strings. The standard API cannot be easily used to, for example, search for printable words from binary data (although it is possible with some hacking). Searching for patterns which contain binary zeroes embedded is not possible at all with the standard API.

TRE is completely thread safe. All the exported functions are re-entrant, and a single compiled regexp object can be used simultaneously in multiple contexts; e.g. in main() and a signal handler, or in many threads of a multithreaded application.

TRE is portable across multiple platforms. Here's a table of platforms and compilers that have been successfully used to compile and run TRE:

TRE 0.7.5 should compile without changes on all of the above platforms. Tell me if you are using TRE on a platform that is not listed above, and I'll add it to the list. Also let me know if TRE does not work on a listed platform.

Depending on the platform, you may need to install libutf8 to get wide character and multibyte character set support.

TRE is released under a license which is essentially the same as the "2 clause" BSD-style license used in NetBSD. See the file LICENSE for details.

There are currently two features, both related to collating elements, missing from 100% POSIX compliance. These are:

These are other features I'm planning to implement real soon now:

Documentation especially for the nonstandard features of TRE, such as approximate matching, is a work in progress (with "progress" loosely defined...)

This allows the user to compile tre with much large stack and ring buffer sizes, if needed to parse very large pattern strings.

A PACKAGING.md file is also added with instructions on how to build a distribution package.

This adds the additional functions from the R library mentioned in issue #13 along with REG_USEBYTES.

Hi, I've compiled the TRE with MinGw and enabled wchar_t. It worked with English words. I've tested it with Persian language but did not work. Is the problem related to MinGw ? How can I fix it ?

Hello! Could you please renew the certificate on https://laurikari.net/tre/ ? It has expired a couple weeks ago:

Your connection is not private Attackers might be trying to steal your information from laurikari.net (for example, passwords, messages, or credit cards). Learn more NET::ERR_CERT_DATE_INVALID

(I wasn't sure if I should update the Readme.md with instructions or not)

Hi there, thanks for this amazing library. I am used to work with third-party APIs that expose TRE, but for the first time I will need to use it directly from within C++.

So, here is what I did. I downloaded a copy of the repository and followed the build instructions:

At that point, all checks seemed to work without any errors until the agrep test stage, where only one test is passed - all the rest fail. In the test log, I see many many identical errors:

For the purpose of further testing, I then continued:

Everything else seems to proceed wit no additional errors. Next, I tried to compile a small test code from a file called test.cpp, located in the root folder, that contains merely:

When I compile with g++ test.cpp -ltre, still no error thrown. However, when I then try ./a.out, I get the error:

How could I solve such issues?

Add distinct error message for maximum number in {} being too large

This PR add a distinct error message for the maximum number in {} being too large (hard-coded to 255 in tre.h).

We recently switched to using tre-regex in Pi-hole and received a report today, that the regex

This was a bit of a mystery at first, as GNU regex doesn't seem to enforce a maximum number of iterations in a bound expression. I propose adding an explicit warning message to help users seeing what is wrong.

The new return code REG_BADMAX has a distinct error message including the upper limit:

Including the limit here seems meaningful as the limit is set at compile time and not customizable during runtime. Hence, users have no access to its actual value otherwise. I use stringification of the C preprocessor to implement this transparently and without overhead.

I added a test case for the new return type. make check passes.

Specifying the function return values in the webpage would be nice

The doc/tre-api.html file in the Git repository explains the return codes of the various functions; it would be helpful if these could be included in the online documentation at https://laurikari.net/tre/documentation/regcomp/ etc. could include this information as well.

The following small example shows that this regex is not handled correctly.

There is a small typo in python/tre-python.c.

Should read software rather than sotfware.