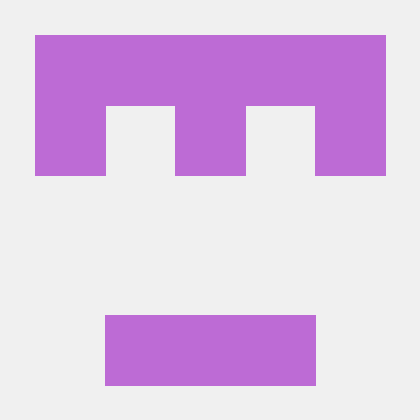 Include What You Use For more in-depth documentation, see docs. Instructions for Users "Include what you use" means this: for every symbol (type, function, variable, or macro) that you use in foo.cc (or foo.cpp), ei

Include What You Use

"Include what you use" means this: for every symbol (type, function, variable, or macro) that you use in foo.cc (or foo.cpp), either foo.cc or foo.h should include a .h file that exports the declaration of that symbol. (Similarly, for foo_test.cc, either foo_test.cc or foo.h should do the including.) Obviously symbols defined in foo.cc itself are excluded from this requirement.

This puts us in a state where every file includes the headers it needs to declare the symbols that it uses. When every file includes what it uses, then it is possible to edit any file and remove unused headers, without fear of accidentally breaking the upwards dependencies of that file. It also becomes easy to automatically track and update dependencies in the source code.

This is alpha quality software -- at best (as of July 2018). It was originally written to work specifically in the Google source tree, and may make assumptions, or have gaps, that are immediately and embarrassingly evident in other types of code.

While we work to get IWYU quality up, we will be stinting new features, and will prioritize reported bugs along with the many existing, known bugs. The best chance of getting a problem fixed is to submit a patch that fixes it (along with a test case that verifies the fix)!

Include-what-you-use makes heavy use of Clang internals, and will occasionally break when Clang is updated. Usually such discrepancies are detected by build bot and fixed promptly.

We also have convenience tags and branches for released versions of Clang (called clang_<version>, e.g. clang_5.0). To build against a Clang release, check out the corresponding branch in IWYU before configuring the build. More details in the instructions below.

We assume you already have compiled LLVM and Clang libraries on your system, either via packages for your platform or built from source. You can use this mapping table to combine Clang and IWYU versions correctly:

NOTE: If you use the Debian/Ubuntu packaging available from https://apt.llvm.org, you'll need the following packages installed:

Packaging for other platforms will likely be subtly different.

To set up an environment for building:

Instructions for building Clang are available at https://clang.llvm.org/get_started.html.

If you're building IWYU out-of-tree or installing pre-built binaries, you need to make sure it can find Clang built-in headers (stdarg.h and friends.)

Clang's default policy is to look in path/to/clang-executable/../lib/clang/<clang ver>/include. So if Clang 3.5.0 is installed in /usr/bin, it will search for built-ins in /usr/lib/clang/3.5.0/include.

Clang tools have the same policy by default, so in order for IWYU to analyze any non-trivial code, it needs to find Clang's built-ins in path/to/iwyu/../lib/clang/3.5.0/include where 3.5.0 is a stand-in for the version of Clang your IWYU was built against.

Note that some distributions/packages may have different defaults, you can use clang -print-resource-dir to find the base path of the built-in headers on your system.

So for IWYU to function correctly, you need to copy the Clang include directory to the expected location before running (similarly, use include-what-you-use -print-resource-dir to learn exactly where IWYU wants the headers).

This weirdness is tracked in issue 100, hopefully we can make this more transparent over time.

The original design was built for Make, but a number of alternative run modes have come up over the years.

(include-what-you-use always exits with an error code, so the build system knows it didn't build a .o file. Hence the need for -k.)

Include-what-you-use only analyzes .cc (or .cpp) files built by make, along with their corresponding .h files. If your project has a .h file with no corresponding .cc file, IWYU will ignore it unless you use the --check_also switch to add it for analysis together with a .cc file.

CMake has grown native support for IWYU as of version 3.3. See their documentation for CMake-side details.

The CMAKE_CXX_INCLUDE_WHAT_YOU_USE option enables a mode where CMake first compiles a source file, and then runs IWYU on it.

or, on Windows systems:

The option appears to be separately supported for both C and C++, so use CMAKE_C_INCLUDE_WHAT_YOU_USE for C code.

Note that with Microsoft's Visual C++ compiler, IWYU needs the --driver-mode=cl argument to understand the MSVC options from CMake.

Using with a compilation database

The iwyu_tool.py script predates the native CMake support, and works off the compilation database format. For example, CMake generates such a database named compile_commands.json with the CMAKE_EXPORT_COMPILE_COMMANDS option enabled.

The script's command-line syntax is designed to mimic Clang's LibTooling, but they are otherwise unrelated. It can be used like this:

or, on Windows systems:

Unless a source filename is provided, all files in the project will be analyzed.

We also include a tool that automatically fixes up your source files based on the IWYU recommendations. This is also alpha-quality software! Here's how to use it (requires python):

If you don't like the way fix_includes.py munges your #include lines, you can control its behavior via flags. fix_includes.py --help will give a full list, but these are some common ones:

How to Correct IWYU Mistakes

When building IWYU in tree with either clang 4.0.1 or clang 5.0, the compilation succeed but I do end up with an unusable executable:

I seek the issue a little bit and found some LLVM bug reference (https://reviews.llvm.org/rL240104) speaking of double link to some LLVM static lib. I did examine the link line for IWYU and discover a lot of duplicates. In fact all LLVM libs where duplicated on the command line.

I commented out the

in IWYU CMakeLists.txt and I end up with an apparently working iwyu:

However on a "real" call using compilation database generated by CMake on my project (which correctly builds with either clang 4.0.1 or clang 5.0.0) I get core dumped.

My LLVM+Clang+IWYU build uses CMake + Ninja with the following parameters:

What should I do to get a working IWYU in-tree build?

Also add include in same directory

The problem arises, as the directory of the file, which is implicitely added to the search path, is not honored. See #271 for this.

This supersedes the patch(es) in #5 and should also close those issues. This solution is better, than adding the main-files directory to the search path, as this does not add it globally which can cause problems if headers are checked, which might not be in the same directory as the main-file.

False positive: suggest include when the type is not used

IWYU is asking me to include "a.h", because I'm accessing the value of meters. I don't think this makes sense, since I'm not explicitly using the type Meters anywhere in my code. Having to include everything that a struct includes seems like a bad idea in my opinion, it breaks the benefits of aggregating types to create abstractions.

Of course, this would be a valid use case:

This doesn't seem to be the case in this example test:

While I can build via

Use absolute paths for glob comparison

It would be better to translate this to the absolute path. This way prefix matching would work (e.g. --check_also=/path/to/project/*).

There is however another way of including QString that is equally feasible:

In this case iwyu suggests to remove this include statement and instead propose to include <QString>. This is obviously not what one would expect.

I suspect that in order to fix this, the mappings script has to be updated to somehow tell iwyu that QtCore/QString and QString are one and the same thing.

Or more broadly: iwyu should take into account that different include statements can actually be the same if the same directory is accessible through multiple entries in the search-path (which is what I assume is the case for Qt that seems to put the qt5 directory as well as its subdirectories (e.g. qt5/QtCore) in the search path.