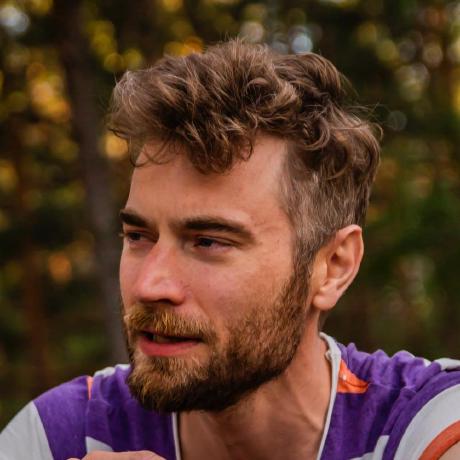 This is a C++ port of https://github.com/mxgmn/WaveFunctionCollapse.

All sample images come from https://github.com/mxgmn/WaveFunctionCollapse

This software is dual-licensed to the public domain and under the following license: you are granted a perpetual, irrevocable license to copy, modify, publish, and distribute this file as you see fit.

The sample images are from https://github.com/mxgmn/WaveFunctionCollapse, so they are NOT covered by the above license.

How to get started

./main.cpp starts with a shell script that downloads dependencies, build, links, and finally runs the program.

This works on Mac and Linux.

All required third-party libraries are included or downloaded by running ./main.cpp. These are:

The sample configuration finishes 25% faster than the original version (50 vs 40 seconds).

Tested on a Linux VM, speed may be better on an installed distribution.

This port supports everything in https://github.com/mxgmn/WaveFunctionCollapse (as of October 2016), though with slightly different input (.cfg files over .xml, for instance).

The code is not optimized nor well-documented. It could also do with some further cleanup.

Showcase speeed improvements over the original

Do some performance tests and present the speed improvements in the README.

Adding -lm to the linker command line solves the issue for me.

Unable to find ".bmp" on Linux

When I attempt to run wfc.bin with no arguments causes it to exit with the following error:

It appears that paths to the bmp files are not getting constructed correctly on this platform, leading the program to attempt to load ".bmp" which does not exist. Copying one of the sample bmps into the current directory and renaming it to ".bmp" allows it to be processed, provided that the "output" directory is also manually created.

It looks like you forgot to actually add the arrays.hpp file to the repo in e0442cb!

Tried running ./main.cpp without any modifications to the program. The following output was generated:

Wondering if I am missing certain specifications or if there is something I can do to fix this.

Having the script in the .cpp file with no shebang makes the file unexecutable with an alternative shell like fish.

i wrote a script to generate the neighbor relations automatically based on faces of the tiles and some other inout i generate data for circuits as .xml and .cfg and run the WaveFunctionCollapse(C#) and wfc(C++) binaries

WaveFunctionCollapse(C#) generates new patterns every time while wfc does not

for different data.. namely by removing a few tiles from the generated data.cfg wfc generates it just fine

i uploaded the sample directory i used as well as the data and samples files here http://nikky.moe/wfc/ this is the latest generated stuff i made sure it generates xml and cfg in parallel from the same input

could somone either fix whatever behaves differently or point me to which lines in the data.cfg break it so that i can adjust my script?

This just moves files around. It seems to be a bit nicer to read now.

Change project to use Makefile

I also suggest to add this fancy badge in the README.md: