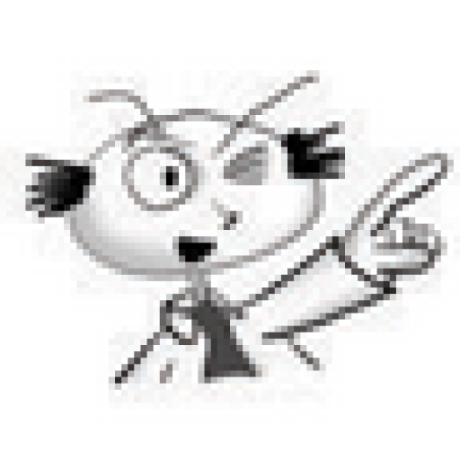 CException - Lightweight exception library for C This Documentation Is Released Under a Creative Commons 3.0 Attribution Share-Alike License CException is simple exception handling in C. It is significantly faster than full-bl

This Documentation Is Released Under a Creative Commons 3.0 Attribution Share-Alike License

So what's it good for?

Mostly error handling. Passing errors down a long chain of function calls gets ugly. Sometimes really ugly. So what if you could just specify certain places where you want to handle errors, and all your errors were transferred there? Let's try a lame example:

CException uses C standard library functions setjmp and longjmp to operate. As long as the target system has these two functions defined, this library should be useable with very little configuration. It even supports environments where multiple program flows are in use, such as real-time operating systems... we started this project for use in embedded systems... but it obviously can be used for larger systems too.

There are about a gajillion exception frameworks using a similar setjmp/longjmp method out there... and there will probably be more in the future. Unfortunately, when we started our last embedded project, all those that existed either (a) did not support multiple tasks (therefore multiple stacks) or (b) were way more complex than we really wanted. CException was born.

Code that is to be protected are wrapped in Try { } blocks. The code inside the Try block is protected, meaning that if any Throws occur, program control is directly transferred to the start of the Catch block. The Catch block immediately follows the Try block. It's ignored if no errors have occurred.

A numerical exception ID is included with Throw, and is passed into the Catch block. This allows you to handle errors differently or to report which error has occurred... or maybe it just makes debugging easier so you know where the problem was Thrown.

Throws can occur from anywhere inside the Try block, directly in the function you're testing or even within function calls (nested as deeply as you like). There can be as many Throws as you like, just remember that execution of the guts of your Try block ends as soon as the first Throw is triggered. Once you throw, you're transferred to the Catch block. A silly example:

This library was made to be as fast as possible, and provide basic exception handling. It is not a full-blown exception library like C++. Because of this, there are a few limitations that should be observed in order to successfully utilize this library:

CException is a mostly portable library. It has one universal dependency, plus some macros which are required if working in a multi-tasking environment.

The standard C library setjmp must be available. Since this is part of the standard library, it's all good.

If working in a multitasking environment, you need a stack frame for each task. Therefore, you must define methods for obtaining an index into an array of frames and to get the overall number of id's are required. If the OS supports a method to retrieve task ID's, and those tasks are number 0, 1, 2... you are in an ideal situation. Otherwise, a more creative mapping function may be required. Note that this function is likely to be called twice for each protected block and once during a throw. This is the only added overhead in the system.

You have options for configuring the library, if the defaults aren't good enough for you. You can add defines at the command prompt directly. You can always include a configuration file before including CException.h. You can make sure CEXCEPTION_USE_CONFIG_FILE is defined, which will force make CException look for CExceptionConfig.h, where you can define whatever you like. However you do it, you can override any or all of the following:

You may also want to include any header files which will commonly be needed by the rest of your application where it uses exception handling here. For example, OS header files or exception codes would be useful.

Finally, there are some hook macros which you can implement to inject your own target-specific code in particular places. It is a rare instance where you will need these, but they are here if you need them:

If you want to validate that CException works with your tools or that it works with your custom configuration, you may want to run the included test suite. This is the test suite (along with real projects we've used it on) that we use to make sure that things actually work the way we claim. The test suite included makes use of the Unity Test Framework. It will require a native C compiler. The example makefile and rakefile both use MinGW's gcc. Modify either to include the proper paths to tools, then run make to compile and run the test application.

This software is licensed under the MIT License: Copyright (c) 2007-2016 Mark VanderVoord

Permission is hereby granted, free of charge, to any person obtaining a copy of this software and associated documentation files (the "Software"), to deal in the Software without restriction, including without limitation the rights to use, copy, modify, merge, publish, distribute, sublicense, and/or sell copies of the Software, and to permit persons to whom the Software is furnished to do so, subject to the following conditions: The above copyright notice and this permission notice shall be included in all copies or substantial portions of the Software.

Regarding release cycle of this project

I was wondering if there is a plan to have more releases of the CException project or is 1.3.1 the only release available? Simply asking because I would like to add this to the Dragon WrapDB service and am just wondering if I should subscribe to this repository for any potential releases.

"execute" should be replaced to "exec"

Clarify conditions under which to use volatile

In the README.md the rule:

If (a) you change local (stack) variables within your Try block, and (b) wish to make use of the updated values after an exception is thrown, those variables should be made volatile.

Is a little cryptic without an example for context. It seems to assume slightly more intimate knowledge of setjmp and longjmp.

More specifically, when you refer to stack variables, do you mean stack variables declared anywhere that make their way into a Try block. Does this include stack-allocated variables up the call tree?

Are both a and b at risk here? Is x (the stack memory a points to) at risk?

Is there a safe procedure for C++ interaction

Is there a safe way of wrapping frameworks using CException with C++? I realize C jumps subvert stack unwinding, causing undefined behaviour. Still, the project I'm working on will most certainly be wrapped in C++ by users.

What I'm interested in is if there's a pattern that ensures safe integration with C++. Ideally, there could be some conversion from CExceptions to C++ exceptions.

I imagine no C++ class instances would be allowed to instantiate or destruct themselves in a Try block. I also imagine it would be absolutely necessary to ensure no CExceptions escape upwards into C++ land, which means there would need to be very tightly scoped wrapping. I also imagine it would be illegal to leverage CException at the C++ level as a stand-in for C++ exceptions. Am I on the right track with this line of thought?

Does this nice lib work with FreeRTOS?

does this nice lib work with FreeRTOS, too?

Hi! I'm trying to use your library on some test project to learn something new, but with a simple "main" that only does this:

I tried also to debug it from MPLABX v5.35, XC16 V1.50 and after i get out from System_Initialize() i still have e=CEXCEPTION_NONE, when initialized, or e=0xFFFF when not initialized but I don't understand why it goes into the catch anyway.

I then tried to run your test (the one included with your library), and luckily it fails in the same way (at least, I have some correlation):

The first test does exactly what my main does, therefore I expected this behavior. For reference, I'm using ceedling (locally initialized with its libraries, CException included) with this project yaml:

and calling the MDB simulator with this code:

That calls these commands:

Any help is appreciated, I'd love to use your libraries in my projects :)

EDIT: I initially had "use exceptions: FALSE" with the manually added path for tests pointing to the "vendor" folder (see edit history). By changing "use exceptions" true and erasing the path to "vendor" the test worsened the result:

Since there are rules for how to use this properly, it would be nice to have a static analysis tool that can warn the programmer when they are potentially misusing it.