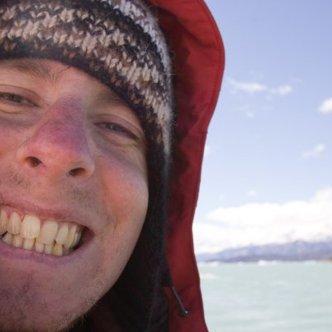 Since this is a single header library, just make a C file with the lines:

The function _is_slow can be used to tell if you have a non-optimised radix calculation in your fft (ie the slow DFT is called). This will also increase the memory requirements required by the workset.

All functions are namespaced with meow_ and all Types by Meow_.

I thought I could write a faster FFT that kiss_fft, since I couldn't use FFTW3 due to its GPL license. LOL, If I knew about the pffft library, I would have just used that instead.

I found changing compiler flags can make the FFT go faster or slower depending on what you want to do. For example, using gcc with -march=native on my i7 resulted in the > 2048 FFTs going faster, but the < 2048 FFTs going twice as slow. I also got mixed results with -ffast-math. Basically, you need to figure out what FFTs you are going to use, and then benchmark various compiler options for your target platforms in order to get any useful compiler based performance increases.

I have implemented a non-scaled, float based decimation in time, mixed-radix, out of place, in order result fast fourier tansform with sequentially accessed twiddle factors per stage, with seperate forward and reverse functions. It has custom codelets for radices: 2,3,4,5 and 8, as well as a slow general discrete fourier transform (DFT) for all other prime number radices.

Secondly, I have also a real only FFT that uses symetrical based mixing in order to do a two for one normal FFT using real data.

I wrote my FFT using kiss_fft, and engineeringproductivitytools as a guide, as well as many days and nights going "wtf, I have no idea what I'm doing". I used FFTW's fft codelet compilers to generate my radix-8 codelet, as doing code simplification by hand would have taken me another six months.

All in all it took me one year of part time coding to get this releasable.

Could be faster if

All builds used GCC with -O2 -g. The ARM build use the command line options:

The time taken to do an N point FFT every 32 samples of a 5 second 16 bit mono 44.1Khz buffer (signed 16 bit values) was mesasued. This was then divided by the number of FFT calculations performed to give a value of microseconds per FFT. This was done 5 times and the median value was reported.

Results for meow_fft, kiss_fft, fftw3 and pffft were taken. fftw was not tested on the ARM platform. Some tests for pffftw were skipped due to lack of support for certain values of N. pffft uses SSE/NEON vector CPU instructions.

NOTE FFTW3 results are currently wrong as its using hartly instead of real FFT transform. Updated benchmarks are pending...

Power of Two values of N

In a perfect world, doing an FFT then an inverse FFT on the same data, then scaling the result by 1/N should result in an identical buffer to the source data. However in real life, floating point errors can accumulate.

The first 32 values of the input data were compaired to a scaled result buffer and then the difference multiplied by 65536 to simulate what the error would be for a 16 bit audio stream using 32 bit floating point FFT maths. The worst error of the first 32 values was recorded for each FFT tested for size N.

Even though real->FFT->IFFT->real works, the FFT itself is all jumbled up (doesn't match FFTW, PFFT, Kiss FFT).

Obviously I have my maths wrong somewhere.

Hello, professor, I am having some problem in r2c FFT implementation, I wanna know if this library support odd length of r2c FFT? such as N=5.

however the actual function signature is:

This invalidates the readme example. The signature of the one passed in by readme is:

I think it's supposed to be:

as that is what works in my code.

move 'inline' to the beginning of declarations

To avoid these warnings with GCC8.

(I compiled it to do a benchmark of a bunch of FFT libraries: https://github.com/project-gemmi/benchmarking-fft)

Articulation of what the complex format is or how to convolve?

It would be helpful if there was more articulation in the documentation about what this means or how to convolve two real signals.